Hello
I have a 58 plate 3.0 Tdi that has just turned 57k
The other Day it stopped. And that's it, it starts for about 2 seconds takes no throttle and shuts down again.
OBD only showed 1 fault briefly on the EGR.

Starting the engine several times trying to get it to run long enough to gather some live data appears to have drank a litre of oil, The oil light came on and now the warning for the DPF on the cluster came on.
I removed the intake pipe from the I/C to the inlet Manifold and when starting the intake spits out loads of oil from the manifold side.
Obviously I assumed the turbo was gone.
Myself and a mechanic pondered that maybe their was an airflow issue and the engine was unable to breathe which is causing a vacuum in the engine drawing the oil up from the sump, Has anyone experienced anything like that?
I'm in the process of trying to remove the EGR valve (Its a ****** nightmare) so far I've managed to remove Intake manifold and N/S intake plenum, simply to inspect and test the egr system and see why it brought up a fault. Tumbler valves and motors all appear to be well.
Has anyone experienced turbo failure at such a low mileage?
Its just odd that with no warning the engine stops and refuses to run.
Loads of oil in intake and now exhaust but that's a symptom not a cause I believe.
Any and all help appreciated
Regards

Is anybody familiar with testing the EGR. Which pins need power to excite the valve.
Bottom image is of the main Butterfly valve in the cooler prior to the EGR valve.
This was seized open. would that cause any of the symptoms I've described?
Cheers

Hi, very strange fault. If the turbo has failed it's unusual at that mileage. check for endfloat on it, there should be no more than a very small amount. There is a small amount of side to side movement on the shaft as it's a journal bearing turbo.
If you have VCDS you can use the output function to check the motor by as it will cycle it through it's operating range.
There is a throttle valve on the engine part 15 in the parts diagram.
http://audi.7zap.com/en/rdw/audi+a4+avant/a4/2009-636/1/145-145095/
This is part of the EGR system and closes to throttle off incoming air so the the engine uses more EGR. If this was to close completely it would effectively stop the engine.
Karls 382bhp A4 3.0 TDI build thread
MK1 511bhp TT track day car Build thread 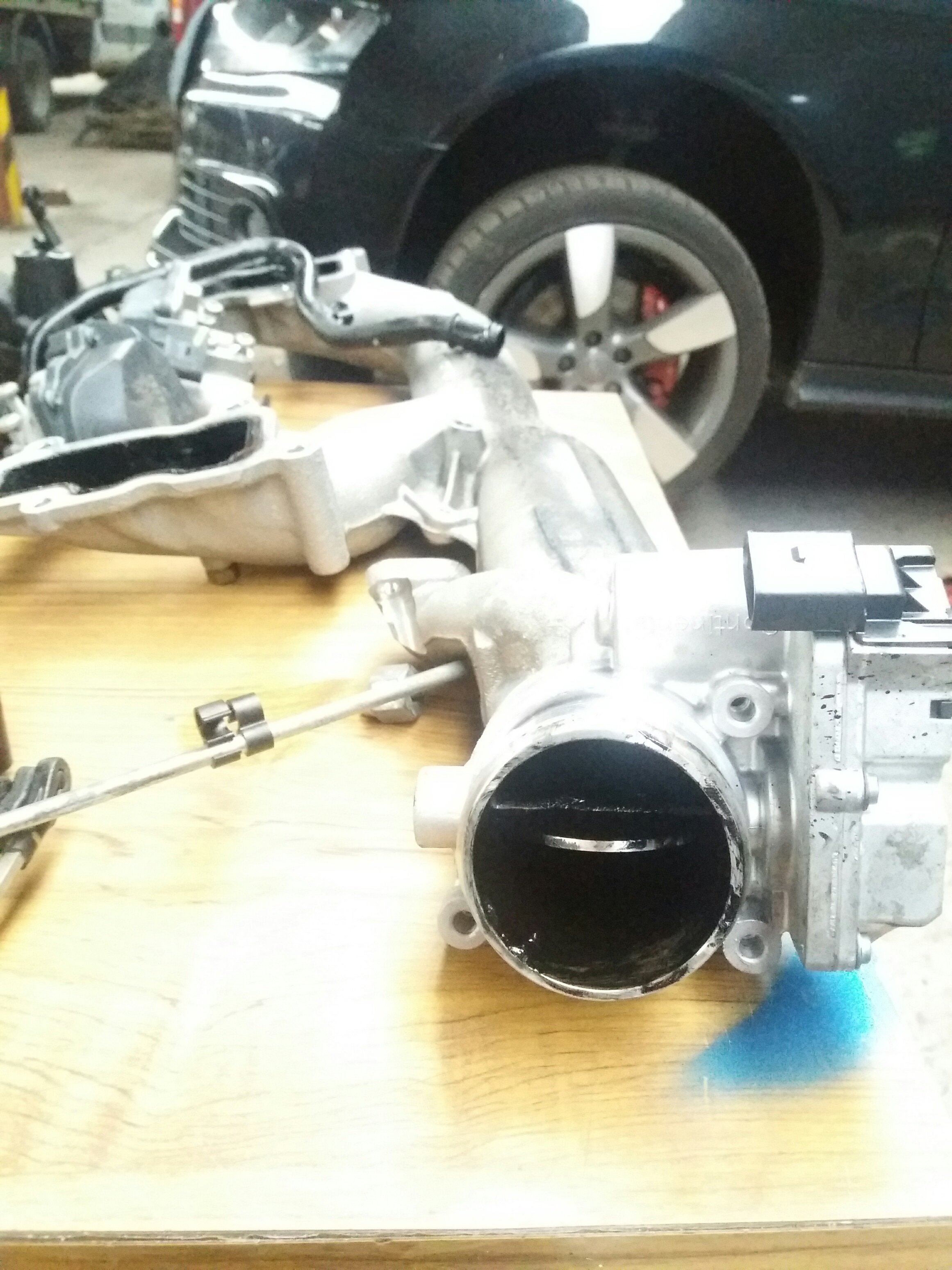 This Valve? its free just now off the vehicle, I don't think when its plugged in its being held shut as the oil was exhausting from here when it was trying to start.
Ill have a look at the turbo and see if there is anything obvious.
Id still like to test the EGR off the car, As when motored by a Delphi OBD computer the EGR sounded like it was functioning, but id like to see it working with the EGR valve visable.
Cheers