Okay so as maybe you have seen i have crashed my car in to the back of an idiot. 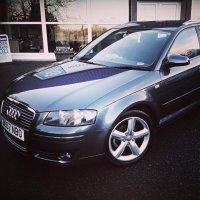 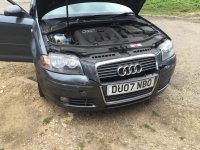 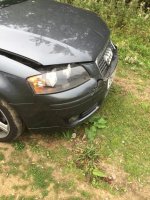 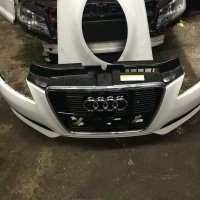 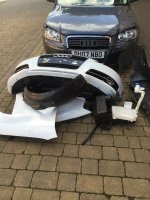 Now the chap who is assembling this for me has run in to some issues.
First he said the wings holes don't align up.
Now that he managed to fit these somehow, he is having trouble to align them to the body and the bonnet.
Alignment Pictures.

Mirrors to come
Have the ones from 2010 power folding.

And i have a rear bumper lip

Okay so I got so this far. I have picked the wheels up and they are stunning. I did a test fit to the car. Also while I was there and picked the wheels up the chap had a Coilovers kit. FK street.
1000 miles use out of it. Bargain for £80.

I have wired my mirrors up so the turn signal works.
1 question here

My Parking lights are not working with these new facelift headlights. The chap just plug the wires in and all other work only the side lights / parking lights.

Another question regarding the turn signal
I have it under the wing and I have a wire to the door module to make it work in the mirrors. What resistor or capacitor I can put instead of the bulb ?

Okay the lights where easy to sort out in the end.
Old lights have a wire on pin 4 and pin 10 is balked with a rubber thing.
New lights have the wires on pin 10 and pin 4 is blanked.
So i pushed the pins out and reversed them.

Wing mirrors.
wire from the positive lead of the wing indicators which are unde the wing now, to pin 13 on the harness ( yellow cable)
and it works.

the wings have some clearance on the holes so that they can be pulled and pushed in and out to get the gap correct . also try to push the bonnet over more at the hinge as they are also elongated holes . may also need the bonnet catch re aligning slightly .

Any pics of the finished project mate?

TomL83 said:
Love the new alloys. What are they?
Click to expand...

Yet another a3 buying question

Yet another a3 buying question