Woke up to smashed window :(

So I woke up to find this , this morning . Didn’t hear a thing and bedroom looks over the driveway . Mind I was tired and a couple of glasses of red .

Strangely no other cars in cul-de-sac were smashed and a neighbour has a nice white b8.5 convertible (but a 2.0tdi) whereas mine is a 2.0tfsi Quattro avant.
Police think it was vandalism more than attempted theft, I’m not sure of that .
They say most burglars know they can’t steal a modern car

I Didn’t have any valuables lying visible so I think they ere trying to steak it
it’s a new build estate so there have been quite a few ‘opportunist burglars trying doors to houses and cars at night but not seen anyone’s window smashed like this before .
Hoping it wasn’t gangs that know how to steal these and just some jumped up theives thinking they do ... 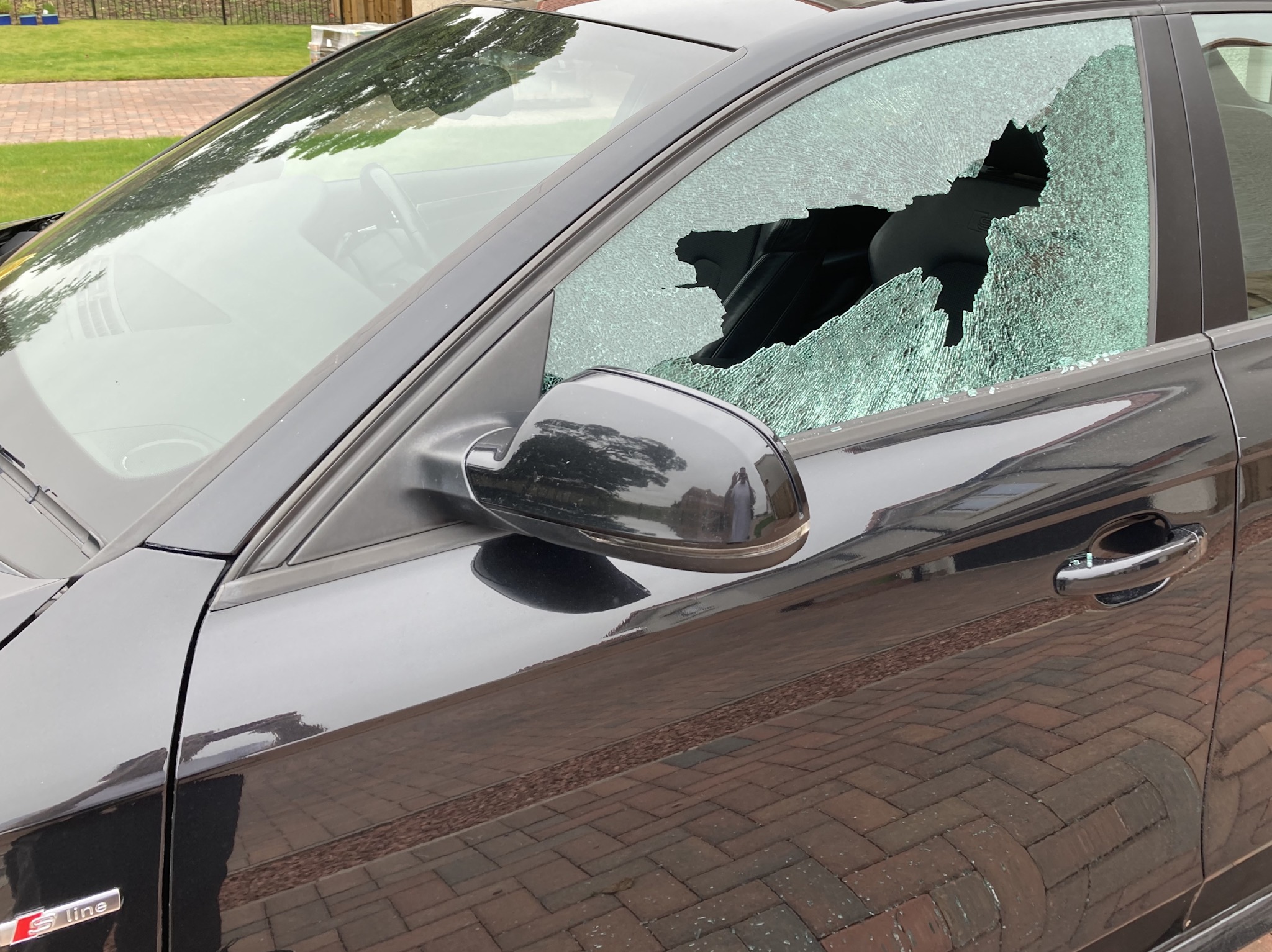 Doesn’t look like they tried to get into it or more glass would be displaced. Not ****** anyone off recently have you?
Volume is nothing without control

Simon said:
Doesn’t look like they tried to get into it or more glass would be displaced. Not ****** anyone off recently have you?
Click to expand...

Hug your kids at home, but belt them in the car.

Was there nothing inside or on the ground below to suggest something was thrown or kicked up by passing vehicle?
Mirrors are not my friend

Alistair D said:
Was there nothing inside or on the ground below to suggest something was thrown or kicked up by passing vehicle?
Click to expand...

No, no stones or things that could of smashed it lying around or in car.
And we are in a access private road , neighbours drives either side (they are sound) only a public footpath on far edge of private road , would of have to be a good shot to smash it cleanly first time from the footpath, without seeming dents or marks from other attempts .
Which makes me think someone has come armed with a window hammer .
no CCTV picked anything up , though if they we dressed in black and crept around lowly they wouldn’t set off any motion sensors or be seen.
all very strange ...
Current - A4 Avant B8 2.0 TFSI Quattro S-Tronic S-Line Black Edition , 19s Le Mans , 1/2 leather , Phantom Black
Previous - A4 Avant B7 2.0T Quattro SE , Mauritius Blue
First - A3 1.8 T Sport 3dr , Phantom Black + leather
You must log in or register to reply here.