What have you done to your A4 b6 today?

mrchimps said:
yeah that's what i'm thinking. Apparently only gets 1% of MPPS ecu's back from bricking, but i know my luck and I would probably be in that 1%
Click to expand...

Thats a good percentage to work with, but you an me both..would probably be in that 1%.

How did you get around this, as I will be fitting front and rear s4 brakes in a couple of weeks?
Made on the red side of Manchester.

After a couple of hours searching through the interweb I've found the solution.
You undo the two retaining clips and you can pull the cable towards the rear end of the car an inch. This is enough to get it over the arm.
Made on the red side of Manchester.

Found the source of my suspension rattle (fingers crossed), both lower front arms (the straight ones which the shock and drop links connect to) had play in their ball joints so ordered a pair, fitting them tomorrow. Also found I have a split inner CV gaiter on the front, a genuine gaiter from TPS was £28.99 plus vat! needless to say I shopped about and found one for £6.
Chris "The Machine" Green.
2003 Audi S4 Avant

Jimmy TDI said:
After a couple of hours searching through the interweb I've found the solution.
You undo the two retaining clips and you can pull the cable towards the rear end of the car an inch. This is enough to get it over the arm.
Click to expand...

got some silver indicator bulbs from Halfrauds for £6.

looks a bit cleaner up front.

What have you scanned it with mate?

If you want me to scan it for you I don't mind, just pop down.
Made on the red side of Manchester.

So replaced both lower front arms and inner CV gaiter and guess what? That's right the rattle is still there.

I have a nagging suspicion it could be the top mount or the cheap AP coilovers but the suspension arms are all a bit tired as well so i'm going to slow time replace them and see how that goes.
Chris "The Machine" Green.
2003 Audi S4 Avant

Been and picked an exhaus up to go with the S4 rear bumper, and ordered an EGR delete pipe why my ASV has packed in.
Made on the red side of Manchester.

Went to open my bonnet this morning and found it had seized shut. Thought it was the cable that had seized but turned out it was the locking mechanism itself. Managed to get the bonnet open and got the lock out and got it working. Lubed up the cable when I was at it. Works like a dream and no broken handle! Will have the give the engine bay a clean some other day
12 Audi A6 3.0 v6 TDI Sline quattro Avant
04 Audi A4 1.8T(190)Sport quattro Avant

Jimmy TDI said:
What have you scanned it with mate?

If you want me to scan it for you I don't mind, just pop down.
Click to expand...

Nice1 @Jimmy TDI was goin give you shout over the weekend, only used a old reader 1. Now the glow plug light flashes as well, but goes of after a few mins.
B6 1.9tdi Quattro Avant Sport:
My Build Thread =http://www.audi-sport.net/vb/a4-a4-cabriolet-s4-forum-b6-chassis/212077-so-begins.html 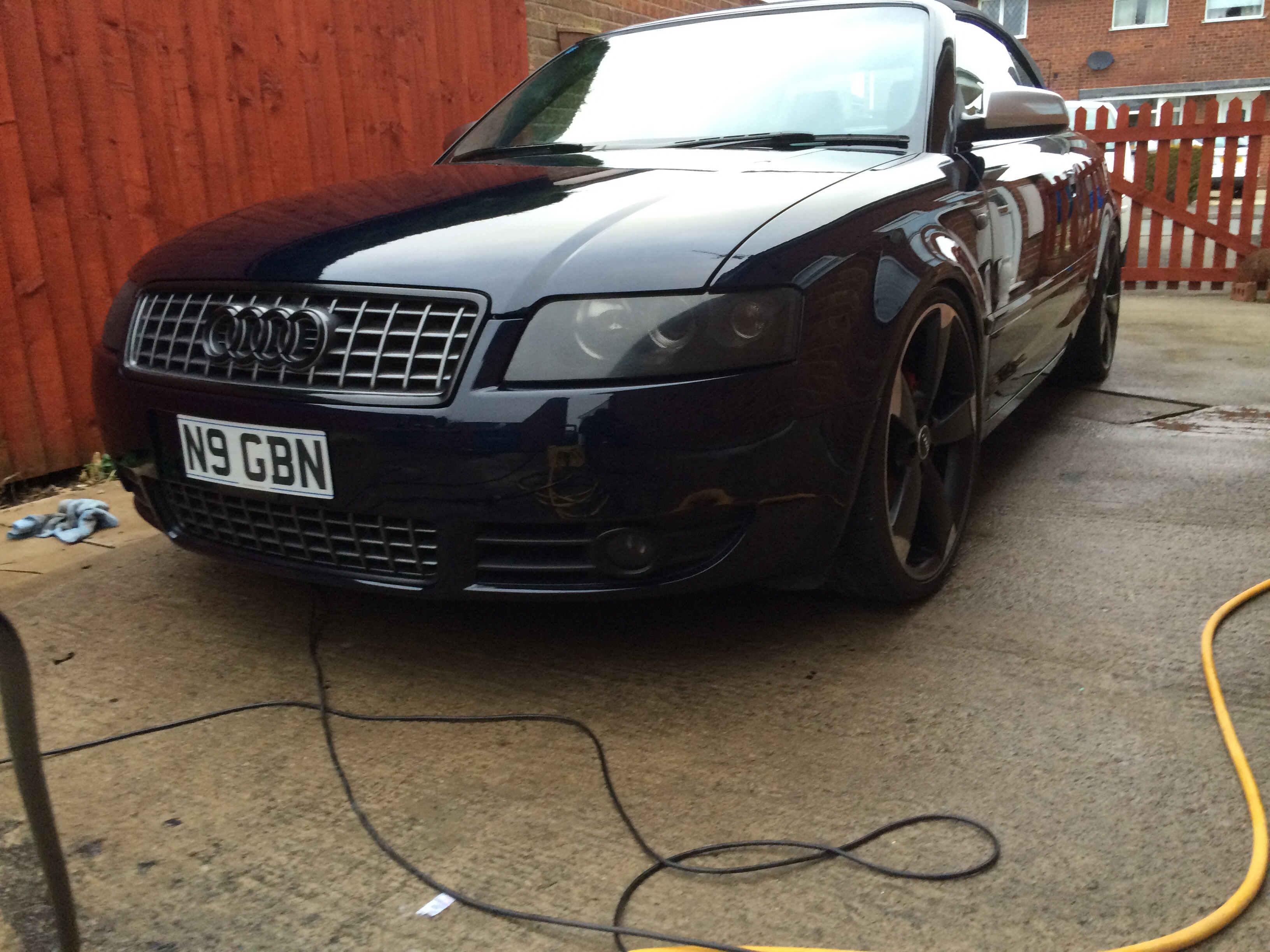 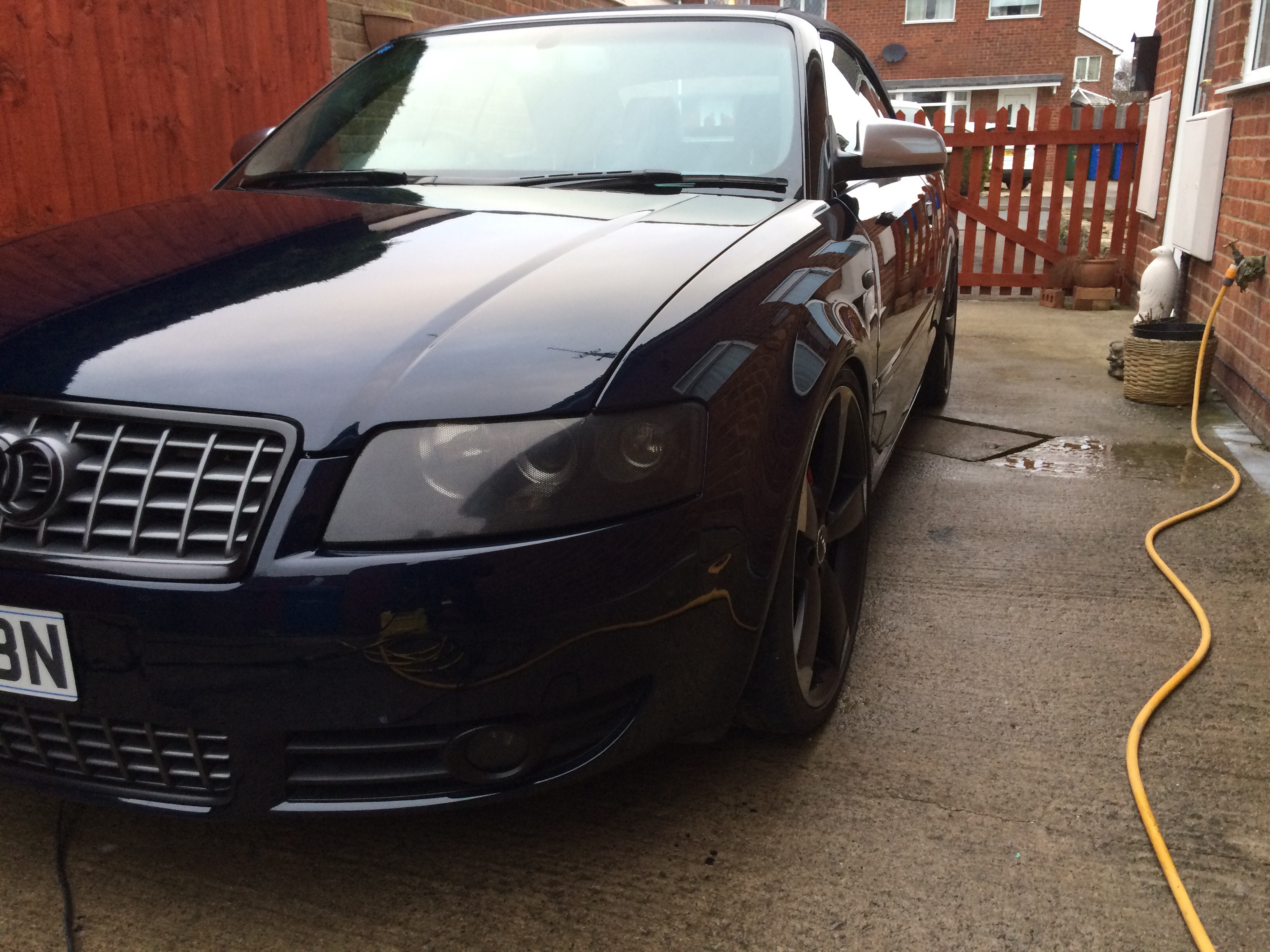 wowzers. looking good. how did you tint your headlights?

mrchimps said:
wowzers. looking good. how did you tint your headlights?
Click to expand...

looks nice. will give it a google

A quick wash and wax

Got the wench to shampoo the rear seats,mats and boot floor

They came up a treat well pleased

Also took the dog out the local nature reserve and they had an Easter event on, seen a lovely b6 avant in silver, bbs lms
It sat mint but couldn't nab a pic
It really got me thinking about getting mine up to Syracuse rather than get a new car next year lol
03 Mig blue 1.9tdi 130 saloon:- GMBH front, dark tints all round, fk coilovers,
BMW TIGERCLAWS 19" 9j front + 10j rear, debadged rear. HIDs 6k, egr delete
cominig soon:- votex rear,front end respray, parrot kit, remap, full paint correction 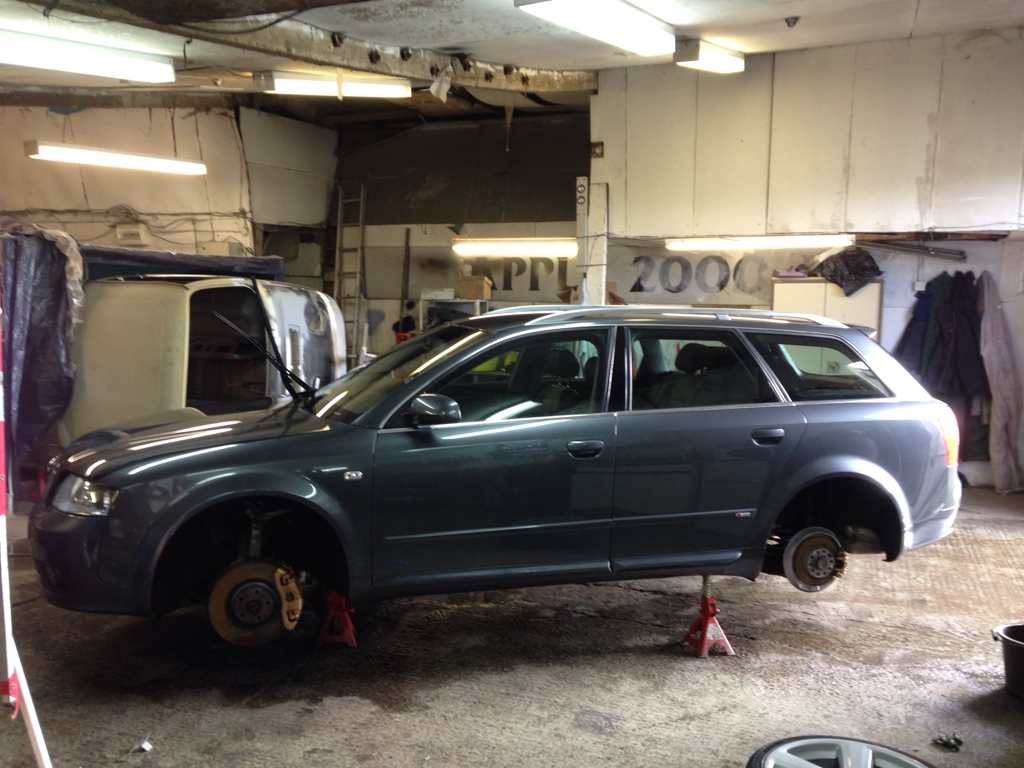 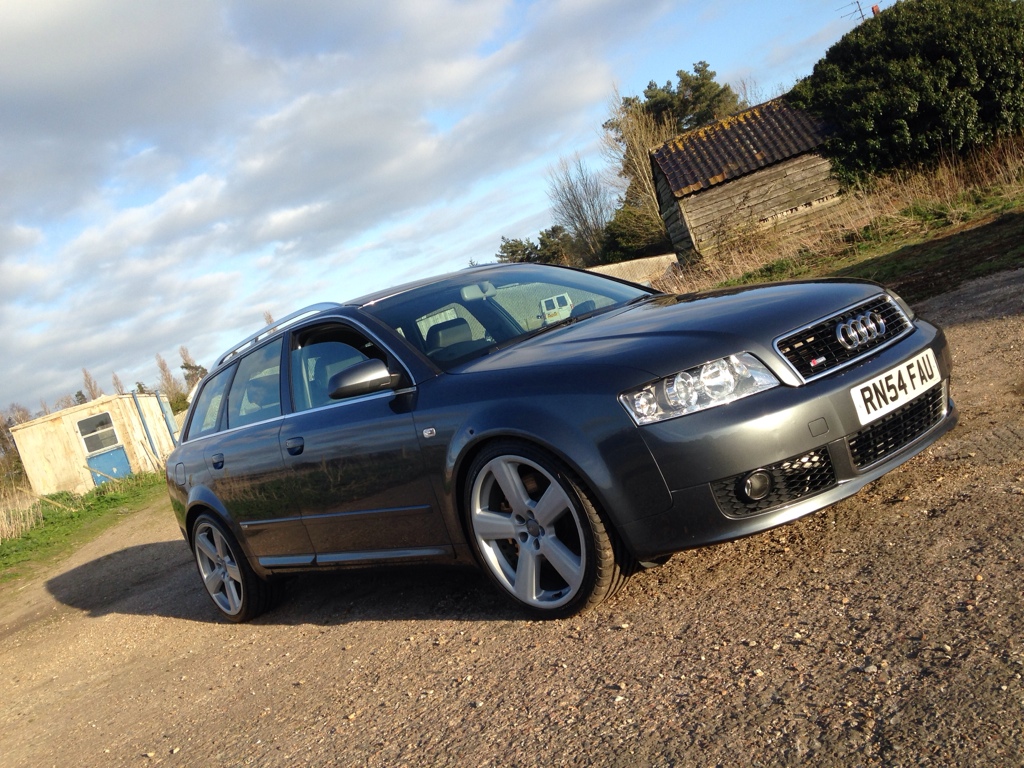 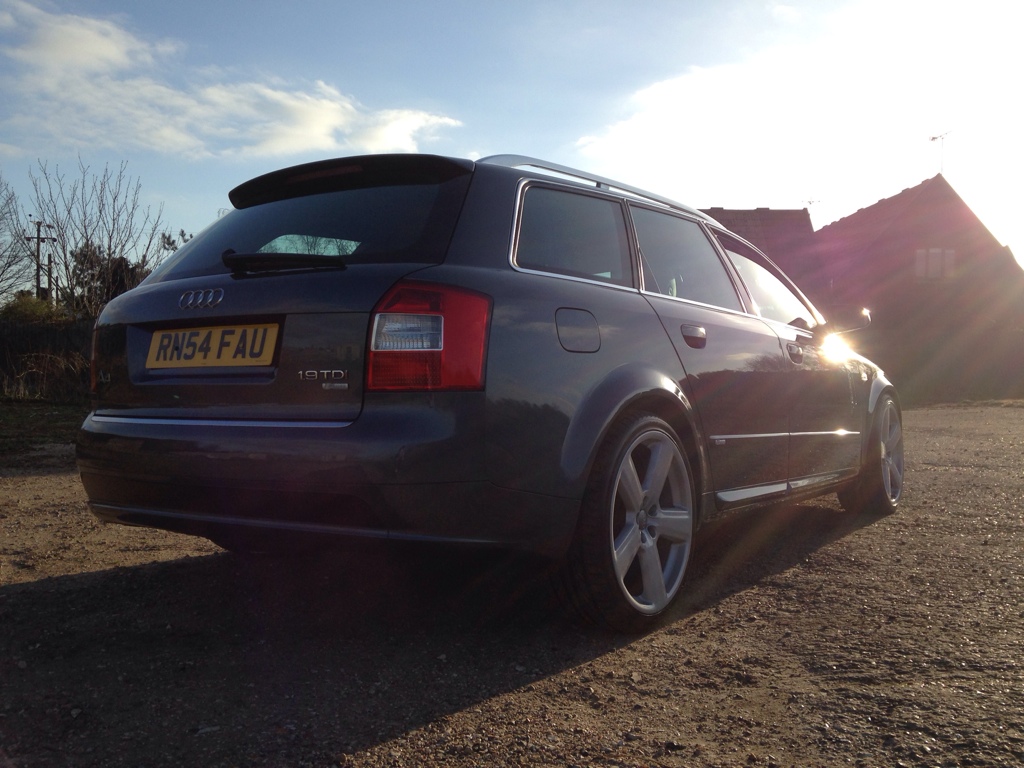 mrchimps said:
looks nice. will give it a google

A popular alternative for 'darkening' the head or tail lights is 'Lamin X' as its a tint film in different percentages you like.

ruffrida said:
Bought a new brake light switch, a whole £3.50 for a OE one. Happy days. Will fit it after work
Click to expand...

On Monday I removed the alarm siren as its bust. What a PITA it is to get to on the Avant!
2007 Audi A4 S-Line TFSI

hac a go at tinting my windows on the avant, then remerbered im crap at it and gave up

Came up intermittent fault and had esp light keep coming on. All sorted now
B6 1.9tdi Quattro Avant Sport:
My Build Thread =http://www.audi-sport.net/vb/a4-a4-cabriolet-s4-forum-b6-chassis/212077-so-begins.html

Took a day off to do a number of things and one of them was to wire in and fit rear foot well lights to match the front ones.
Mike
VW Golf GTI Mk5
Audi A4 B6 TDI Sport - AVF - GmbH/S-Line kit
VW Lupo GTI
VW Golf GT TDI
Audi S3

Not posted on here for a while which is kind of a good thing I guess?! Either way she's been getting a little bit of pampering over the last month or two. I reckon TPS have made a small fortune out of me recently the bar-stewards!

First, I Finally got round to fitting the aero wiper arms I got off an S4 that was on here ages ago being broken for parts. They arrived in absolutely mint 'as new' condition which was pretty dope as the old standard arms looked gash and were getting more and more corroded - plus standard Bosch wipers simply suck after about a week. Soon after it went for a full service at Audi + new aero wiper blades as the ones that came with the arms were a bit cack.

Then a couple of weeks later found the alarm/boot warning light on dash/interior courtesy light were randomly going off. This was literally a couple of weeks after asking dealer to clear the rear washer jet when it was in for service. Must have disturbed something - in hindsight it was probably the brass washer pipe that carries the water through the motor assembly giving up the ghost (as they do) after being fiddled with. That the alarm was going off again so soon was somewhat concerning though, as it had had a genuine siren and main battery from TPS back in December, due to the old siren suffering from the usual leaky battery dramas inside the unit. After replacing those the alarm system was fine again.

Anywho, Found the fault to be the washer motor leaking from within itself and working itself into the boot micro-switch so off with the boot trim, well actually it was already off, goof.. (what a freakin' pain in the ar$e that was!). Removed and cleaned boot lock/ handle/micro switch, New rear wiper motor fitted, new washer jet, wiper blade and new bung between motor/windscreen/wiper arm, just for the hell of it, oh, and a new nut! (Terrible OCD, I know) Bleedin' thing is ferocious now. Testing the washers to make sure there is no leakage from anywhere else and the whole tailgate and rear bumper is absolutely caked in screenwash as was half the drive and the neighbours Nissan Micra! Not sure Audi quite intended it that way but what the heck, it beats the rat pi$$ that was dribbling out of it before. Replaced old no. plate light plinth with a new one while I was at it and reverted back to original audi no. plate bulbs/holders. The crappy Chinese LEDs I had kept letting water in every time I jet washed the car and burning themselves out, got fed up after going through 2 sets in less than 18mths.

Then we had a couple of advisories to take care of after being noted on the service - New front c-links, new front brake pipe flexis, new RS4 rear anti-roll bar, brackets, bushes and bolts, (the collars on the old arb had disintegrated and being that they are part of the roll bar itself it didn't work out a great deal more expensive to upgrade the lot to an RS4 jobby). And my word... she drives soooooo much better in the corners now! ****** remarkable!

Had the thermostat changed on the previous service in April last year as part of cambelt, water pump, yada yada routine as I had noticed the temp was fluctuating all over the place and never really getting to 90 degrees, thermostat cured it. Well now I noticed it was doing it again. Highly unlikely that the stat could have failed (though not impossible) so this time plumped for the coolant temp sensor anyway, changed that and it's all fine again

Fitted some new Passat fan style heated washer jets and shims. Much better than the lame water pistols I must admit! Managed to put my elbow through the mesh part of the plenum chamber cover whilst fitting the passenger side one though! ****** plonker... Must remember to order another one of those. Bought a new battery cover for it aswell (again) as my ham-fisted father in law failed to realise the relevance of the 'ARROWS' on top of the cover and just yanked the damn thing off thus destroying the clips when the car needed a jump start back in December (hence the need for a new battery). I'd only just changed the cover on it a few months ago due to the original one being super-goosed!

Bought a new headlight switch also. Couldn't stand looking at the flickering LED's any more! I know they can be repaired but seriously couldn't be bothered faffing around with it tbh. £80 odd quid though? No need...

Oh yeah, managed to get my colour DIS clocks fitted and coded in properly too at Audi so they all work now. Really chuffed they managed to get them working though as I was a bit paranoid that it might not be possible after reading up on the web about all the potential pitfalls. There are so many variables and it's all a bit hit and miss with clock changes as to whether you can get them to work or not. Happy to say they are working correctly and got mileage adjusted by a third party to read what my previous clocks were displaying (Audi point blank refused to alter mileage, somewhat understandable) so everything is spot on now. Now way was I having 186k showing on a 76k car! Just need to collar NHN and coerce him to head up ' norf and fit/code my cruise and DIS stalks that are sitting here gathering dust.

Next things on the list are to get these under seat storage bins fitted, drop in two sets of Philips X-treme 130% bulbs for the headlights and main beam which have been sitting around for the last 6 months then sort out the dreaded rust on these front wings. New wings and front end respray methinks . Finally a detail and a big set of summer wheels and I'm done with this biiiaatch for another year, or until something else breaks!

So all-in-all a couple of repairs, a few subtle mods and now she's feeling much better for it. Shame my bank balance isn't Stoopid cars... I love you though baby..!
Last edited: Apr 12, 2015
NULL
C 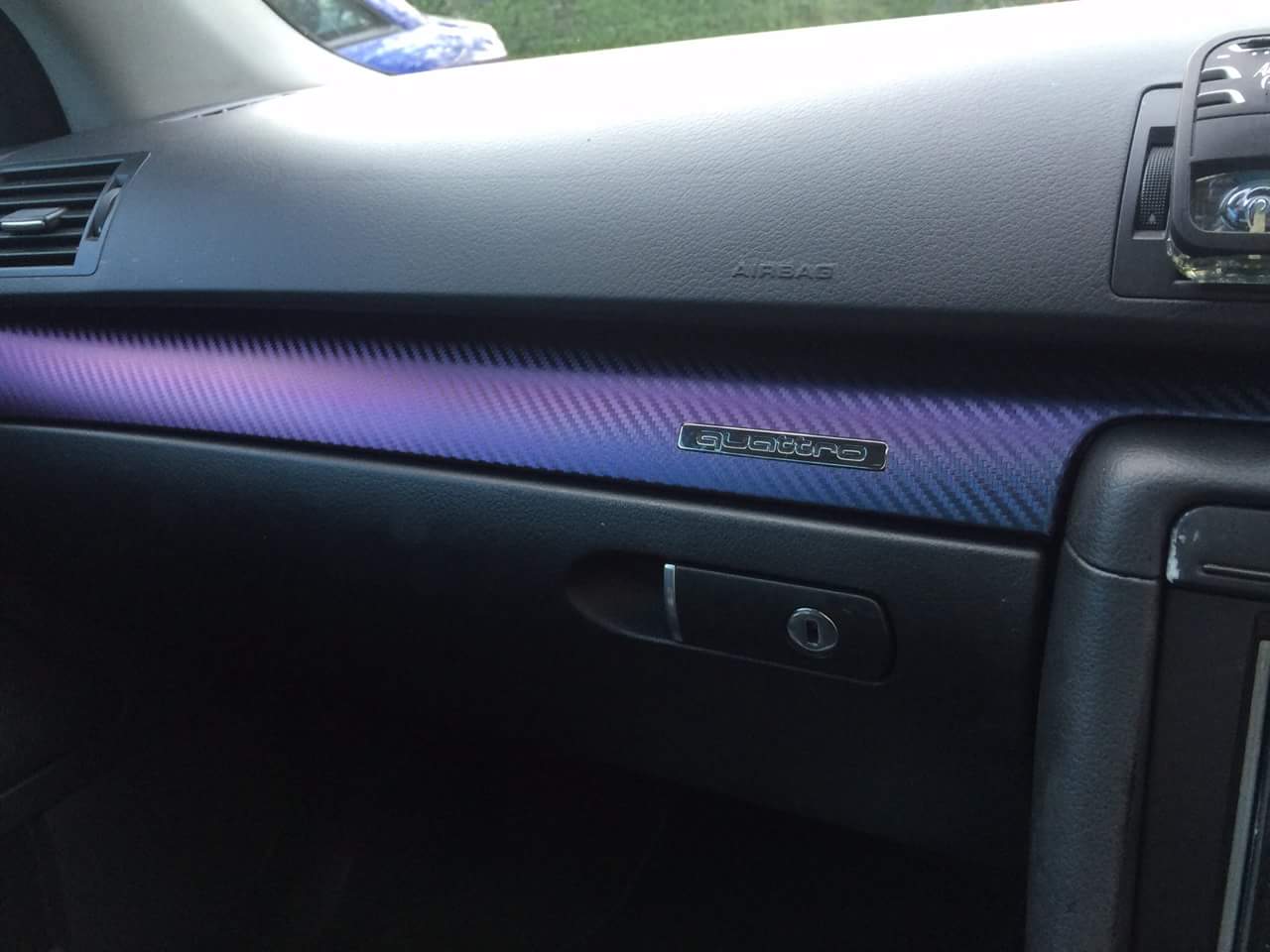 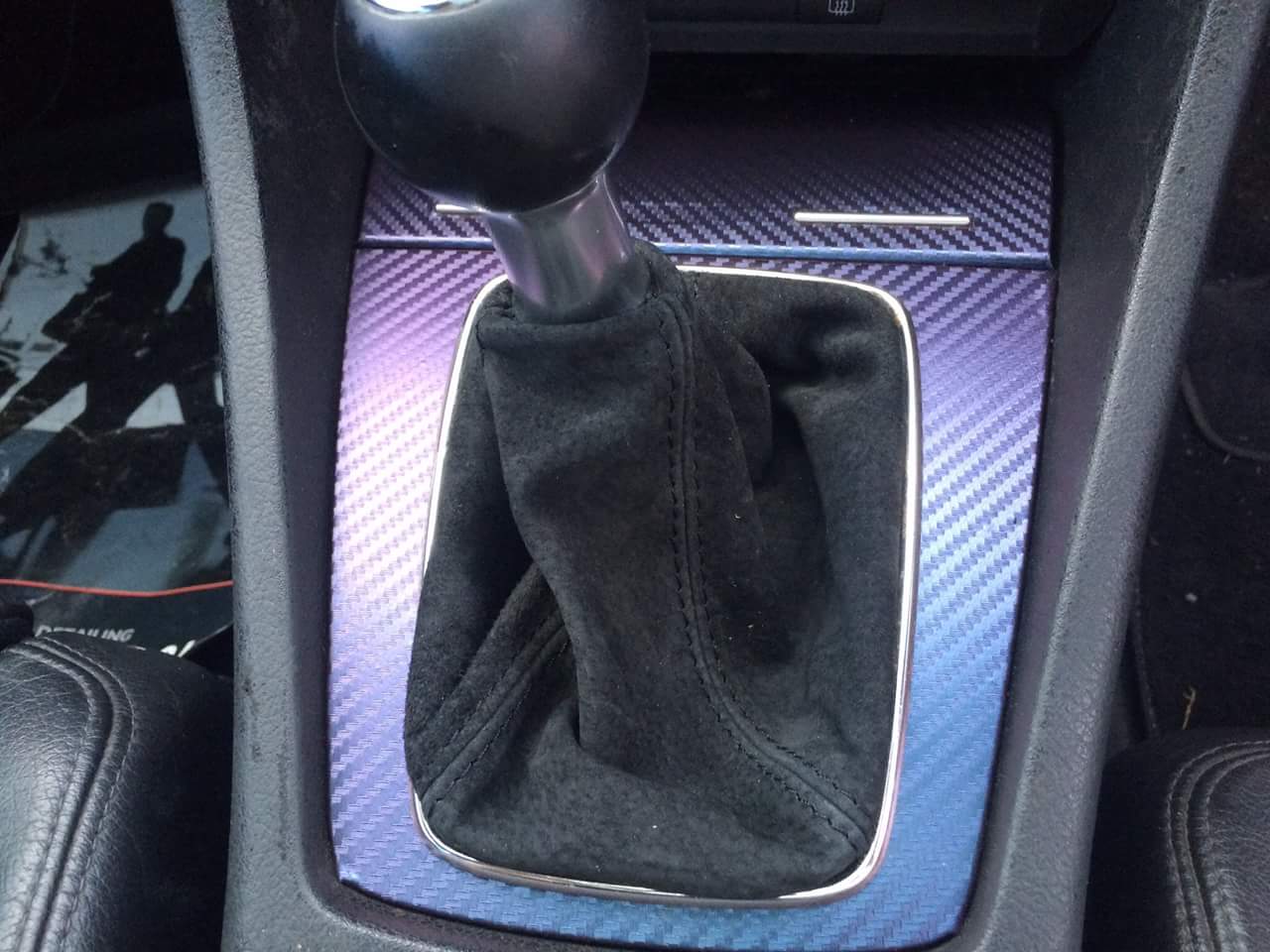 How long have you owned your B6 A4 for?

If your Audi died today what would you buy next?
2

A4 B6 What ET are you running?