Well i've moved over to the darkside boys, met some good people on here so just wanted to say farewell! May be back to the audi scene in future but wont be for few years at least lol And to everyone that bought my A3 parts, thankyou for super easy transactions and i wish you the best with installing them, as this is what your money went toward so hope you approve:

VCDS Map User
Sorry to see you go Smoothie, but wish you all the best with your new car. Take care, Buddy!

Good luck with it mate, they are very different to drive compared to a hatch as im sure you will find out. All the best with it
A3 2.0TDi 170 S Line Brilliant Black

Boydie i require your assistance with fitting this bluetooth module from smoothies a3!
For Sale -
A3 rear wiper motor and arm
A3 air vents
56plate A3 S-Line full speaker system including amp
M

Nice choice smoothie. There a great drive, you'll enjoy it!!! Ditch the m badge on the boot though bud, there only for the v8's!
NULL

Nice car mate, gone to the darkside ay.... get rid of the M tech badge and it's looking better already

Lovely car mate, recon i could live with one of them but i would want the info screen bulge on the dash. I like the M tech badge on the white so you can keep that sod all the miserable "i hate badges" brigade on here

all the best Smooth

boys I still have have the same high standards that created the A3, I've requested the car be de-badged of 320d and the ///M but I disagree entirely on the whole "shouldn't be on there" the car is an m-sport highline, it carries the m-badge on door sills, steering wheel, gearstick and alloy wheels so if it's good enough for those factory items then its good enough for the boot-lid! It is NOT an m3 badge at the end of the day

Personally I wanted to stay with audi and get a TT S-line but when you move into that price bracket you can see that Audi don't offer very much for the cash! The 320 offered far more car for the money, as it's the best all rounder! Don't get me wrong I loved the A3 it was excellent but the 320 is a different class of car and shouldn't be compared to a hatchback really

Had an E46 before the A3 so you never know I could end up in an Audi again lol
Moved to the Darkside click below:

The new car's not all that bad mate, but you should have gone for a 5 series if any!! Anyway have fun with it
Build Thread!!
http://www.audi-sport.net/vb/new-a3-s3-sportback-8p-chassis/121318-stiggys-a3-build-thread-d.html


Said the guy driving around in a old estate....

Smoothie said:
Personally I wanted to stay with audi and get a TT S-line but when you move into that price bracket you can see that Audi don't offer very much for the cash! The 320 offered far more car for the money

Had an E46 before the A3 so you never know I could end up in an Audi again lol
Click to expand...

paddy said:
Said the guy driving around in a old estate....

Wish you luck Niall, I like the lines of the 3 series exterior, interior is a different natter, front seat area resemble sitting on a church pew lmfao
If you require my services, Whatsapp 07974994143

Hope you enjoying it any mods planned? :thumbsup:
Dark Vader Half sibling - MyThread

I know what your saying about the M badging in the car smoothie, and I shouldn't really talk with my half a 'S' badge (took the '3' off lol) on my S3 grill on my TDI

but I actually think the M badge looks a little out of place like someone stuck it there themselves if you get what I mean. Your taking it off anyway, so well done

Good look mate, I enjoyed following your thread and it inspired me to do a few bits n bobs to mine. Enjoy the bmw it looks really nice:icon_thumright:
For sale:
RS6 18" alloys
S-line 8p2 chrome grill
Pm me.

Moderator
Hey matey sad to see you go but what a good choice you've gone for. You will have fun in that, just watch the twitchy back end lol

Looks great, and keep the badge, its what the car is. Have fun and keep popping back in here.
[SIGPIC][/SIGPIC]

You'll be back lol. Enjoy!
NULL

I agree, an ///M badge on the boot is for V8s and V10s only. These don't come with the ///M on the boot from the factory, some plank has stuck it on. You will see yourself getting posted in the clownage thread over on e90post.com if you keep it. Speaking of which, it's a good place to go for info and advice on the e9x models. There's been quite a few people from your part of the world appearing on their recently.

I had an e90 M sport before my A3. It was a very comfortable car but I only lasted a year with it due to not getting on with the saloon and and just finding it dull to drive. I assume you've got a warranty as it looks like it's at a BMW garage in the pics. If not then get one. The turbos on the 4 cylinders are made of toffee, when they go they take the top end with them costing around £2500 to fix. Watch those wheels as well, the 212s are renowned for cracking if you look at them the wrong way. Was a big bit on Watchdog about them.

Looks a very clean car. Bonus on the xenons. What other options does it have?
the crisis mobile BMW Z4C 3.0
It's quick and it sounds ****** good.

I dont think its an issue of having an M badge, its just that particular one looks like its been stuck in the wrong place tbf, just looks so wrong, looking again it seems the contrast of chrome version badge, the blue white bmw badge & then the M badge in red etc, just makes it look to busy.
If you require my services, Whatsapp 07974994143

M cars have the badge on the right and they are smaller.

I guess the badge is a personal thing but it's more or less the same as sticking an S3 badge on the back of any S Line A3.
the crisis mobile BMW Z4C 3.0
It's quick and it sounds ****** good. 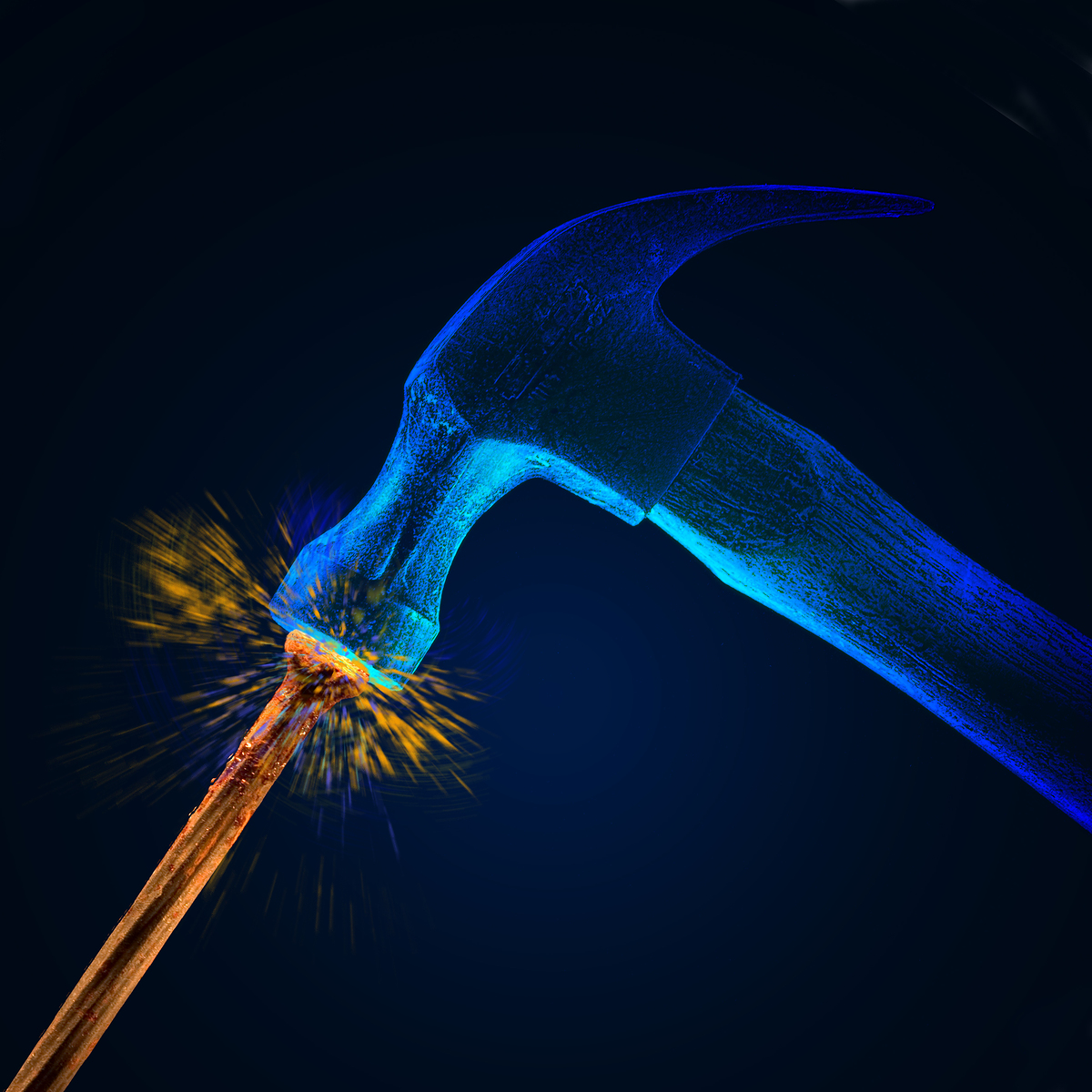 lol @ some of the comments! As I've already said, ive asked for the car to be de-badged, for personal preference though not for fear of ending up in some thread on e90 as for any mechanical issues I will be no worse off than an A3 there's plenty that can go wrong with them lol I know about the wheels, a run-flat issue apparently, car isn't 2years old yet so has warranty so not worried!

I don't agree about the interior, its certainly plain, but if anything its more driver focused...convience seatbelts is nice touch lol and ambient lighting is the whole car not just two LEDs lol have to agree with snowy conditions but then again, like 60% of people on here I never had quattro to begin with
Last edited: Jul 3, 2011
Moved to the Darkside click below:

Air Ride is for Ballers!!

thaanks again for the rs6 wheel mate, all the best

Nah its all good smoothie, and the run flats are the worst tyres ever, only a matter of time till your wheels start cracking
2018 Golf GTE Advance
2018 Seat Leon Cupra ST 4Drive

1inchpunch said:
M cars have the badge on the right and they are smaller.

I guess the badge is a personal thing but it's more or less the same as sticking an S3 badge on the back of any S Line A3.
Click to expand...

Well its sunday and time for my controversial rant of the week
Trouble is here there are far to many people fretting over what others might think !! and TBH...who cares if you are happy. I had VW Caddy badges on my VR6. It never entered my mind that some twat on an obscure VW thread somewhere in cyberspace might be losing sleep over it

To me the inside of a car is what really matters because thats where i sit !! Buggered if i would spend much tarting up the outside just to please onlookers

Well its time to say goodbye...

A
Carbon Build Up - Is It Really Time to Say Goodbye?!

Well its time to say goodbye...

A
Carbon Build Up - Is It Really Time to Say Goodbye?!