Ready to configure on audi.co.uk now, with first UK examples set to arrive during November

The new Audi Q2 is now available to order in the UK, ushering in fresh, functional design and a bold yet familiarly premium take on the compact SUV class. Featuring a host of customisation options designed to make every model stand out from the crowd, the Q2 also incorporates a suite of Vorsprung durch Technik innovations from the full-size class with a distinct focus on connectivity and infotainment. Prices start from £22,380 OTR, with more engines and an even lower pricing point to follow shortly, including an entry level three-cylinder 1.0 TFSI and a 2.0 TDI with 190PS, the latter introducing the option of quattro all-wheel drive. From next month, Audi is also introducing an entirely new and individual specification to the line-up – the Q2 Edition #1.

The full body colour paint finish can also be separately selected as a no-cost option on Sport models, if preferred. Vibrant colour choices include the newly available Coral orange as well as Vegas yellow and Ara blue, all of which accentuate the lines of the polygon design, concave door flanks andcoupé-like roof.

As the most notable exterior ident, the C-pillar blade is configurable in four different colours, depending on specification. As standard, a Manhattan grey metallic paint finish is appointed to SE (optional on Sport), Ice silver on Sport (optional on S line) and matt Titanium grey to S line. Alternatively, Ibis white C-pillar blades can also be opted for on all three specifications.

Entry-level SE versions benefit from a raft of features as standard. Among them is the Audi smartphone interface, which supports Apple CarPlay and Android Auto displayed via the MMI screen once a phone is plugged in via USB. A Bluetooth interface is also standard, as is the MMI radio plus with MMI controller and heated, electrically adjustable exterior mirrors. Inlays can be chosen in white or orange as standard and in matt brushed aluminium or illuminated design (part of the LED Interior Pack Advanced) as an option. Progressive steering is also standard in the Audi Q2. Its steering rack is designed so that the steering ratio becomes increasingly direct when turning. This affords the new Q2 precise and agile steering with little effort in downtown traffic and on winding country roads. The electro-mechanically driven and thus highly efficient steering adapts its assistance to speed and works together with the optional Audi active lane assist and park assist.

SD-card based MMI navigation is displayed via the seven-inch central screen and includes a three-month trial unlocking the Audi connect portfolio. Red or yellow inlays and optional matt brushed aluminium or illuminated inlays can be selected for the interior.

A striking newcomer coming to the top of the Audi Q2 range next month is the Edition #1, offering a host of standard equipment over the rest of the range. Finished in unique Quantum grey with contrasting lower body sections in Manhattan grey, C-pillar blades exclusively painted in brilliant black and 19-inch rotor alloy wheels in gloss anthracite black with a diamond cut rim, the Edition #1 makes an unmistakable visual impact. A black styling pack extending to the front grille, rear diffuser, exterior mirrors and single-frame grille rounds off the unique appearance. Inside, illuminated inlays in format design run across the dashboard and knee insert trim and can be lit in 10 different colours (optionally available on all other specifications). Another point of differentiation is the front sports seats which are upholstered in Fine Nappa leather and feature contrasting stitching with the addition of contrast stripes in Amaretto brown. The Amaretto brown theme continues to the design selection floor mats, kneepads and door armrests with their contrasting stitching.

Along with the optional Audi virtual cockpit and the head-up display, the driver assistance systems for the Audi Q2 also come from the larger Audi models – including the Audi pre sense front with pedestrian recognition that is standard. The system recognises critical situations with other vehicles as well as pedestrians crossing in front of the vehicle, and if necessary it can initiate hard braking – to a standstill at low speeds.

Connected from the outset

The Q2 is equipped with a standard MMI screen that is positioned high on the instrument panel. The infotainment system can be operated by a rotary/push-button control and two buttons on the centre tunnel. When MMI navigation plus with MMI touch is ordered, the user also gets a touchpad on the central control element. In addition, the system can be conveniently controlled by natural language operation and the integrated MMI search. Furthermore, customers can use MMI touch to query the online services of Audi connect thanks to the embedded SIM card that is permanently installed in the car. A three-month free trial is activated upon delivery of the vehicle (MMI navigation is required on SE models) and can be extended after this period for three years using a flat rate data plan. The SIM card also permits roaming in most European countries. The free Audi MMI connect app enables online media streaming and transfer of a calendar from a smartphone to the MMI. The app for iOS operating systems also has the myAudi destinations function. It makes it possible to send the data of a desired navigation destination from any app to the MMI navigation plus system. The system then uses it for navigation.

Initially available to order with a 150PS 1.4 TFSI or 1.6 TDI engine producing 115PS, buyers can opt to equip both with either a six-speed manual or seven-speed S tronic transmission (1.6 TDI S tronic available from September). The 1.4 TFSI uses Cylinder on Demand technology to reduce fuel consumption by deactivating the second and third cylinders during partial loads and when coasting. As a result, up to 54.3mpg combined is achievable, corresponding to emissions as low as 119g/km. Acceleration to 62mph takes only 8.5 seconds, with a top speed of 131mph.

A three-cylinder 1.0 TFSI with 115PS and a four-cylinder 2.0 TDI with 150PS will become available later in the year. As an alternative to the six-speed manual transmission, Audi will also offer the S tronic dual clutch transmission with seven speeds for all engines bar the 1.0 TFSI (standard for the 2.0 TDI).

From mid-2017 a 2.0 TFSI petrol engine allied exclusively to quattro all-wheel-drive and S tronic transmission will be introduced, and at that point it will also be possible to combine the 150PS TDI and TFSI engines with quattro drive. 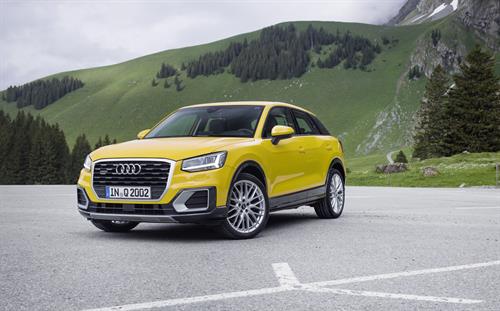 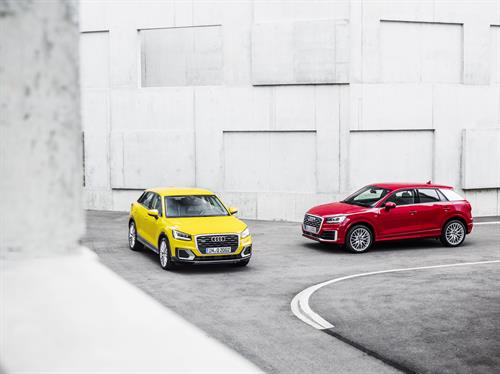 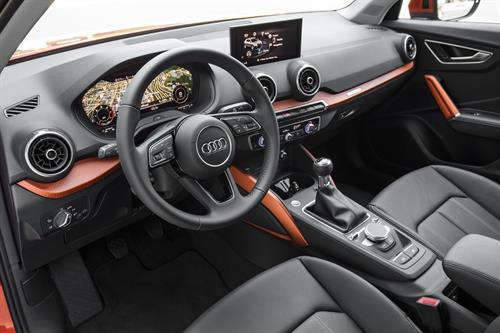 I wonder how much Audi will charge to upgrade the alloy wheels to the BSP Rotars on S-line trim???
A3 Sport S-Tronic