My second post here since buying my A4 yesterday, and may well be one question of a list of them while I start trying to figure things out.

The vehicle has the parking sensors flush mounted into the bumper which looks like factory sensors, they do not protrude at all. What looks like the sensors module is also partly wired up situated in the rear drivers side tail light box (if that makes sense). The seller (private sale) had the invoice for the module and sensors, but the sensors are not working and the invoice mentions it requiring an extra harness to get them working which they obviously did not get around to installing.

I have 4 wires in that box section that do not connect to anything at the moment. Does anyone with experience with retrofit parking sensors know if I require this "additional harness" or where the 4 wires in picture two go?

The module is Audi branded so I'm hoping it's an official retrofit kit. The invoice showed a cost of around £350 for it which makes me wonder why someone would spend that and not follow it through to completion?! 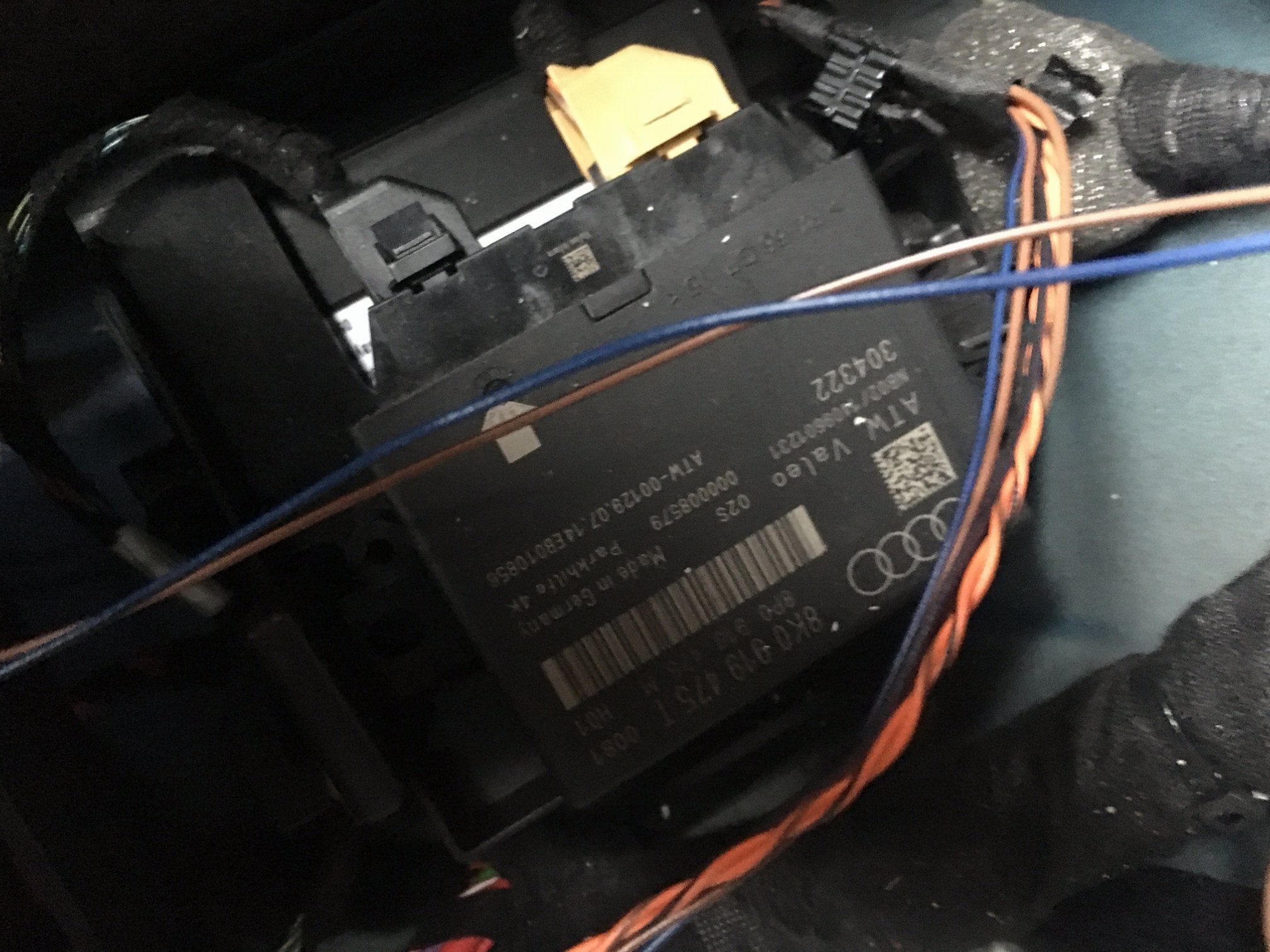 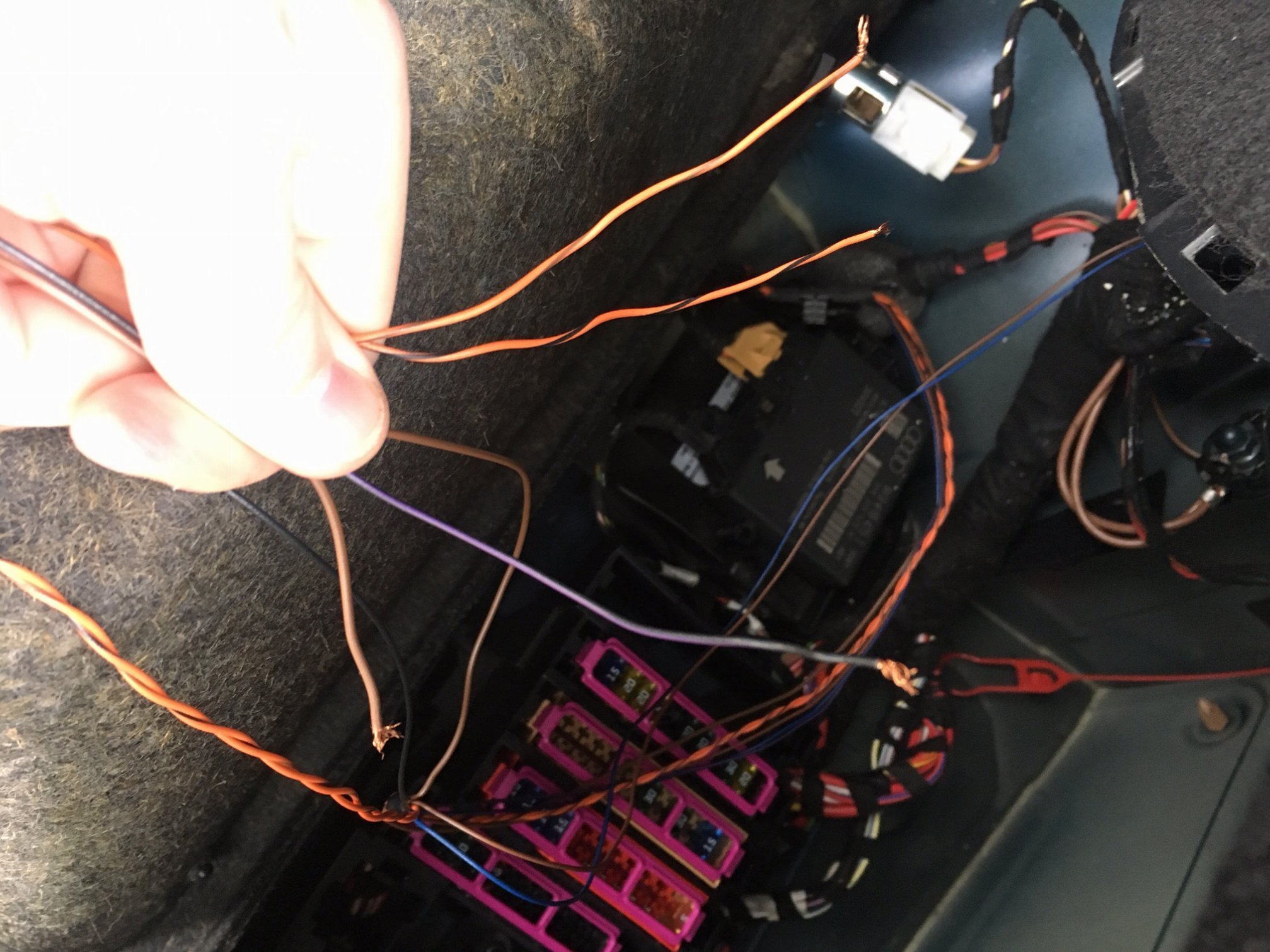 That module is correct for rear only parking sensors in an A4. Do you have a list of what the other parts that were bought, especially which/whoes cableform was used and has a buzzer being fitted?

Edit:- if I was guessing, I'd think that 2 of these wires are to power the rear buzzer and the other 2, which should be a twisted pair, are meant to run well forward to pick up the CAN bus.

That quoted price does seem near enough, I spent £380 roughly upgrading rear only to front+rear with OPS.
NULL
N

Thanks for the reply.

Unfortunately not, the invoice reads....

I'm ****** useless with anything electrical and because I personally didn't buy the kit I don't know what I have and don't have.

The hardest part seems to be done though :/

Edit:- Google helped me a lot when doing the front sensors and OPS upgrade.
NULL
N

(After a quick Google to find out what OPS was) I didn't realise it could come up on the display as it would from the factory.

I haven't a clue, I'll probably end up down an auto electrician.....I must try to be better at these things!

Nik_87 said:
(After a quick Google to find out what OPS was) I didn't realise it could come up on the display as it would from the factory.

I haven't a clue, I'll probably end up down an auto electrician.....I must try to be better at these things!

Hi there.
I made my own main harness.
Took the CAN wires from the handbrake ecu.
Added a pin in to the fuses in the boot and earth in the boot.
Ran to wires all the way to the front for the button but then found out my ecu doesnt support the button and 2 wires for the speaker.
If you need a diagram let me know and I’ll post a pic 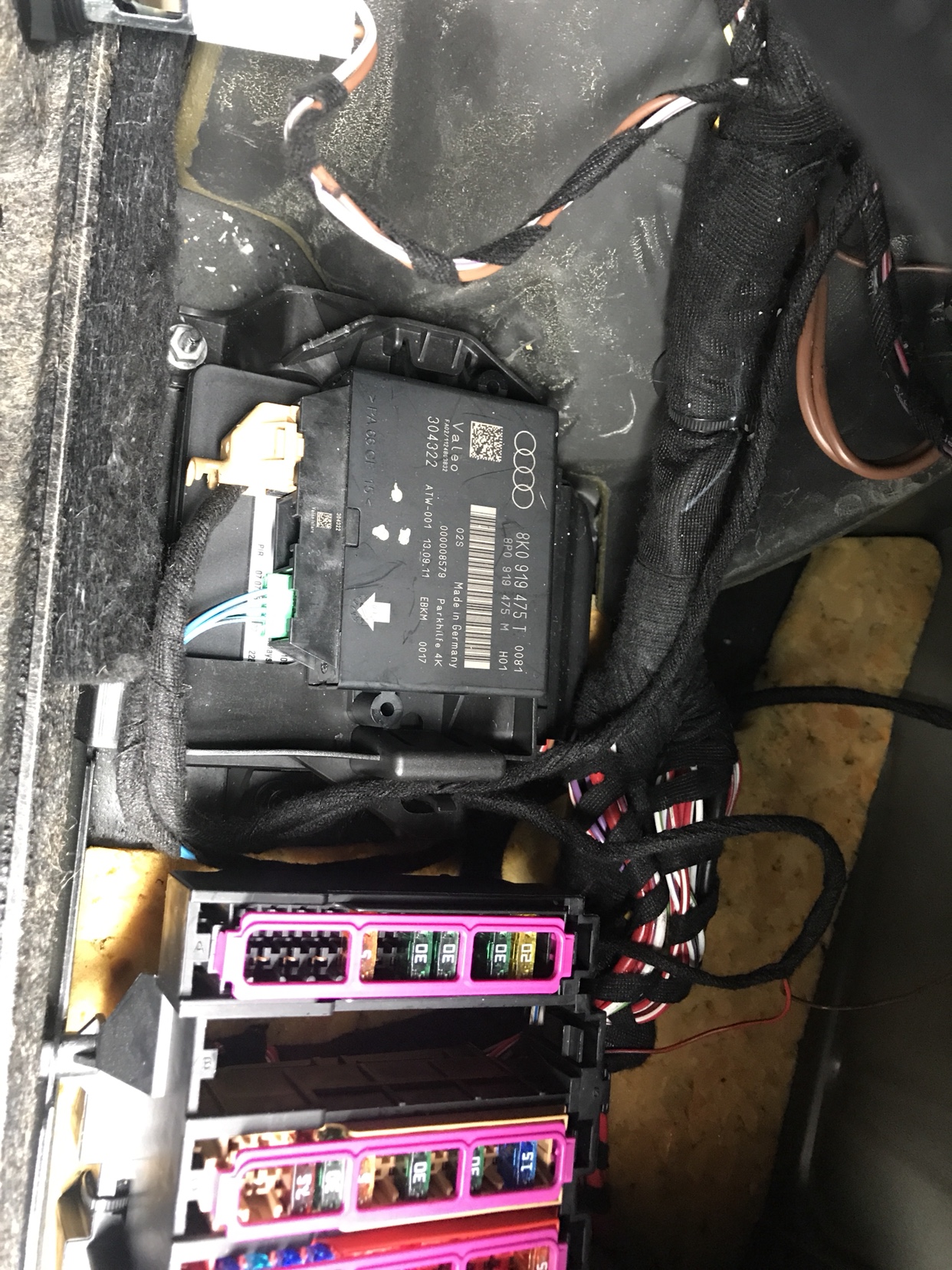 I think that the switch only comes into the equation if you opt for the 8 channel parking sensor controller, ie the AA etc variant. Also the two wires for the buzzer on the original fit 4 channel parking controller also goes elsewhere as is shown on one of the circuit diagrams on the internet.
NULL
N

Thank you both for the replies, really appreciate it.

Unfortunately I think this is a complicated step too far for my capabilities. I'm going to try and take it down to an Audi specialist in South Wales tomorrow to see what they can do.

I was looking to remap (only 120bhp at the moment) but think I'll prioritise the sensors.....not the easiest back end to judge


Sent from my iPhone using Tapatalk
You must log in or register to reply here.

A
Park Sensor - Sensors or Plug

A
Park Sensor - Sensors or Plug