After a couple of years in a diesel a3 8v, I finally managed to cut the annual mileage down from 30k+ to 8k which has meant I've spent the last few months deliberating how I could move away from diesel and Audi.

Have looked at C63s, Golf Rs, 3 series, caymans and 911s, but despite my best efforts, I always seem to end up coming back to Audi, originally wanted a 8P RS3, but having owned 3 8Ps in the past, didn't really get on with the dated interior. Then hunted for a facelifted S4 avant, which I found our are impossible to find in a desirable spec. In the end, I opted for my second S3, having owned an ibis white 8P S3 a few years back.

Found a lovely specced example near Oxford and made the journey, wasn't completely sold on Panther black, having vowed never to own another black car. When I got there, the sun was shiny and it looks absolutely stunning, was instantly sold! 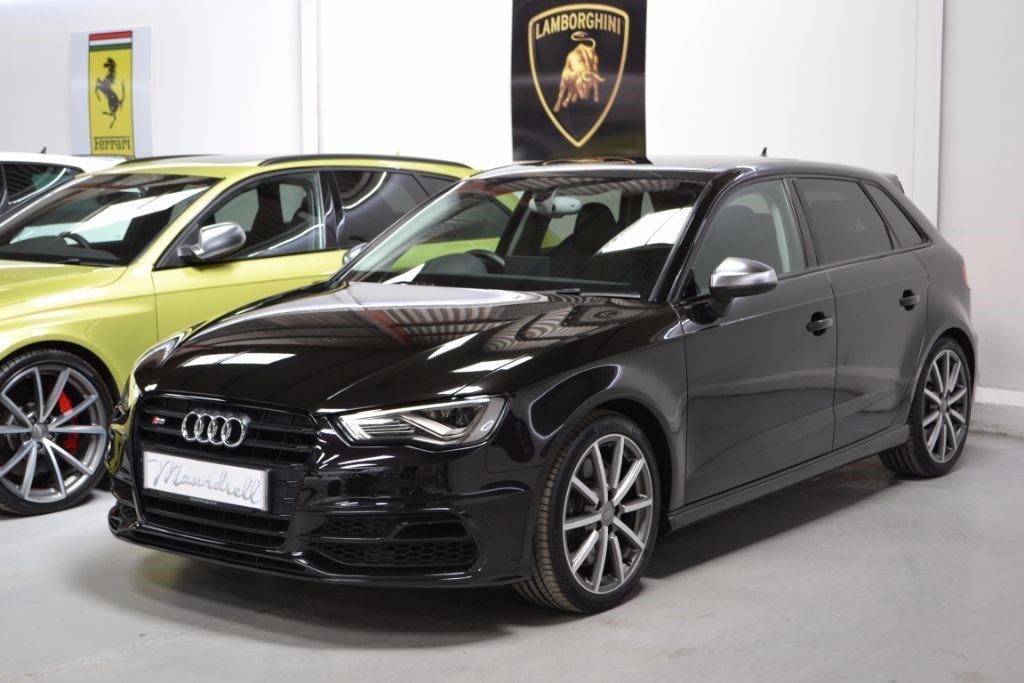 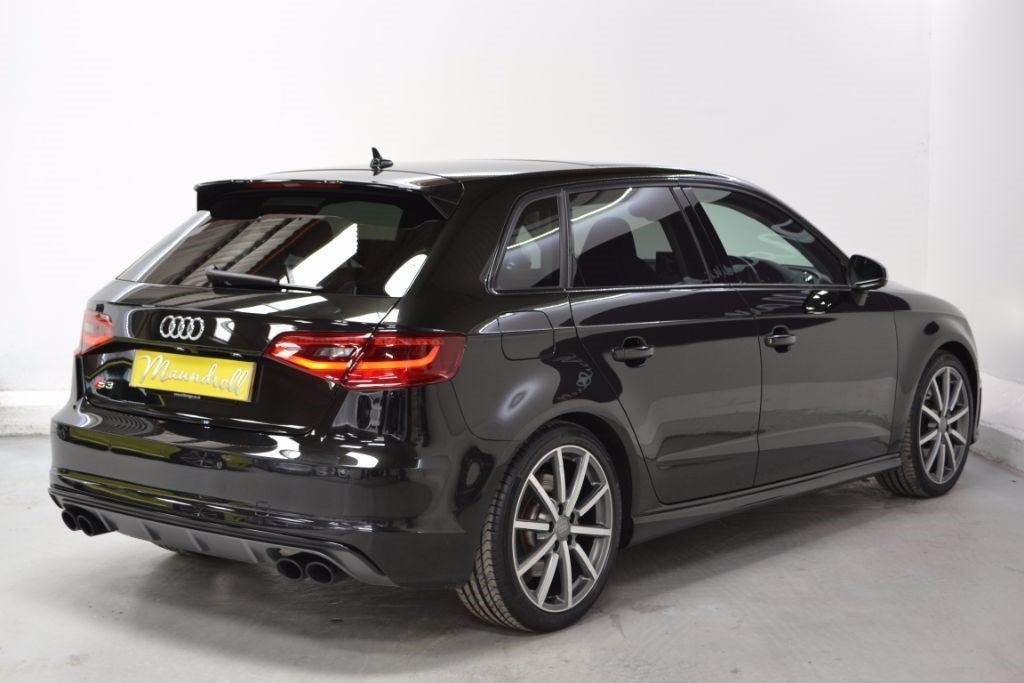 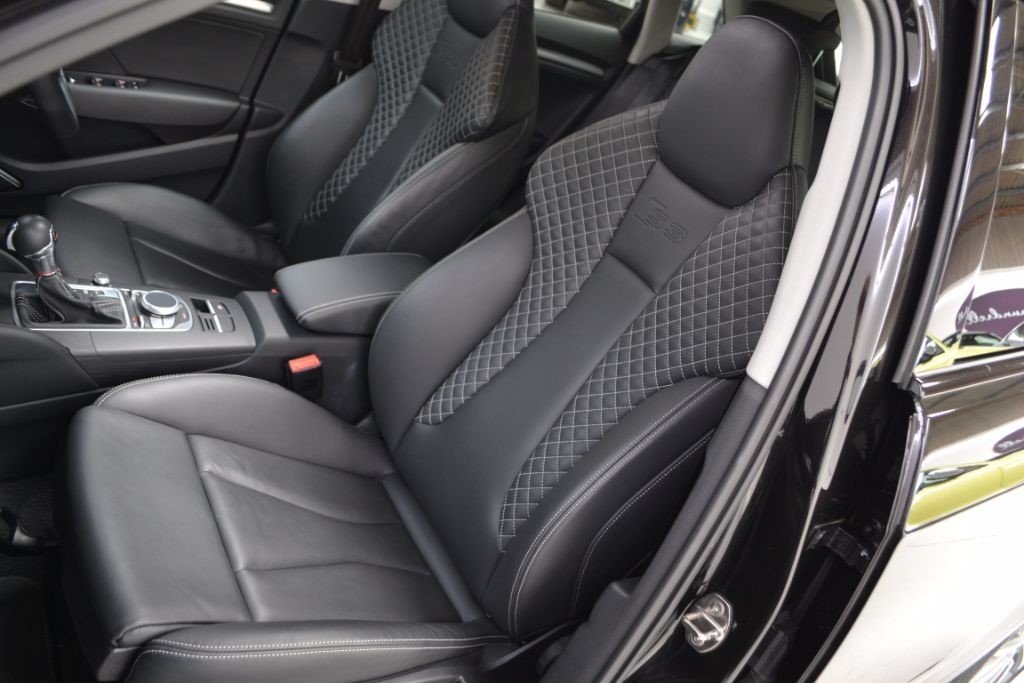 Put my plate on first thing, and gave it a decent wash, after the sat nav took me down some of the smallest roads (paths), on the way home. 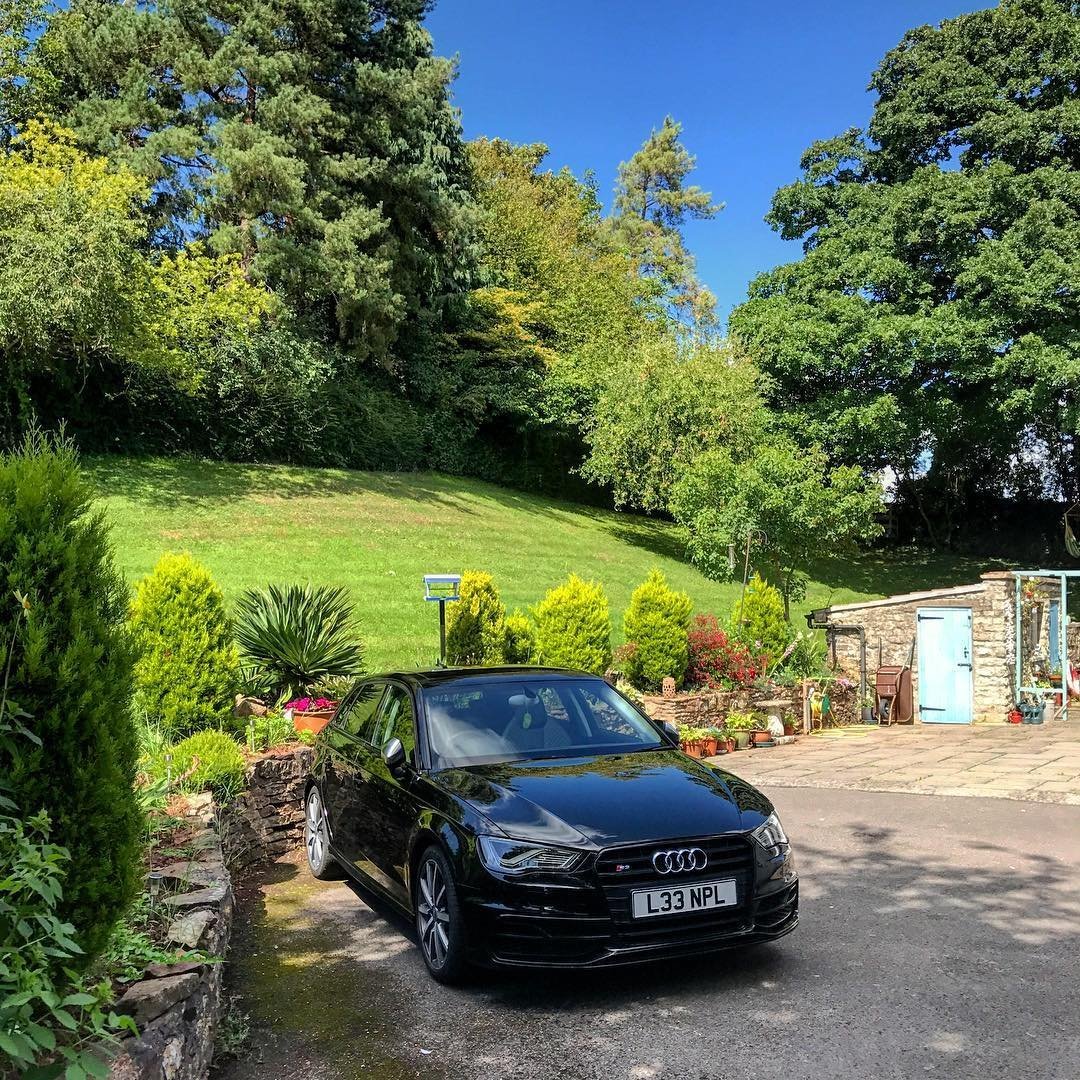 Then got it pretty filthy again at the weekend: 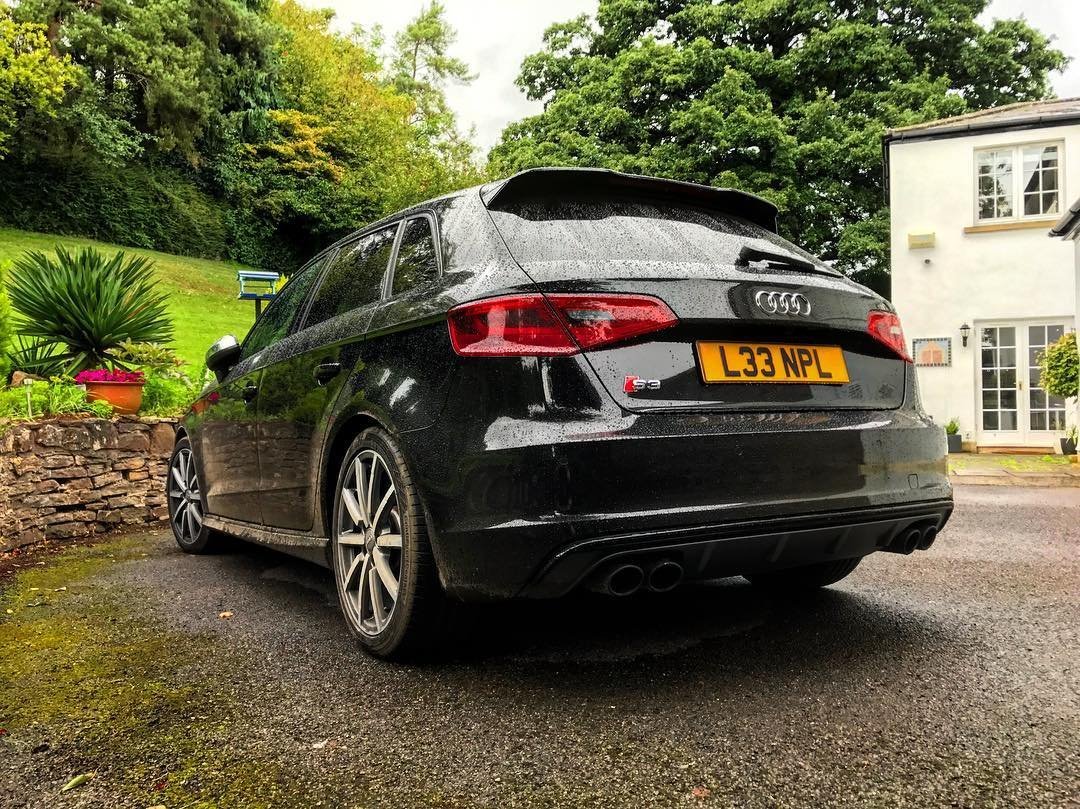 Previous owner had painted the exhaust tips black, which i'm liking, plans in the future are to get an APR map, and potentially get a milltek (with black tips) and a CAI to get some more intake noise, so a work in progress!

I've just ordered a rear wiper delete plug, and have been eyeing up some carbon wing mirrors, which should go nicely with the panther black!
Previously: TTRS, A3 2.0TDi, S3 stronic. A3 2.0TDI stronic , A3 2.0T DSG, A4 1.8T

Very nice, almost identical to mine!
There aren't enough sunny days in the UK to fully appreciate the panther paint, but catch it from the right angle and it's stunningly beautiful.
I have a set of those wheels in the garage ready for winter so now I know what to expect when the're on.
I also have the carbon mirror covers on and yes they do suit the panther black imo
2016 RSQ3 in subtle Java Green

I will be selling a brand new set of OEM carbon fibre A3 mirror caps. I never got fitting them over the summer, and have now ordered a A4 to replace my A3. PM me if your interested.
MY21 A4 40TFSI 204hp S-Tronic - Navarra Blue Black Edition Avant
Mini F56 JCW Hatch Sport Auto - Pepper White + Red Roof

Followed the OEM CAI mod guide to give the existing CAI some more flow, can't say I've noticed any difference, was hoping for some additional intake noise, oh well!

This evening I got home from work with enough light to install my new carbon fibre mirrors! Thanks Spike_S1 for a smooth transaction, they look great!

Next plan is to dewiper the rear. 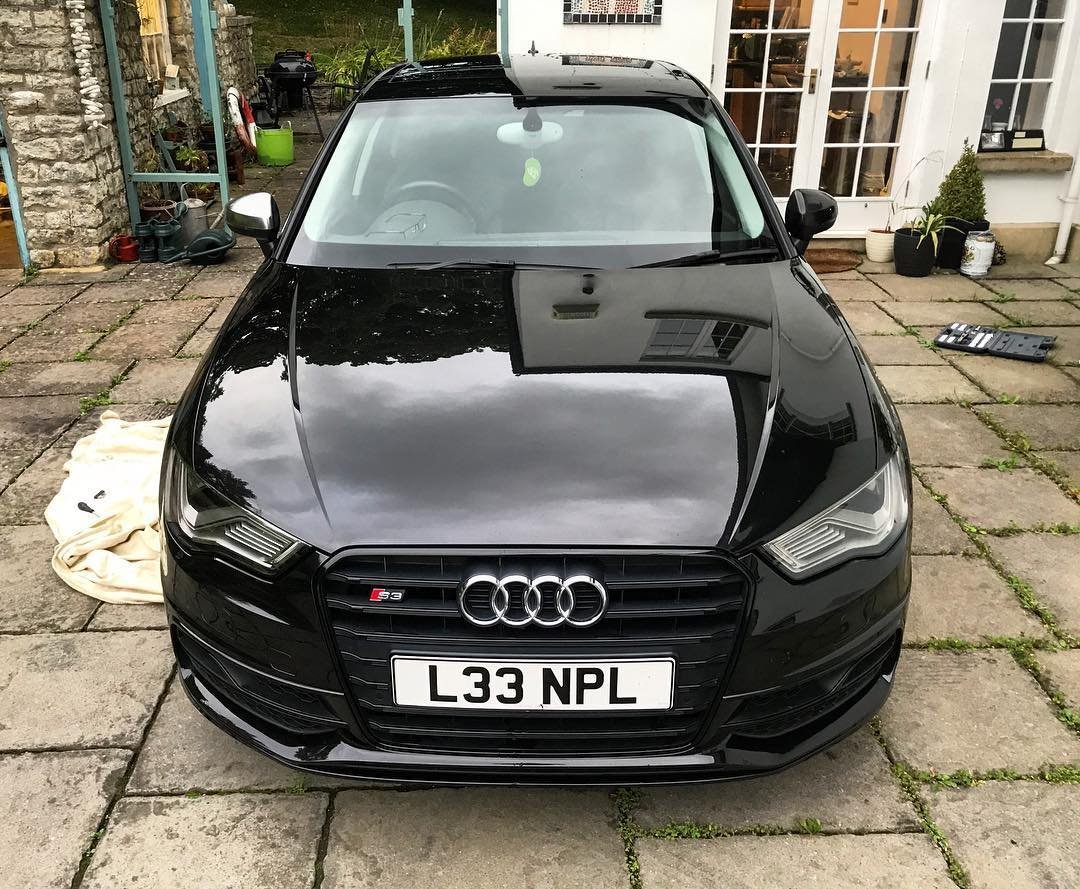 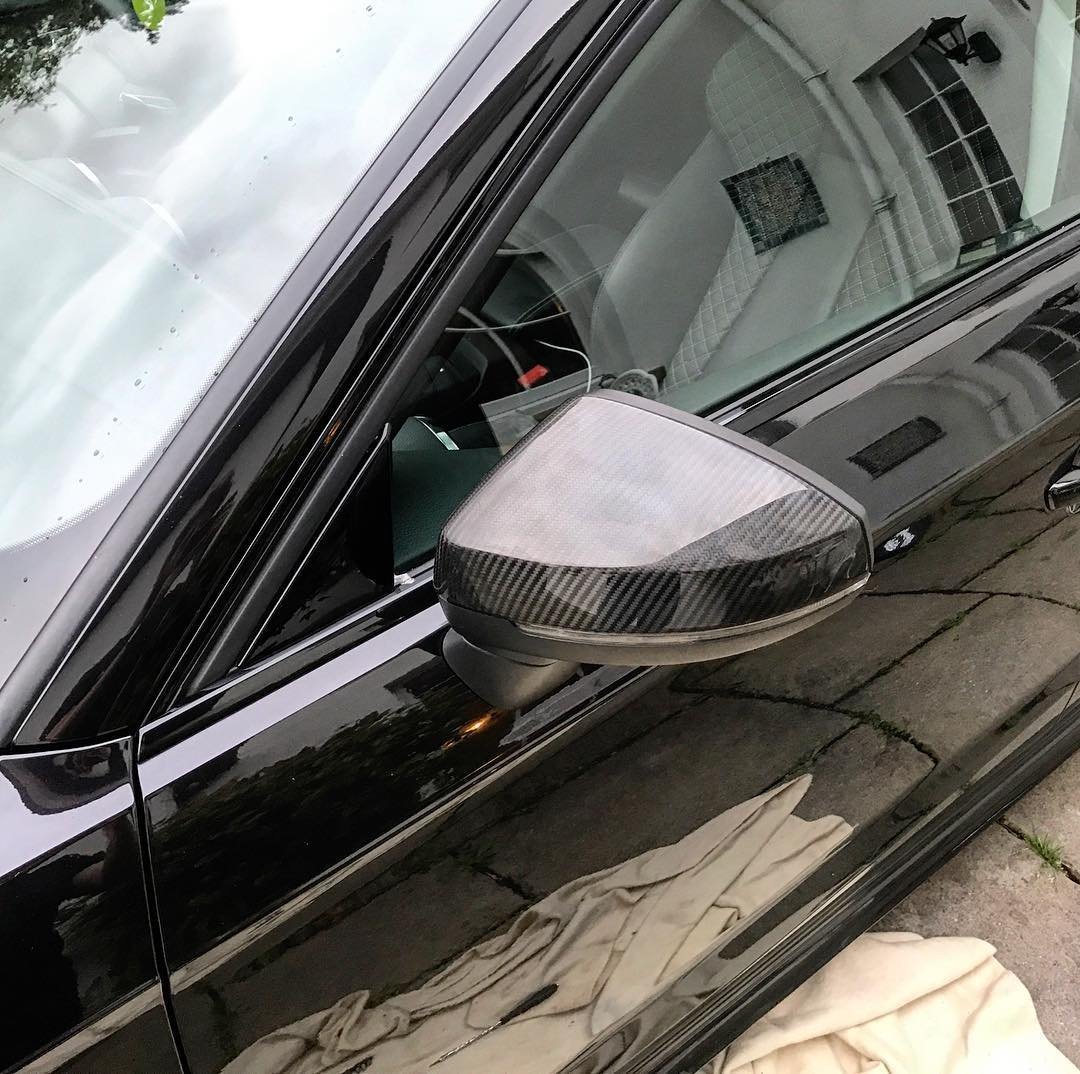 APR carbon intake installed last night, all went pretty smoothly, other than the spring clamp flying off and then having to wrestle it back on!

Slightly disappointed about the sound it makes, compared to the EVOMs on my 8P, it basically makes no difference at all. Can hear a slight difference when sat stationary and revving, but when rolling, nothing at all.

My gecleant.de de-wiper kit has just arrived too, so going to be doing that tonight, weather permitting! 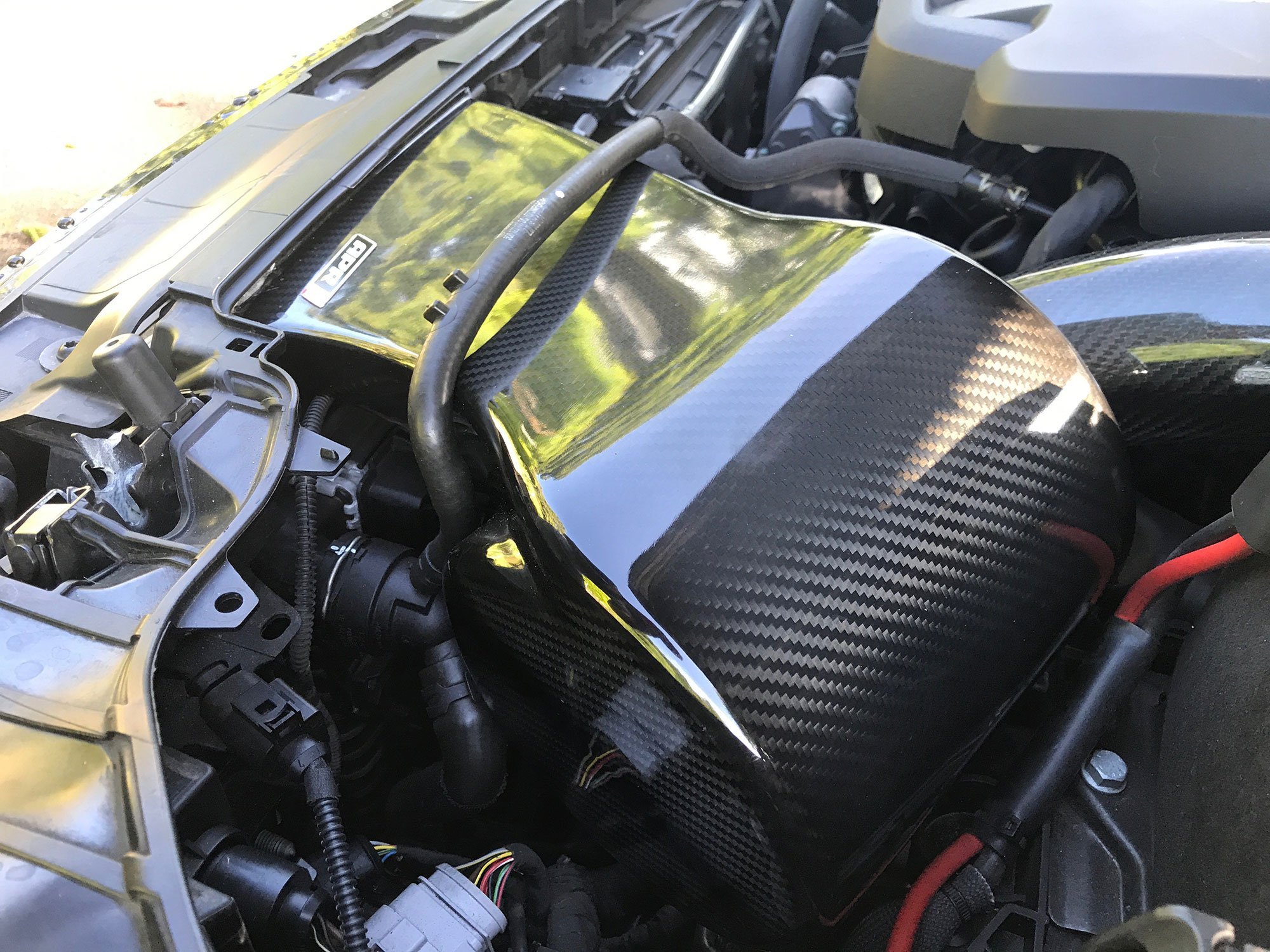 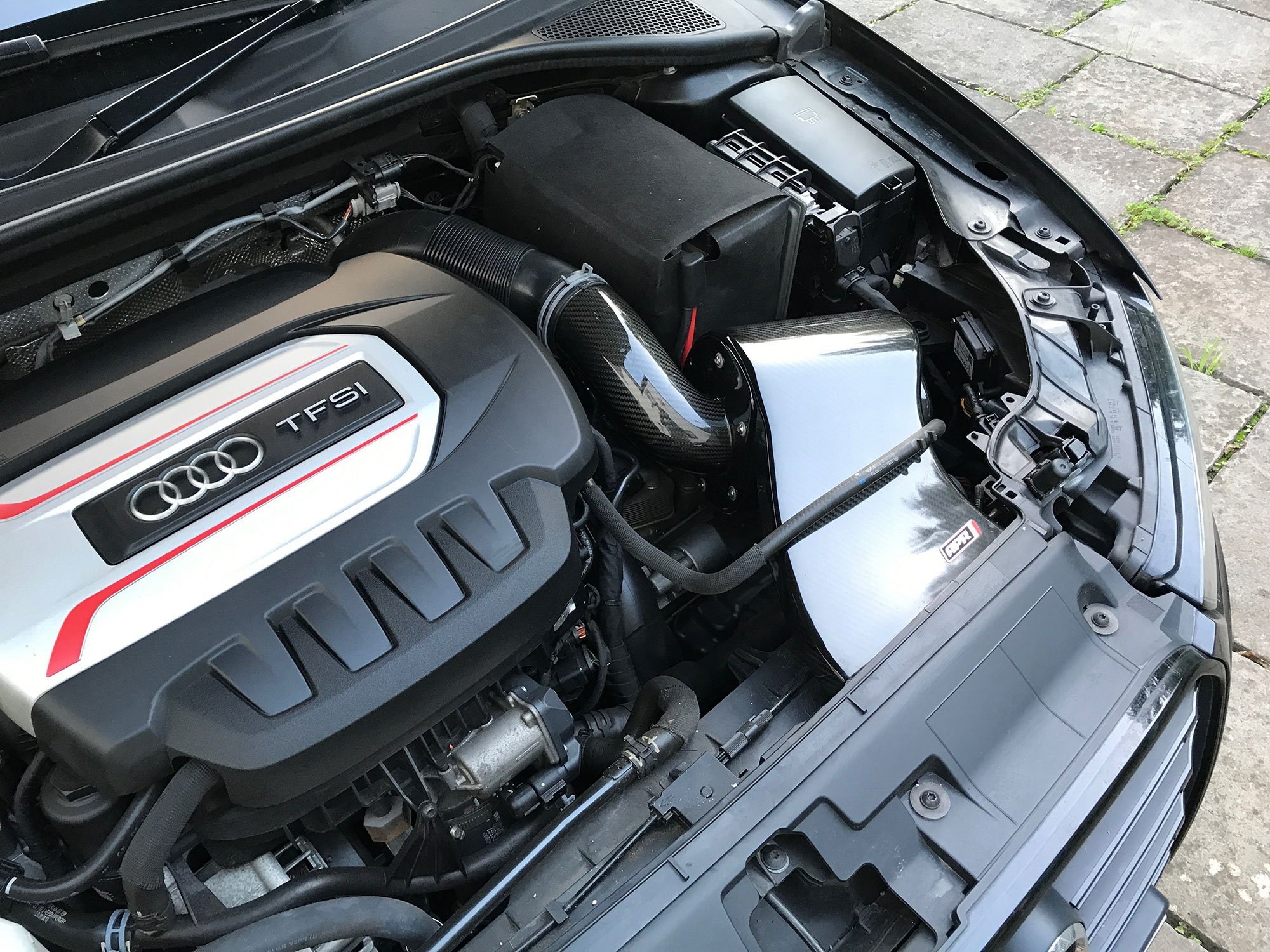 Decided to remove the black paint from my exhaust tips today, got out the paint stripper, left it for an hour and they came out perfectly, was worried I'd have to get the wire wool out, fortunately not! 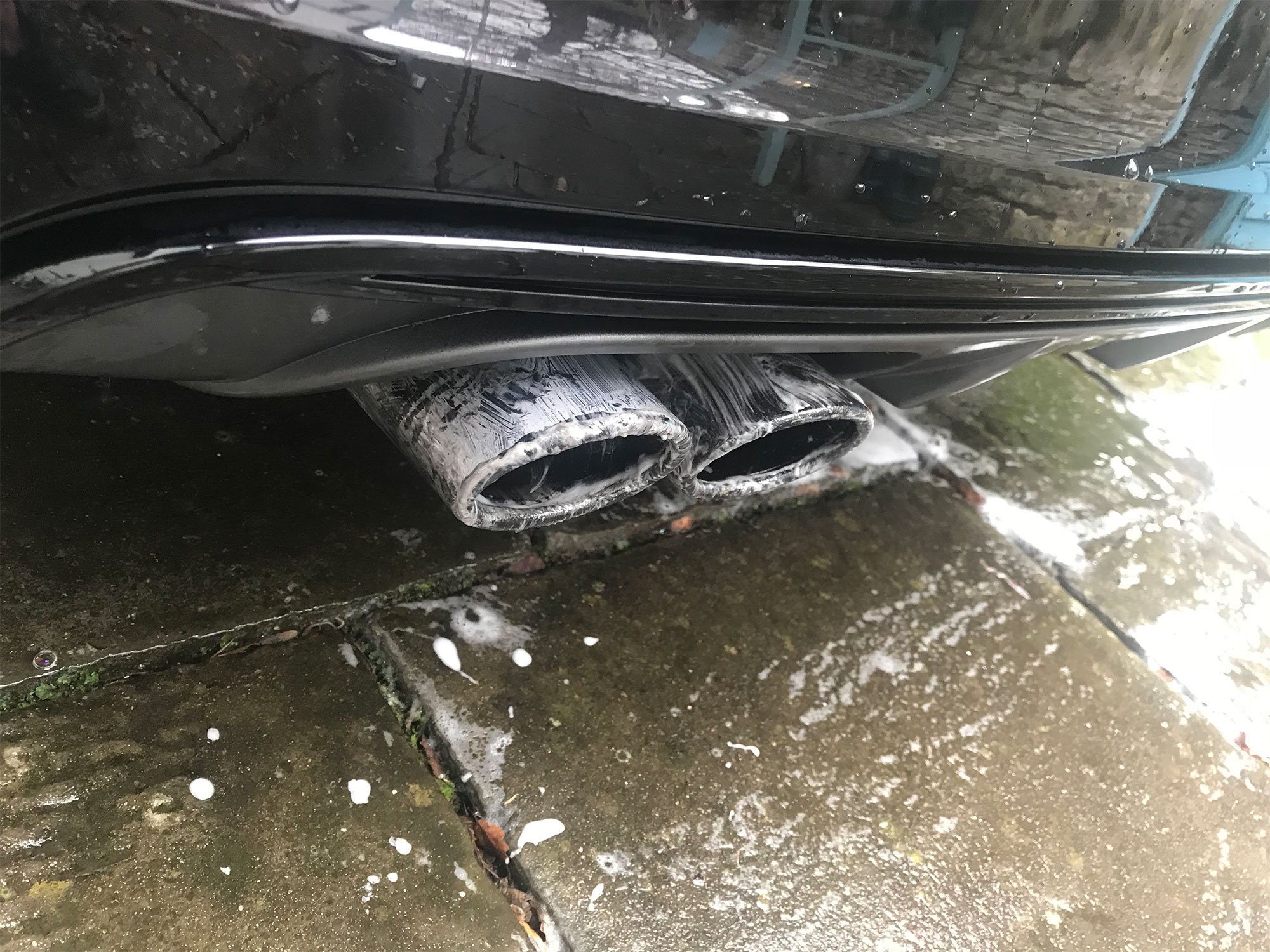 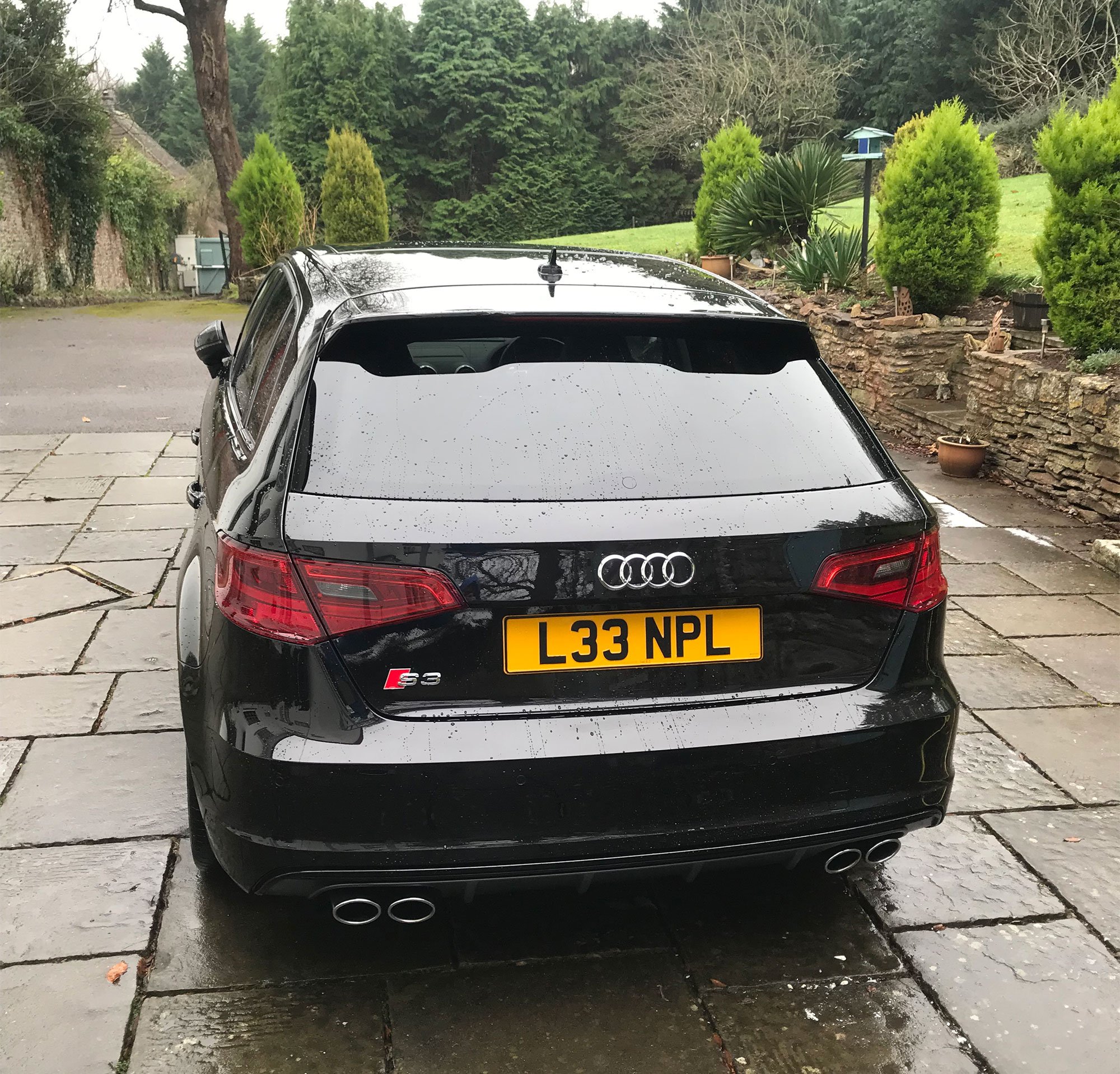 Why would you want to remove the wiper on a car like this? Mine gets filthy so easily. I guess it looks better without the wiper but can't imagine not having one..

oli356 said:
Why would you want to remove the wiper on a car like this? Mine gets filthy so easily. I guess it looks better without the wiper but can't imagine not having one..
Click to expand...

Stocked up on plenty of rain-x, keeps the dirt/salt off the rear windscreen, so no need for it Generally wash my car fairly often, so isn't ever a problem, can see how it would be if you were doing lots of miles or didn't wash the car on a frequent basis. The look's worth it for me though!

Gorgeous looking car. From your op though why the rear wiper delete?
After a few miles of driving in rain or this time of year on salted roads you won’t be able to see a ****** thing out of the rear window.
To each his own but I will never understand the reasoning behind removing the rear wiper from a hatchback.
Edit** just read you’d been asked just above lol

Looks nice with wiper delete! But yeah you would have to clean every few days to be able to see out the rear.

Fitted spacers at the weekend in the pouring rain… dedication!

Used the jack that comes with the car, slightly terrifying… some after shots with the extra poke! 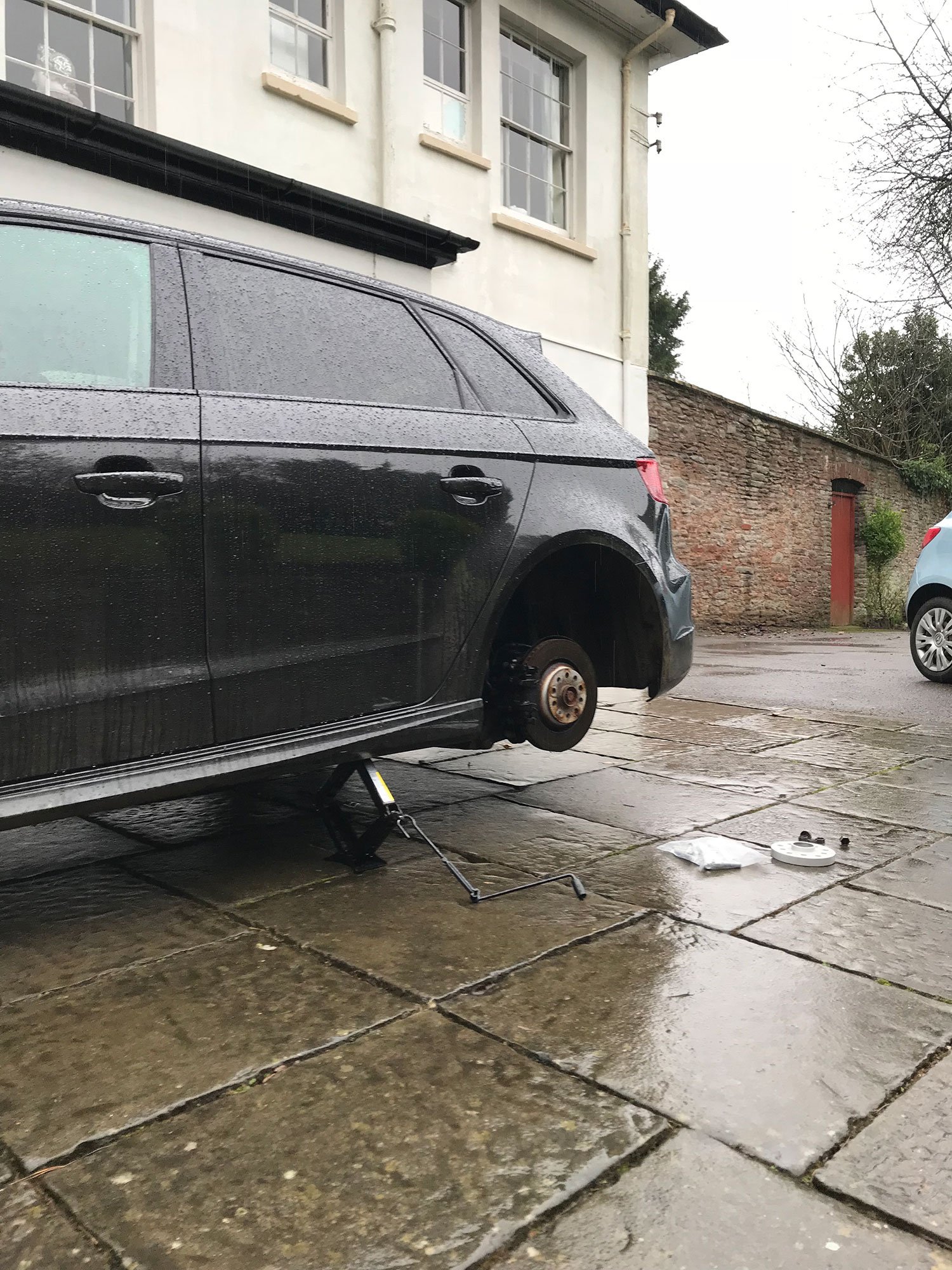 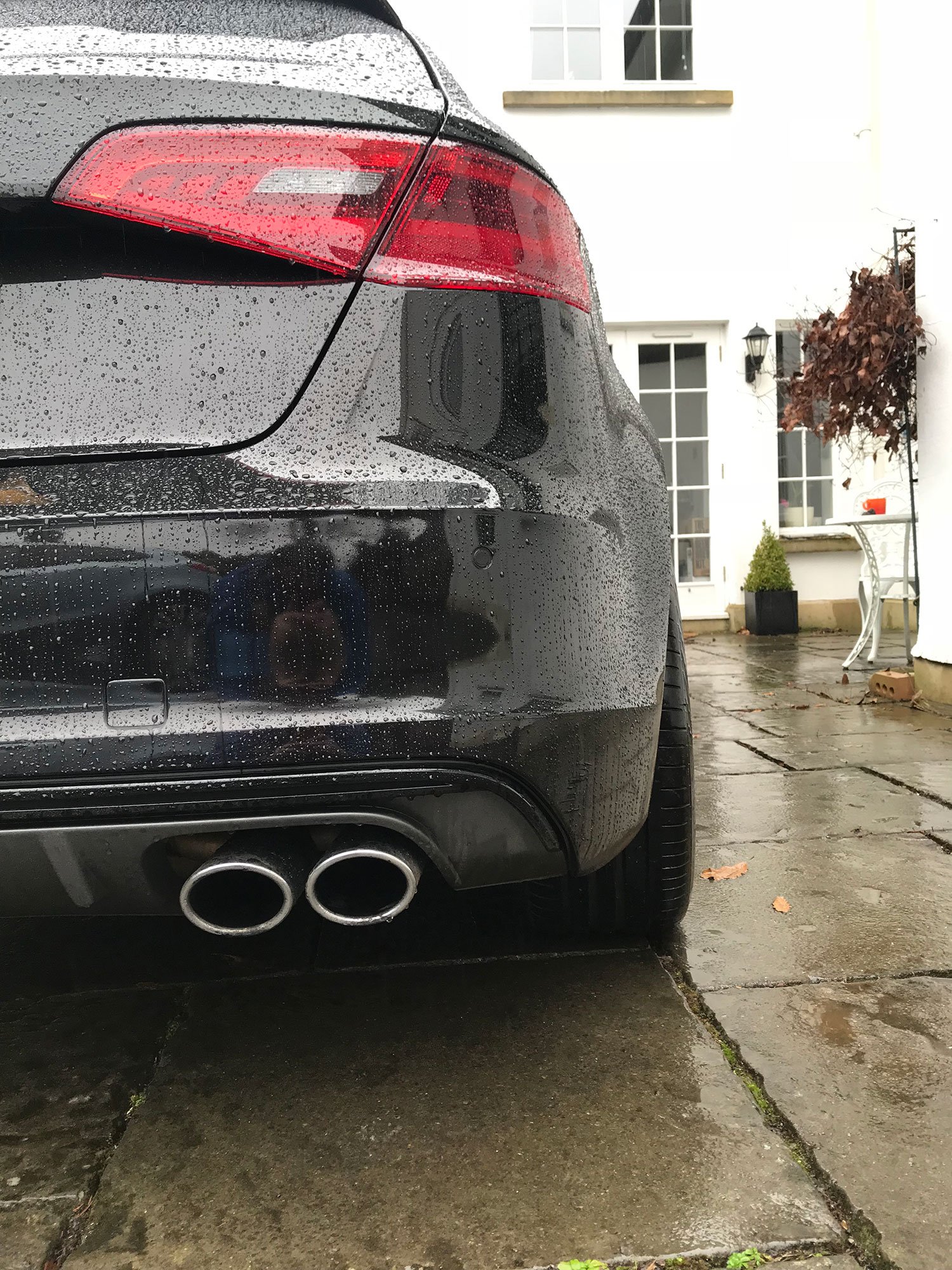 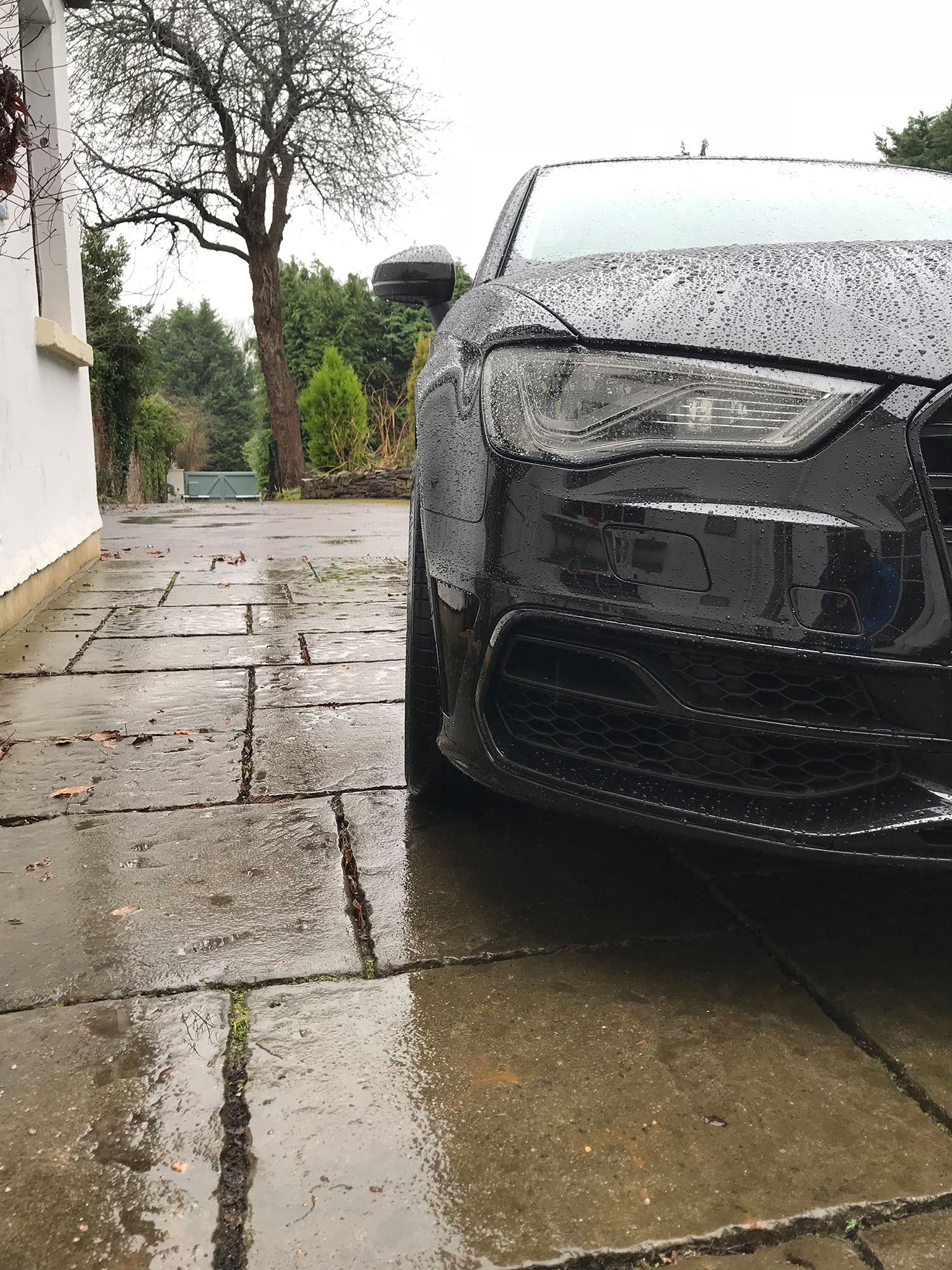 God I love these kind of threads. Wheels look brilliant with the spacers.

Is this an advert ?
Alex

ACWKGYTO said:
Is this an advert ?
Click to expand...