MMI screen random not comming up

Not sure if any of you have had this glitch but my MMI non tech pack screen on my MY15 A3 sline has decided first thing in the morning to not come up 2 times on the last 3 weeks.

Not sure if I should be concern as then its only to press the button on the dashboard and it comes up but I would like to know if any of you have had the same..

Many thanks
Audi Q2 Tfsi S line MY18

It's only when I got out of the car, locked it, opened it, switched ignition on, and then switched on the MMI. Did it then retract when I pressed the button.

It's been fine ever since.

Had it a few times, just put it down to a glitch.
NULL

I have had it not pop up when I select reverse once or twice.
I put it down to the electronics just being lazy once in a while.
2014 1.8T Saloon, Phantom Black, Bluefin, CTS turbo inlet, GFB DV+, Ramair filter, 034 Dogbone. Bilstein B12 Sportline Kit, EBC Disc and Red stuff pads, plus a small plethora of VCDS and cosmetics.

SevenW said:
I have had it not pop up when I select reverse once or twice.
I put it down to the electronics just being lazy once in a while.
Click to expand...

Could be that the electronics being lazy as both of the times was near freezing temp outside and also I think was in a hurry so quickly engaging reverse gear.. I will keep an eye .

Thanks for the info
Audi Q2 Tfsi S line MY18

I have done that already... will see if it keeps happening.. thanks
Audi Q2 Tfsi S line MY18
I

Happened to me this week. Left it a couple of hours and worked fine since.

imanoot said:
Happened to me this week. Left it a couple of hours and worked fine since.
Click to expand...

So weird that.. not have done it since.. but it has happened already 2 times .. electrical glitches i believe.
Audi Q2 Tfsi S line MY18
A

I had a weird one.... got in the car one morning and the screen was down but the cover had not "deployed" thus I could see the retracted screen. Turned car on and screen came up and when used the button to put it down the cover deployed.
NULL

Mine has decided not to retract again today. Booked it into the dealers to get it looked at. I've videoed the fault as well just in case it doesn't do it again. Weird thing is is that it seems to fix itself after a couple of minutes with the key out the ignition and putting them back in.

The dealer sent my video to Audi in Germany who came back with replacing the 'MMI mounting'.

The part number was listed on my paperwork was as item 5. They also had to replace item 7 "the dash trim" as apparently it's a once only part. To earlier to say if it's worked but they did mention there's a TPI for the greasing up the MMI mechanism if anyone's makes a noise. 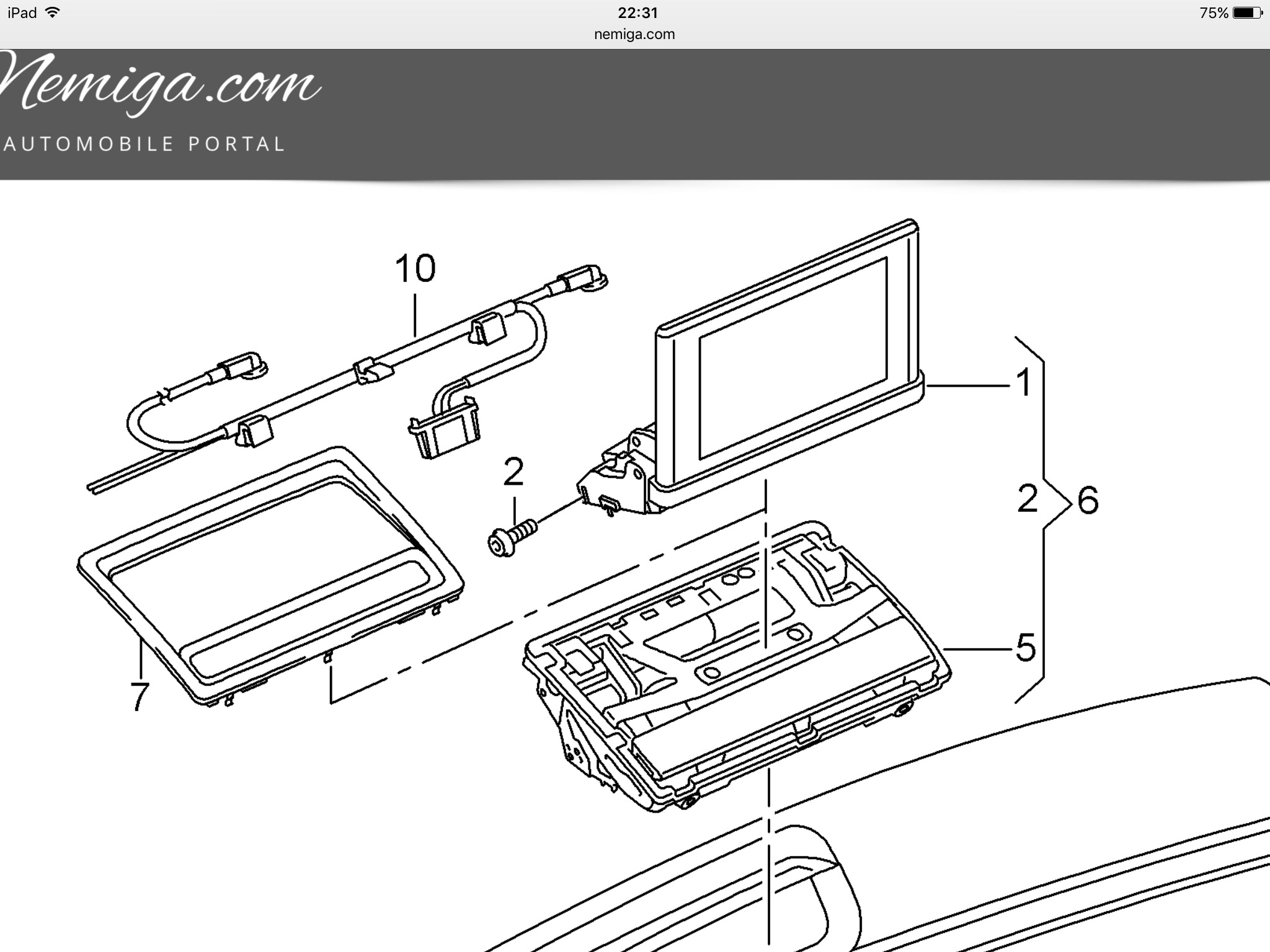 Facelift MMI Screen not coming up

W
How to prevent MMI screen from coming up ?