Looking at a TQS as a classic daily.

Been a while since I used this site. Back then I had an 8L S3. So much knowledge!

I am in the market for a B5 A4 TQS. I know they are few and far between as 230 left in the U.K, but there still seem to be a couple that come up for sale every so often.

I am relaxed on estate or saloon, but I was intrigued as to what colours the car came in. I love Misano and Brilliant Red, and wanted to know if the TQS came in that colour.

Being new onto the B5 platform, what are key things to look out for on them? I know they are 20+ years old so rust is a problem, where are the known hotspots?

Anything else to worry about?

Hi mate, I have my TQS for 8 years now and I'd say the most common faults are sensors. Coolant temp sensor failed at around 100k, maf sensor failed at 117k , check for rear diff leaks as they're bullet proof if they're dry but if left leaking for too long they will need replacing. If the belts haven't been replaced in the last 5 years then replace them, the timing belt is pretty strong on the 1.8T engines but better to be safe then sorry, if the clutch bites high it's not because it's meant to, people say the B5's clutch bites high and it's normal but after I replaced mine it bites lower then a clutch in a B7. With regards to rust the only spot on mine is on the boot trim next to the locks apart from that it's rustless, the B5 is pretty good in this regards unlike for example an E46. Check for obvious things like wheel bearing noise, CV joints, suspension and such things that are at the age when they will all slowly need replacing if they haven't been replaced yet. But if the car was taken care of them you won't find much issues, mine has 119k miles and in the 8 years I had it I can say it's been the most reliable car I've had and I had a few.

Following on from what EricTQS7 said, they're pretty good for rust, look out for the front wings and the tailgate but otherwise, it's pretty solid. Having said that, watch out for the rear suspension turrets/towers that the strut sit's inside. They're a common problem and I've recently replaced mine with a set I purchased from California. Sadly, there's no real way to tell how bad they are if you're going to look at a car unless the owner let's you take out the rear struts 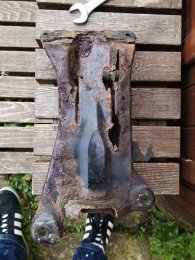 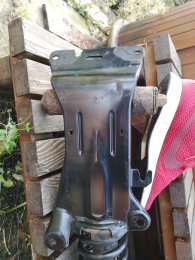 Welcome. Think the guys have covered it well above.

I have had mine 16 years now and use it occasionally. Biggest issue I find is now that some parts are no longer available.

Mine is brilliant red. 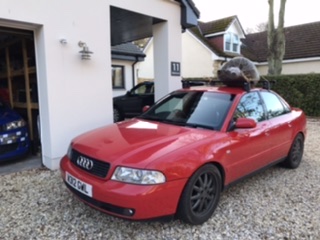 thank you so much for the above.

now the fact you have a brilliant Red one makes me happy, red is my favourite colour!

I have seen a few for sale, I will wait for the right one to appear.

thank you once again!

You may wait a while Sean. I missed out on 3 TQS A4’s this year. Every time I organised to go and look at one, somebody rang the seller up, paid over the phone and sent a flatbed to pick it up. Even the one I now own I was fighting against a guy on Scotland who wanted to buy over the phone and send a truck. I didn’t want a Hibiscus Red one, but it was a good example at the money I wanted to pay. They have shot up in price immensely incidentally. Mines hopefully going back on the road this weekend, and will be my daily, so we’ll see how it goes.
NULL
You must log in or register to reply here.
Share:
Facebook Twitter Reddit Pinterest Tumblr WhatsApp Email Share Link

Take a look at this

My tqs is fleebay if anyone wants a look