Just had my MK1 TT mapped by Rick

Well the car has been mapped this morning. The day didn't start off too well as just as I was driving past Manchester airport on the motorway there was a loud bang and a fault light popped up on the dash. I kind of worked out within about 10-20 seconds that it was boost pipe coming off or splitting

Anyway carried onto Ricks at much reduced pace and fortunately I had take a few tools with me.
A quick inspection determined that a boost pipe on the drivers side just under the headlight had popped off. Fortunately able to get at it by just putting the car on full lock and pulling back the wheel arch liner. Seems I never put a big enough bead on that pipe or never tightened the clip enough. 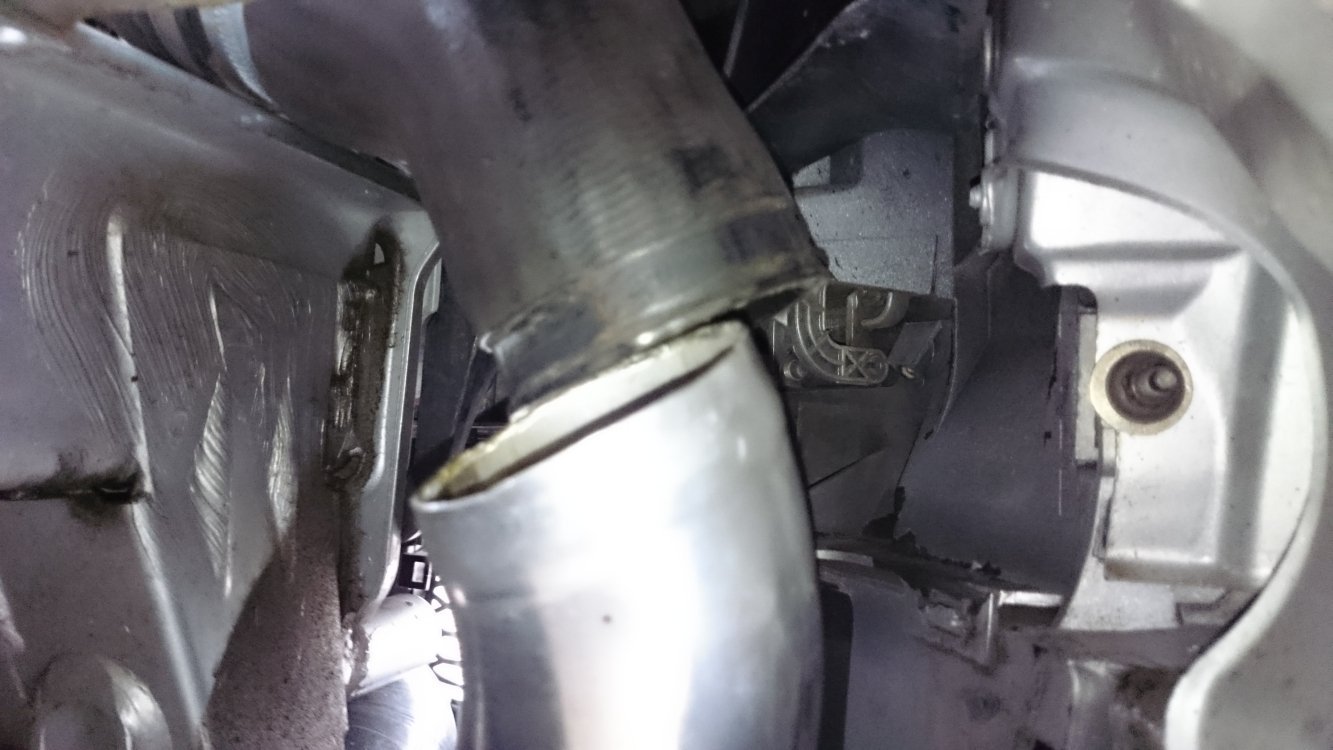 Will whip the front bumper off and make sure all the pipes have a nice lip on them and the clips are good and tight.
Car was loaded on the dyno 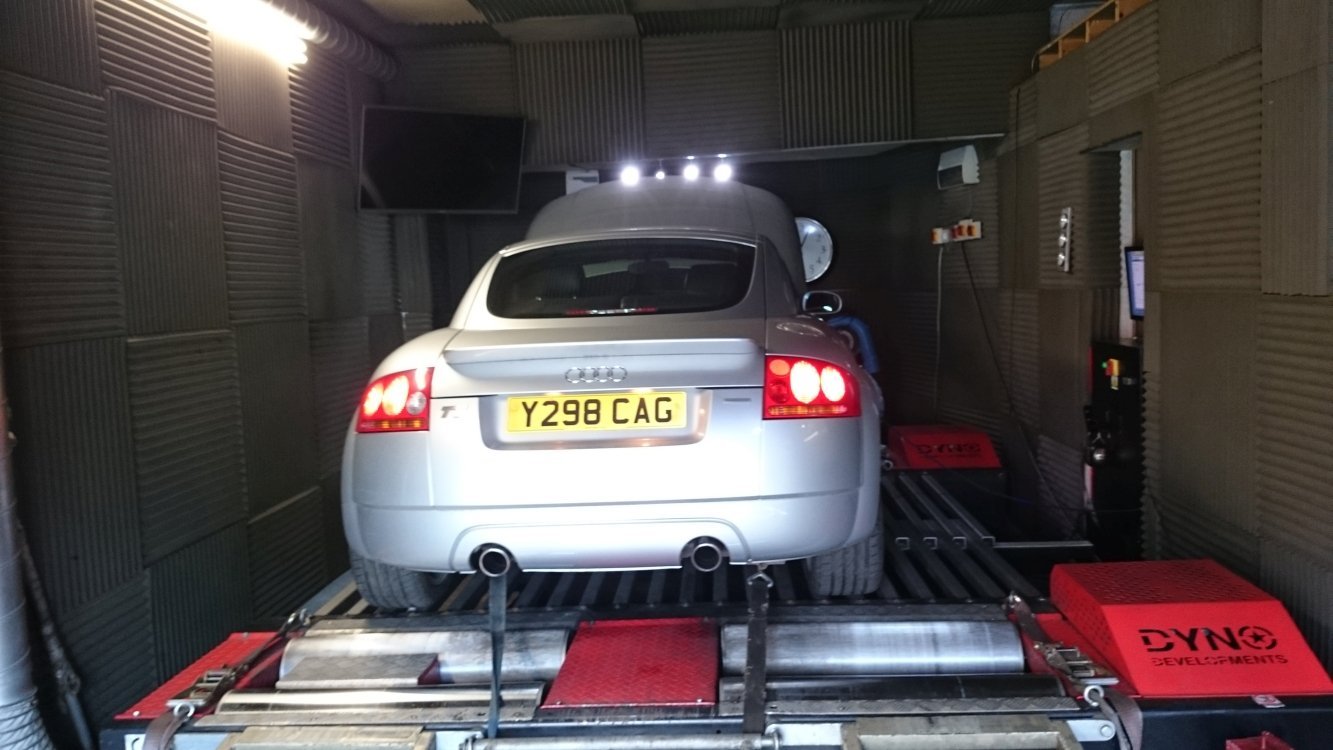 And Rick set to work.
A while later after a few different maps to get it just right ended up with this. 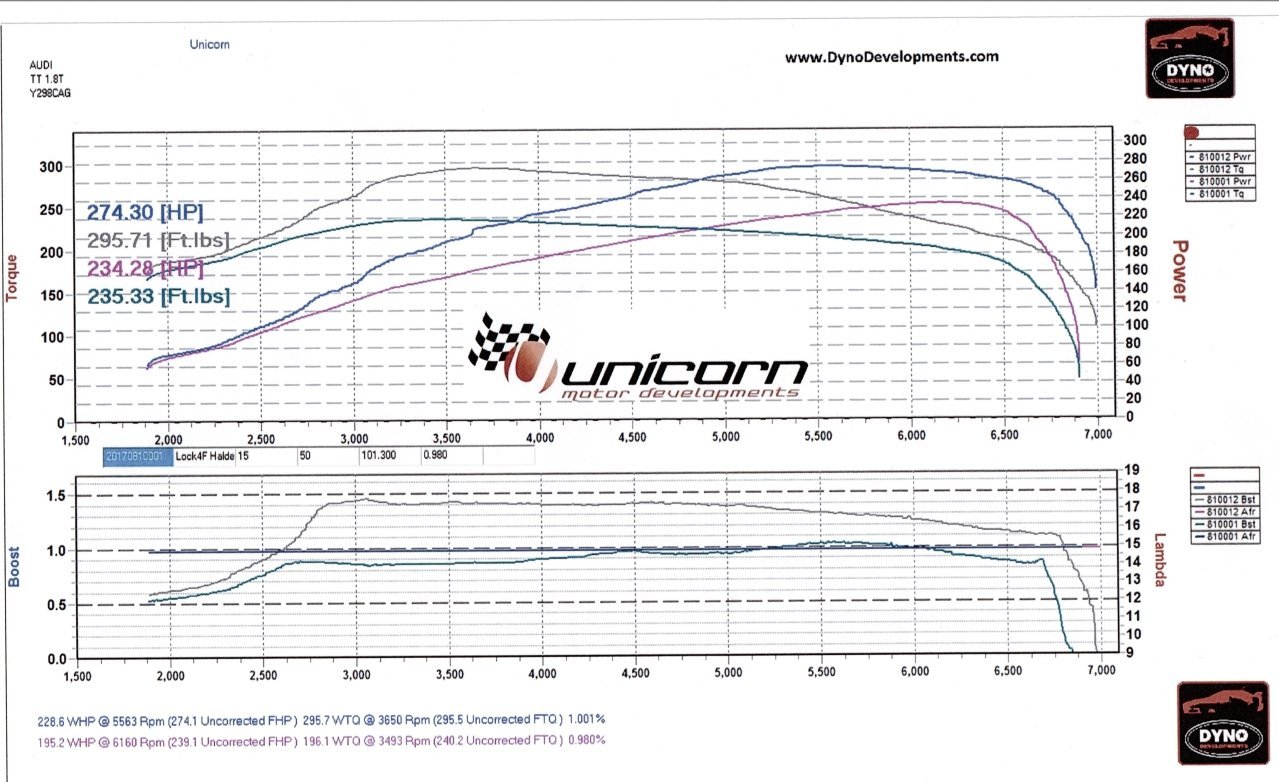 A good start with the various add on bits and straight through decat pipe giving 235bhp.

And after Rick had waved his wand, 274bhp and 295Lb/ft of torque, bang on where I was hoping it would be. Just around 300Lb/ft of torque with no peaks to bother the rods and 270 + bhp. This has pretty much maxed out the injectors even with a 4 bar FPR .
The car is making 260bhp or more between 4400 rpm and 6500rpm so it's very noticeably quicker.
Just need to get the suspension sorted now and lose some weight off the car and think it will be time to hit the track.
Many thanks @Rick @ Unicorn Motor Dev. great job as per usual
Karls 382bhp A4 3.0 TDI build thread
MK1 511bhp TT track day car Build thread
You must log in or register to reply here.
Share:
Facebook Twitter Reddit Pinterest Tumblr WhatsApp Email Share Link