I agree Paul, I admit part of the reason I don't go every time is because it's so far away for me. It's a good 45 minutes each way for me on a good night, and will soon be a around 55/60 minutes once I've moved house. I know I don't work as much as some people, but after 9 hours at work I still think its a lot of driving to be doing.

I know there's North and East Yorkshire as well included in this, who are even further away so it's not even an option really to be travelling so far. I don't want to exclude them but maybe worth having a dedicated North/East Yorks meet additionally if anyone up there is interested from that area.

Maybe worth having a bi-monthly meet for everyone and a more localised one the other months, or alternate between a couple of locations. Say one around Leeds/Wakefield and another around Sheffield/Barsnley/Doncaster?

If anyone thinks I'm daft then say so.
LOUD NOISES

Ok guys here is my input in this, so have a meet once a month but vary the location so its not the same people who have to travel all the time. x
Audi-sport.net Lanyards & Stickers
To find Audi-Sport-Net members with VCDS check out the MAP
For Audi-sport.net Small Events Click HERE
​

Sounds a good idea to me. I don't mind moving around, i like a decent run out!

Regional Rep
I've asked people who want to come to message me their post codes... Just so I can try and pick a place that brings us all in from even (ish) distances.
I don't mind distance from time to time but we have fallen into a small tight group with a fair bit of travel for the same ones month after month
Noggy Blue 2001 S3 RIP :-(
Family car... 2001 RS4.

My personal take on this...

Move it around, but 3 months at a singular venue before moving onto the next to avoid confusion and people turning up to the wrong locations.

Summertime is where we need to be exploiting the lovely Yorkshire countryside beergarden retreats...

Has anyone turned up at the wrong venue before?
LOUD NOISES

michaelg1001 said:
Has anyone turned up at the wrong venue before?
Click to expand...

Back in the old days we did!
LOUD NOISES

Regional Rep
I feel that WHEN and IF we do agree on other locations if we post it up as a new thread on here and like now all pass it on to friends who maybe dont use the forum enough... then we will just have to hope people check the forum and location.I for one would never set off to a meet without checking who was going and that the location/time was still the same.
Noggy Blue 2001 S3 RIP :-(
Family car... 2001 RS4.

I for one don't mind traveling to foreign places lol, but we need to be able to make the numbers up so its not a flop and a waste of fuel..

Now the season time is coming I will be checking the local meet section regularly!
BRING ON THE WET WEATHER âQUATTRO FTW

Regional Rep
If people want to make any suggestions we are more than happy to listen, So feel free to message myself,Shaun or Matti
Noggy Blue 2001 S3 RIP :-(
Family car... 2001 RS4.

Regional Rep
Right, hello all,
With the next meet approaching,what are peoples thoughts regarding moving this time ( just to try a slightly more central locations for those who have attended past meets) to Xscape?
The last time a few of us met up there we had a good evening,
Or are we sticking to pubs for the monthly?
Could do with a little input here people as if we plan something for nobody to turn up... its pointless.
.
Noggy Blue 2001 S3 RIP :-(
Family car... 2001 RS4.

I dont mind either way, but i would prefer Xscape. It's easier for me to get to. I will be coming to the next one with the mothers' RS4 so that's two right there!

Why do I have to live so far away!
LOUD NOISES

I'm happy to do xscape if people wish to try it there.

Shall we do another hare and hounds meet this time and chat further on the subject? - I will be there this time.

Regional Rep
To make it worth a chat... there needs to be members there.
Its a little hard to find inspiration to push on when the same 6 people turn up and just shrug their shoulders when asked,
I would love to see fresh faces/ old friends, But the same old same old isnt pushing that, I just wanted to get as many people as possible to come to one place to sort out what they want and where they want it.
Im happy with either this time. Michael if you want to jump in with me to save fuel thats fine with me just come to mine and leave yours there. Sadlt i cant leave mine til about 6.45 though.
Noggy Blue 2001 S3 RIP :-(
Family car... 2001 RS4.

Thanks for the offer Paul, I'll let you know closer to the time. It might be a case of me only coming every other month or something,depending on what I'm doing. Looking like my house move isn't moving quickly, so should be able to get to the next one.
LOUD NOISES

Have we got a list of attendees going yet?

JordanQuattro said:
Have we got a list of attendees going yet?

@JordanQuattro who is the +1
Audi A4 2.0 TFSI S-line Quattro

The RS4 is coming with me. 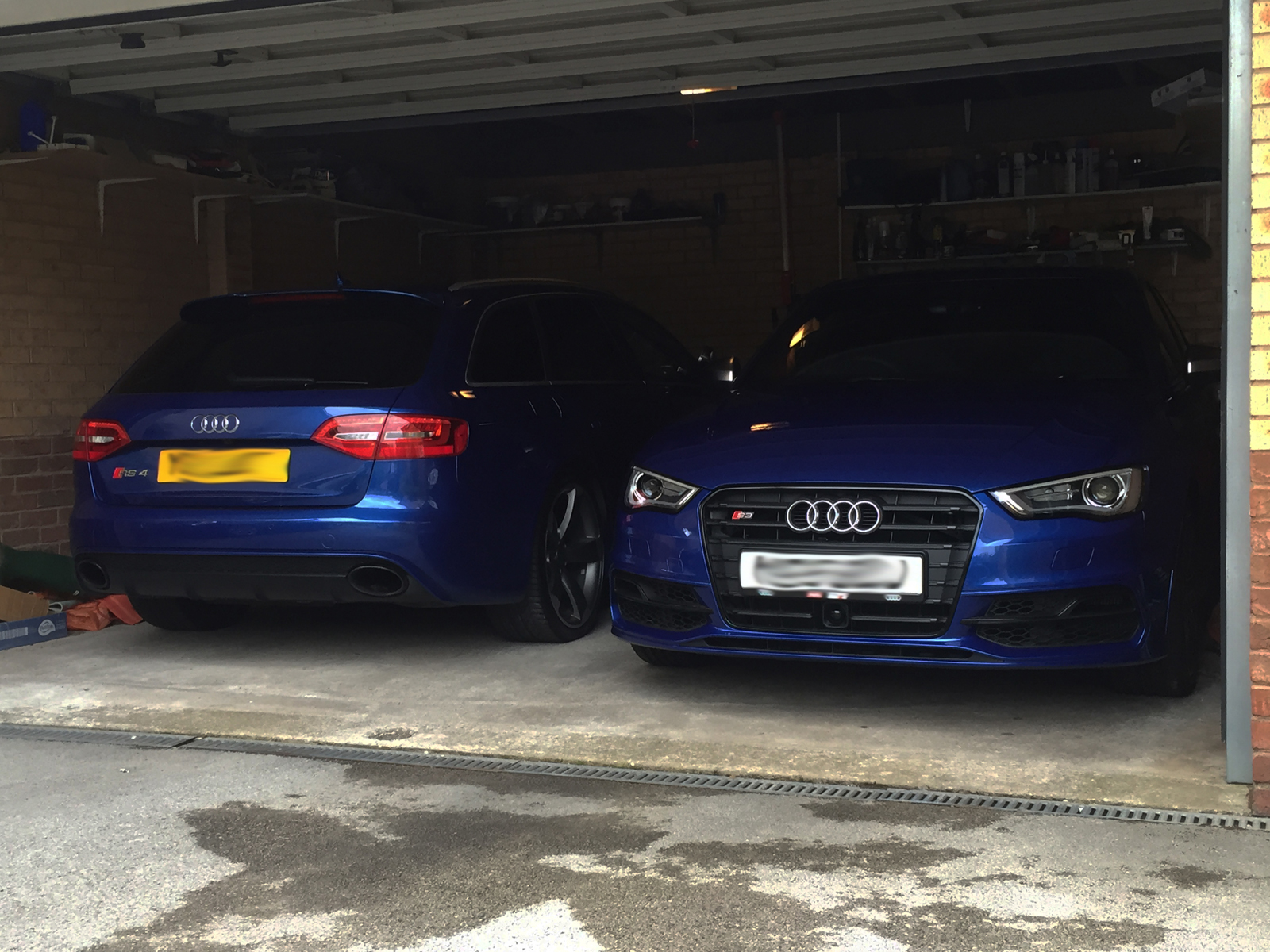 JordanQuattro said:
The RS4 is coming with me.
View attachment 59410
Click to expand...

Is your mum coming too? Her car isn't it? lol

ShaunS3 said:
Is your mum coming too? Her car isn't it? lol
Click to expand...

Haha no shes not. My mums partner is, he's a big petrolhead and finds any excuse to drive it. When i told him about last months meet he asked if he could come to the next one.

JordanQuattro said:
Haha no shes not. My mums partner is, he's a big petrolhead and finds any excuse to drive it. When i told him about last months meet he asked if he could come to the next one.
Click to expand...

Look forward to meeting you pal.

Anyone else fancy popping along?

ShaunS3 said:
Anyone else fancy popping along?
Click to expand...

I'll not be there I'm afraid, just that bit too far for me to justify this time.
LOUD NOISES

Are you popping up this time?

Slim chance I might be able to make it. I'm dropping my daughter off in Leeds first
Audi A3 8V S-Line Sport Back 184 BHP

I'm here where is everyone else?

dave rutter said:
I'm here where is everyone else?
Click to expand...

Your a day early

dave rutter said:
I'm here where is everyone else?
Click to expand...

First Wednesday of every month fella....

I know it sounds like a daft question.
What's the phone signal like there especially O2?
Audi A3 8V S-Line Sport Back 184 BHP

Thanks Mark. I have to pick my daughter up in Leeds, she is going to phone me when she knows what time. I can't have her not being able to call me.

We will be there tomorrow night.

Sorry for the confusion.

Always tomorrow as they say.... Lol
Click to expand...