Five of the greatest names from the sport of rallying will be starring at IGNITION, Festival of Motoring – a celebration of all things car and bike themed – staged on the streets of Glasgow in and around the SEC from 4-6 August.

All five ‘Rally Gods’ – Markku Alén, Miki Biasion, Stig Blomqvist, Timo Salonen and Ari Vatanen – are World Champions and all five are super-heroes from the epic Group B era, still hailed by many to be the sport’s most extreme and exciting period.

Often termed ‘Formula 1 in the forests’, Group B regulations were introduced for the 1982 season with only a few restrictions and allowing almost unlimited power. Cars could be mid-engined two-seaters and manufacturers only had to produce 200 examples that bore no more than a passing resemblance to showroom models to meet minimal homologation requirements.

As a result, in the four years between 1983 and 1986, rallying developed further and faster than it had done in the previous three decades. Group B took the sport to the absolute edge of performance, but put it beyond common sense and reasonable safety levels. When FISA, the then world governing body, culled the category following a series of terrifying accidents, Group B was immortalised.

Though ultimately short-lived, the epic Group B era has since acquired legendary status and brave-hearted drivers such as Alén, Biasion, Blomqvist, Salonen and Vatanen been revered right around the globe.

Come IGNITION all five will be back behind the wheels of the fearsome cars that they campaigned in their heydays. Twice a day – as the climax to each exhilarating Track Show – the Rally Gods will also be renewing old rivalries competing against-the-clock in a dramatic not-to-be-missed Street Stage Shoot-Outs – this time racing cutting-edge sportscars on a special gymkhana circuit.

Visitors will also be given the chance to see their Rally God heroes up close with regular autograph and selfie sessions on all three days of the spectacular event.

“We are hugely honoured to be welcoming five of rallying’s greatest names to IGNITION,” enthused Cat Stanford, IGNITION Festival Director. “Scotland has an incredible motor sport history and the presence of these Rally Gods and their idolised Group B cars is going to be one of the stand-out highlights of this year’s bigger, faster and louder show.”

Building on the huge success of last year’s inaugural IGNITION which attracted more than 26,000 visitors, other notable features for 2017 include: 70 years of Ferrari – a tribute to the history and legacy of the famous Prancing Horse; the 60th anniversary of Ecurie Ecosse’s famous 24 Hours of Le Mans victory with an exclusive line-up of the team’s finest machinery; a bike stunt zone; a supercar grid to rival any featuring Lamborghinis, Porsches, McLarens, Mustangs, Mercedes’ and more; plus, hundreds of exhibitors showcasing the latest releases with the opportunity for visitors to buy their next car or bike at the event.

There will also be a return by popular demand of the rubber-burning Japspeed drifters plus eye-catching displays by renowned Scottish bike stunt rider Kevin Carmichael.

A new addition for 2017, the outdoor Ride and Drive Zone will give motor enthusiasts the chance to test their skills offering a mix of off-road driving experiences, test drives, a young driver experience and the chance to ride electric motocross and trials bikes.

The indoor IGNITION arcade, another new attraction, will host a range of games and experiences to cater for the whole family, including remote control drifting, simulators, gaming areas, remote control truck racing and more.

Tickets for IGNITION 2017 are available now from the festival website with prices to suit every pocket. Single tickets start at just £27.50 (pre-booked) for full day entry to the show and only £15 for a late entry single ticket from 2pm. A single ticket plus morning or afternoon grandstand seat costs £40, while a family day ticket for two adults and up to three children costs just £70.

THE IGNITE Club ticket at £129 is the ultimate VIP experience offering exclusive access to the IGNITE Club Paddock and grandstand, both conveniently located trackside and close to the private IGNITE club bar where lunch and driver Q&A’s are included.

A full breakdown of ticket types, prices and event news can be found at www.ignitionfestival.co.uk.

Quiet and calm off the track, Alén was notoriously wild at the wheel. His phrase “now maximum attack” became legendary during the raucous Group B era. Alén held the record for most stage wins in the WRC until his tally was overhauled by Sébastien Loeb.

At his peak Biasion was winning three out of four events he entered. In 1988, he won the WRC title in a Lancia Delta Integrale and again dominated the series the following season. Later in his career, he rallied Ford’s winged Escort RS Cosworth in the early 90s.

While one of the fastest drivers of his generation, Salonen stood out from his rivals for being overweight, wearing thick glasses and smoking heavily. Indeed, he insisted his rally cars came with power steering and an ashtray! With seven wins he was the most successful driver of the Group B era.

Always flat out, often airborne, the ‘flying Finn’ was the inspiration for Scottish rally hero Colin McRae. Vatanen won the WRC title rallying a spectacularly sideways Ford Escort RS1800 and then, armed with a Peugeot 205 T16, was one of the pacesetters during the Group B period before suffering severe injuries when his car somersaulted at over 120mph in Argentina in 1985. 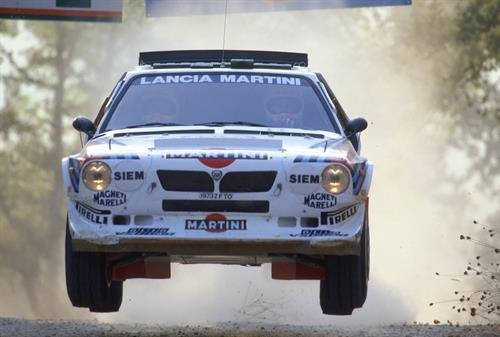 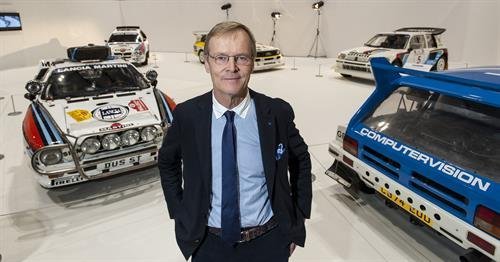 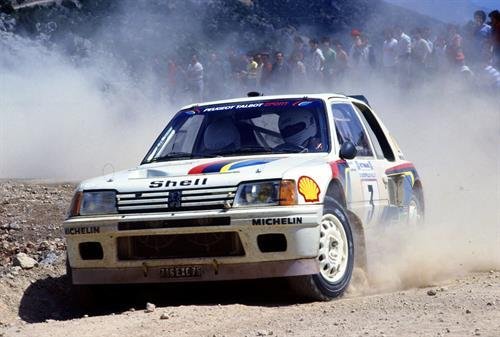 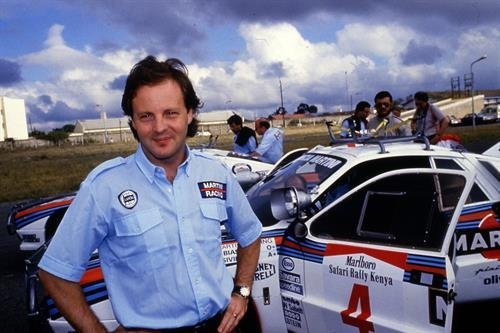 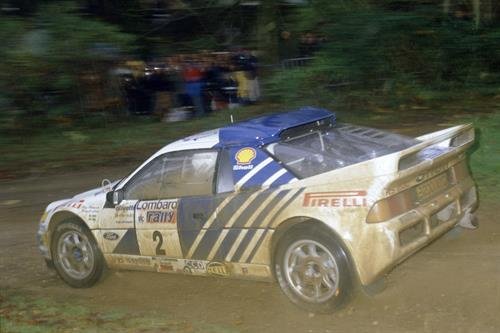 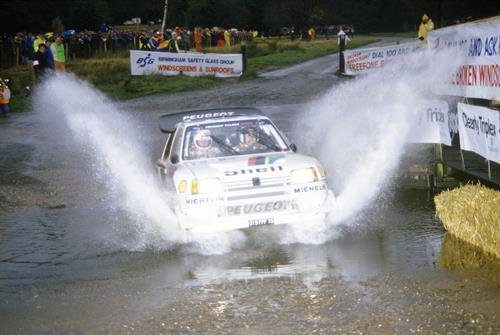