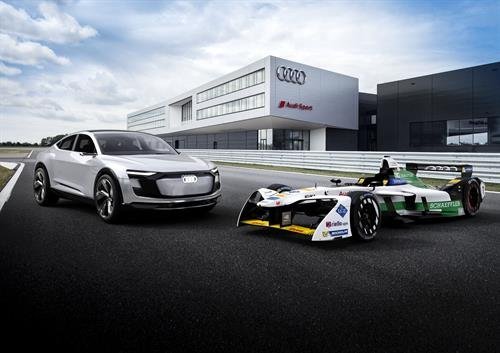 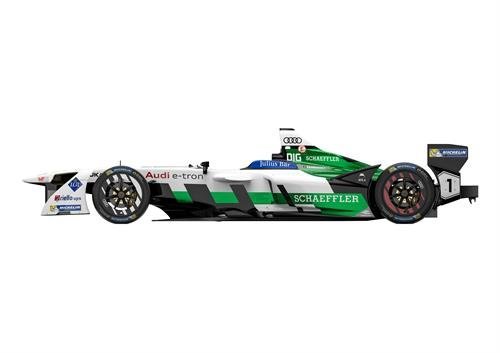 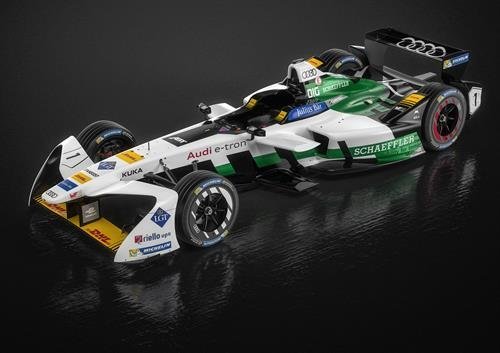 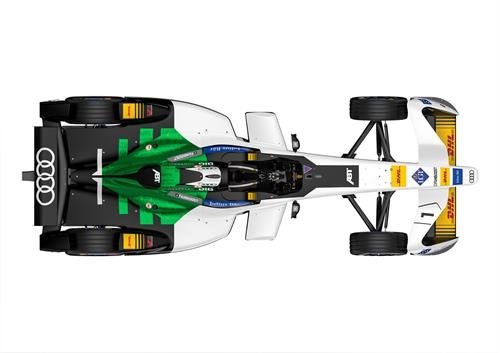 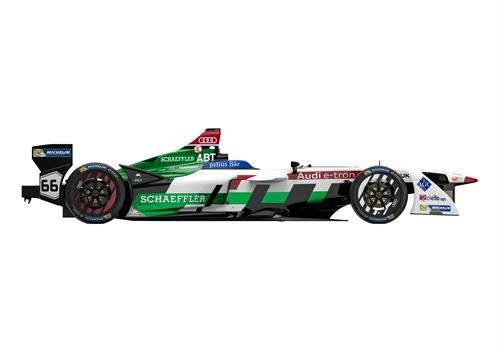 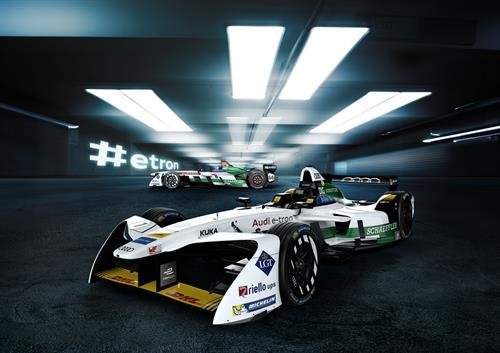 Neuburg, September 27, 2017 – Audi has tonight presented the Group’s first ever all-electric racing car in Neuburg, Germany. The Audi e-tron FE04 embodies the company’s transformation from a classic automobile manufacturer to a forward-looking mobility provider on the race track.

“After nearly 40 years of being successfully active in motorsport on the highest level, Audi now becomes the first German automobile manufacturer to compete in Formula E in order to test and advance the development of new technologies for production,” says Peter Mertens, Member of the Board of Management, Technical Development, AUDI AG. “Following quattro, TFSI, TDI, hybrid drive and many other innovations, our first single-seater race car is a portent of our product offensive in the field of electric mobility that we are ringing in with the Audi e-tron in 2018.” At the IAA, Audi announced having more than 20 electrified models in its range even before 2025 including plug-in-hybrids and fully electric cars.

In Formula E, the teams and manufacturers are allowed to develop the powertrain consisting of the motor, transmission, parts of the suspension and the respective software. The combination of the motor and transmission is the centrepiece of the Audi e-tron FE04. The engineers primarily focus on designing the motor-generator unit for ever greater efficiency. To transmit the power to the wheels, Team Audi Sport ABT Schaeffler will be using a high-efficiency transmission with only one gear in the 2017/2018 season.

“Together with our technology partner Schaeffler, we have developed a completely new powertrain,” says Head of Audi Motorsport Dieter Gass. “You can immediately tell this by looking at the new carbon housing of the powertrain. The car also sounds different because we’re pursuing new avenues in technology.”

A progressive new livery featuring white, metallic green and black as the basic colours visually distinguishes the Audi e-tron FE04 at first glance clearly from the car in which Lucas di Grassi won the Formula E championship title in July. For the first time in his career, the 33-year-old Brazilian is entering a new season in car number “1” of the title defender and on the occasion of the world premiere in Neuburg he did not let the opportunity pass by of driving the softly whirring new electric race car onto the stage.

Lucas di Grassi’s teammate is youngster Daniel Abt (24). The driver from the Allgäu has been signed as an Audi factory driver. Daniel Abt will be driving car number “66” with additional red colour markings intended to make it easier for spectators to distinguish the cars of the two Audi campaigners from each other.

From day one, Lucas di Grassi and Daniel Abt have been forming a strong driver duo in Formula E, which in the 33 races held to date has achieved 24 podiums, six victories and four pole positions. Both are tackling their fourth Formula E season.

The new team principal and, as such, the face of Team Audi Sport ABT Schaeffler in Formula E is Allan McNish. The Scotsman had already accompanied and supported the team at the race tracks throughout the third season. Now the former Formula 1 campaigner, long-standing Audi factory driver and three-time Le Mans winner is also officially leading and representing the squad.

The Audi e-tron FE04 will make its racing debut at the Formula E season opener in Hong Kong on December 2, 2017. However, the new electric race car will already be seen on the race track in the coming days. This Friday and Saturday, Audi is presenting the FE04 with Daniel Abt at the wheel during the E-Mobility Play Days at the Red Bull Ring in Austria. Subsequently, from Monday to Thursday, Valencia, Spain, will be the venue of the only official Formula E pre-season tests. Both Audi drivers will be testing there
Audi-sport.net Lanyards & Stickers
To find Audi-Sport-Net members with VCDS check out the MAP
For Audi-sport.net Small Events Click HERE
​
You must log in or register to reply here.
Share:
Facebook Twitter Reddit Pinterest Tumblr WhatsApp Email Share Link

Your Racing Car.com joins forces with AmD Milltek Racing.com for the 2011 BTCC