so I need to access my coolant thermostat/manifold which is mounted to the rear of the engine block, behind the egr cooler connector pipe from the valve- silly me didn't replace the o-ring between thermostat and block so it is draining all the coolant. 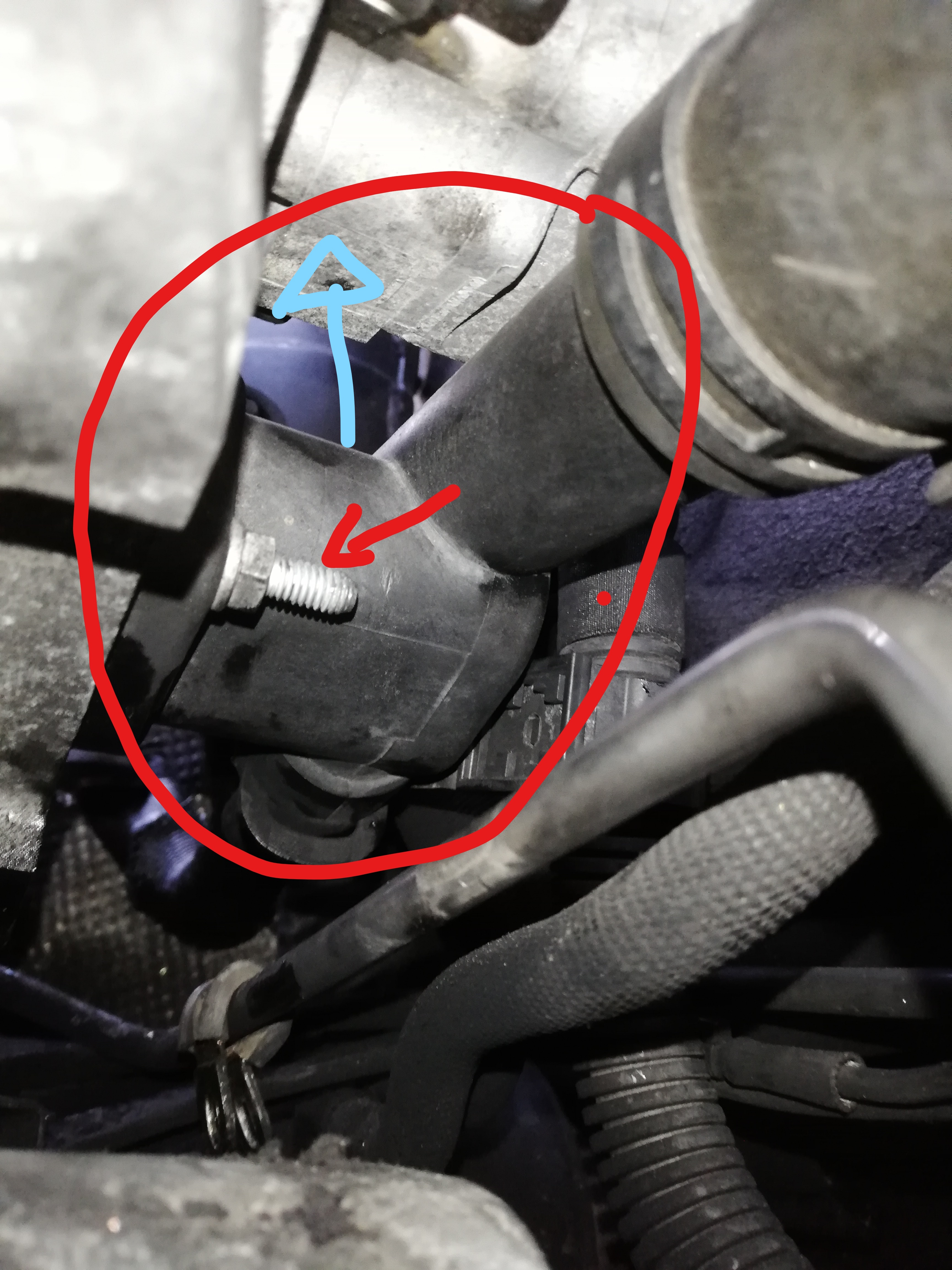 I am told by my garage that to do this requires removal of the fuel pump mounted above the thermostat/manifold- I can believe this much as when I removed it 1st time round, the cooler connector pipe was not fitted and so access was easier.

I am also told by my friend that the fuel pump is timed- however, the garage didn't think that it was, however if it is, won't be able to do the job as they don't have timing tools apprarently.

AFter googling it looks like the fuel pump is under the rear seats. So my questions are:
uploaded pic- red circle is the thermostat which I need to replace the oring behind. The blue arrow is the part I need to remove (Srry for crappy pic, all I have on my pc...)

The fuel pump at the tank is only a lift pump. The one on the engine is a tandem pump. It has two circuits, one provides fuel and the other provides vacuum for the engine.

Sent from my MAR-LX1A using Tapatalk
The difference between Genius and stupidity, Genius has a limit.

bingo, thanks for this.

Is it timed do you know? That's the big question...

It slots into the back of the camshaft, only fits one way. Pay attention when you take it off, makes things easier.

Sent from my MAR-LX1A using Tapatalk
The difference between Genius and stupidity, Genius has a limit.
You must log in or register to reply here.

B
Replacing fuel pump on 1.8T

B
Replacing fuel pump on 1.8T