Dtm Back To Life

So after wanting a dtm for a while but not really wanting to spend what the sprint blue dtm was going for I found this one in Aberdeen.so after doing a 900 mile round trip on a Saturday to go and see it I decided I would buy it and have it recovered back. 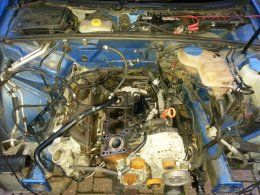 So after receiving the car 2 days later I set about getting what was left of the engine out and stripping it to see what was wrong with it as the former owner said it was only top end problem but I was pretty sure the bottom end had issues aswell.
So after stripping I found the balance shaft had seized which in turn snapped the oil pump chain and sheared the bolt to the balance shaft sprocket. 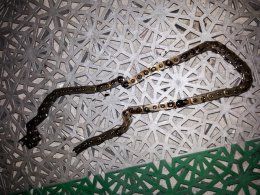 Also with no oil pump working I found there to be play in the gudgeon pins.turbo was shot aswell as the head and cams.so it was an easy decision to source another engine. 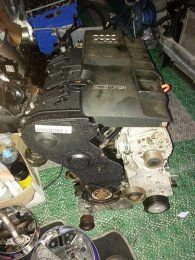 Back to Audi ownership DTM style!

Looking to buy a DTM