How many of you regularly check and clean your methanol nozzles? I ask because a few months ago after finding my meth consumption was getting slower I thought I’d check the system. I started by disconnecting the pipes that connect to the nozzles and activate the pump by pressing the microswitch on the pressure switch. This proved the pump was actually working so I then removed both the nozzles along with the the adapters and then unscrewed the nozzles from the adapters 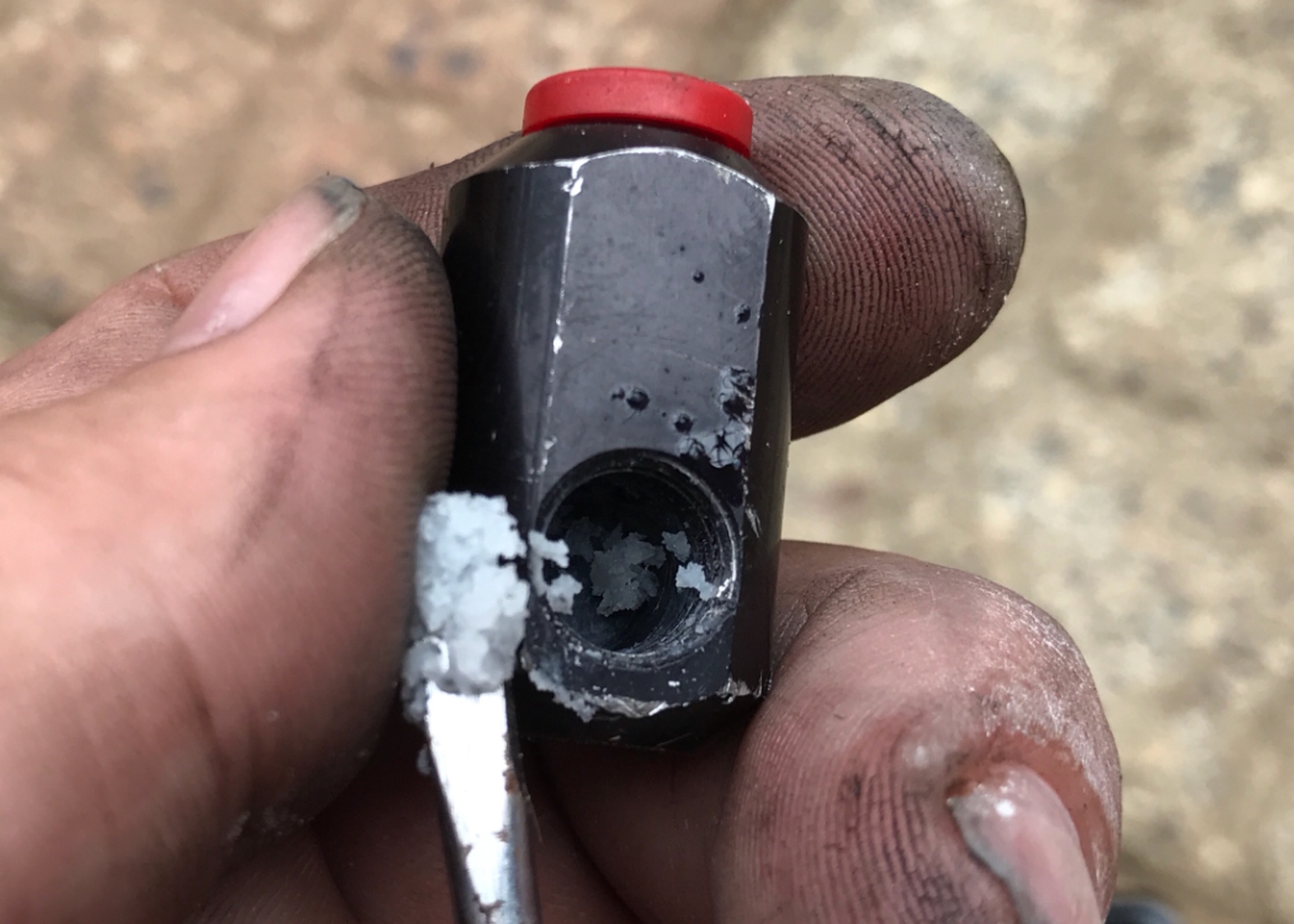 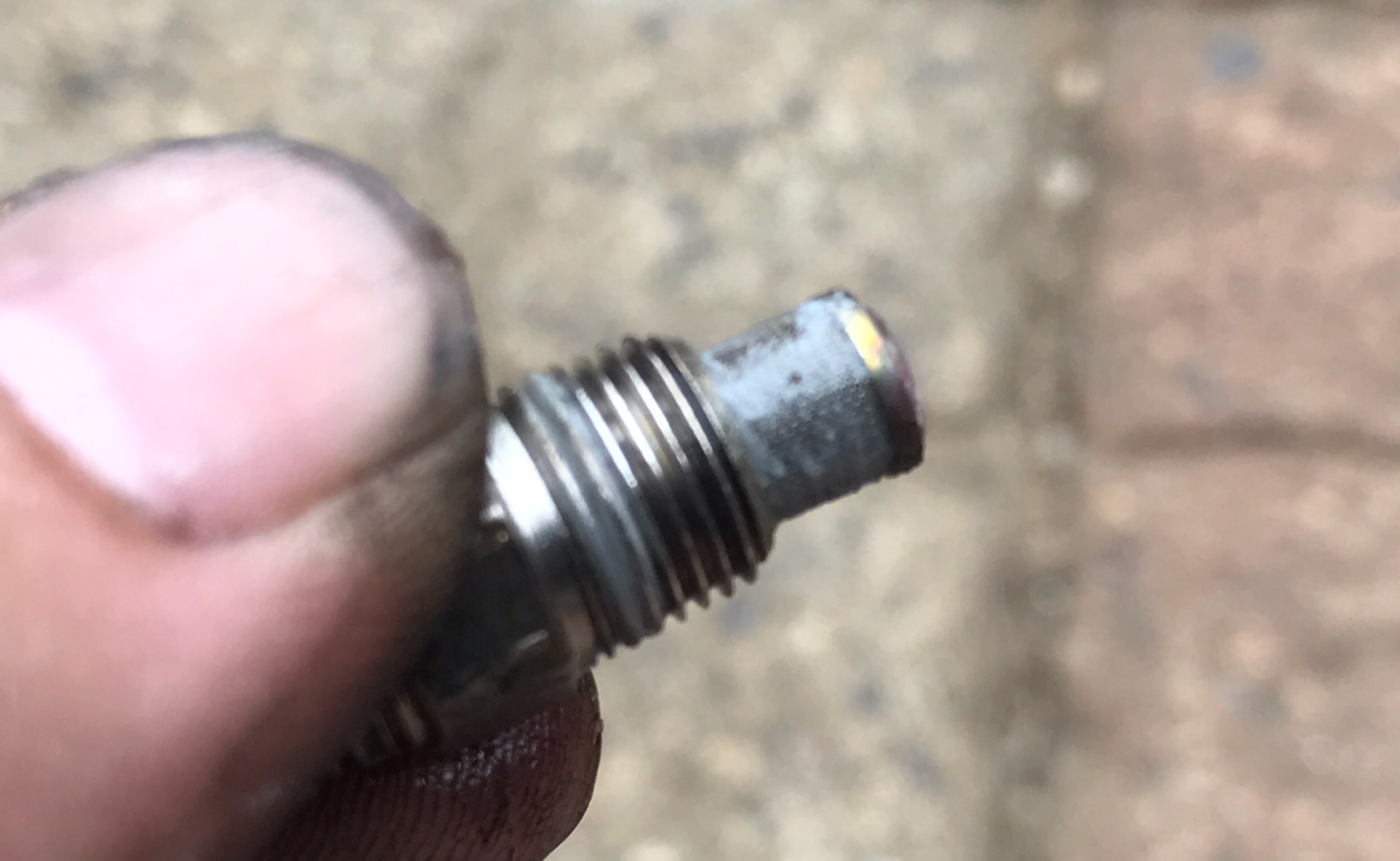 Wow, I wasn’t expecting that!! The adapters were nearly completely clogged and the mini filter on the spray nozzle was badly clogged (this is after around a year of use as I changed the nozzle about a year ago and added a second one) but both look as bad as each other. I never thought to remove and clean them before and never thought that they would get as manked up as that especially using De-Ionised water and 99.85% pure methanol (from a reputable chemical company)

The Devils Own nozzles are made up of four parts which screw together and can easily be dismantled with a flat blade screw driver for cleaning. I gave them a blast with carb cleaner to remove as much gunk as possible and then put them in the ultrasonic cleaner with a cap or two of cleaning solution. 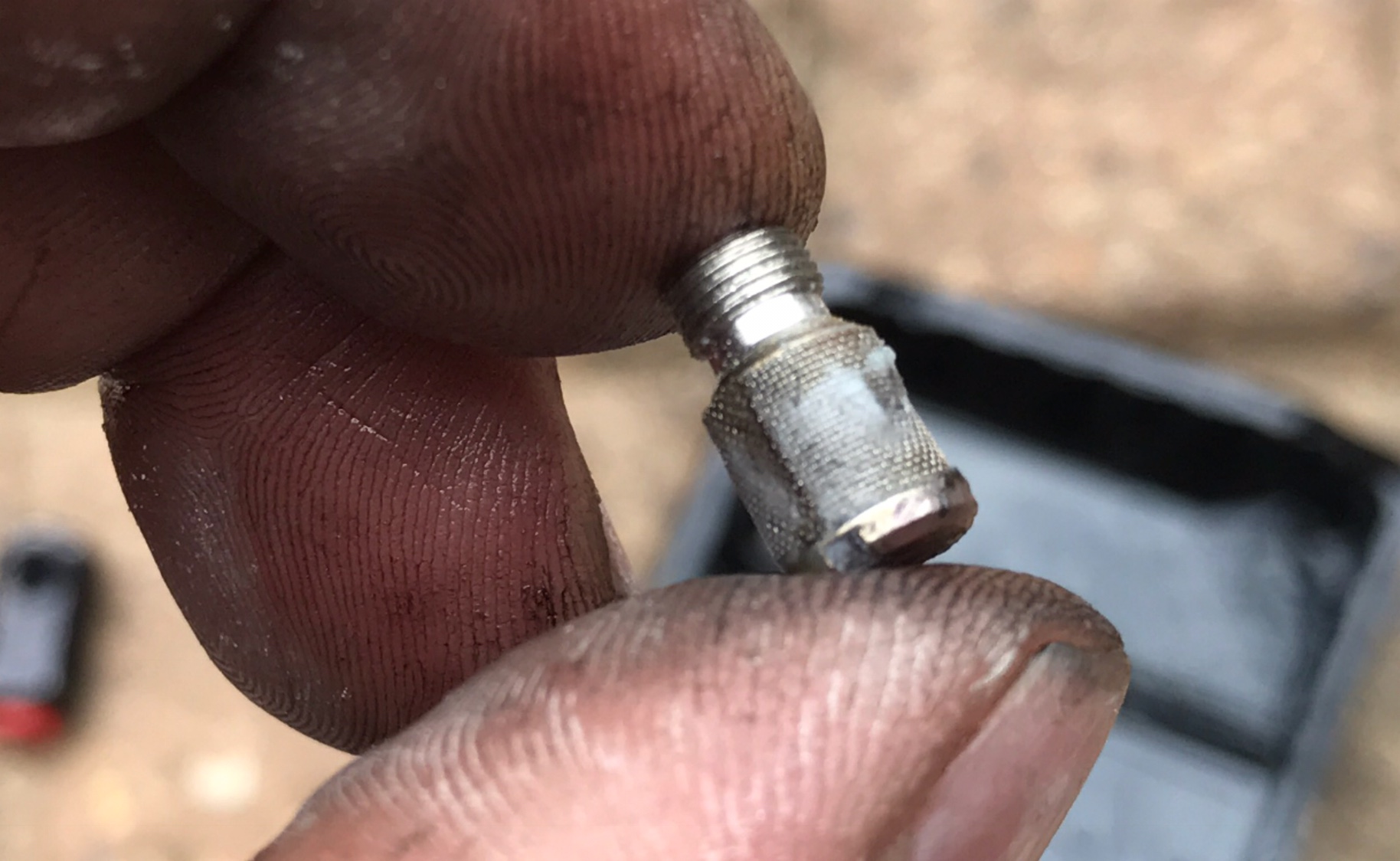 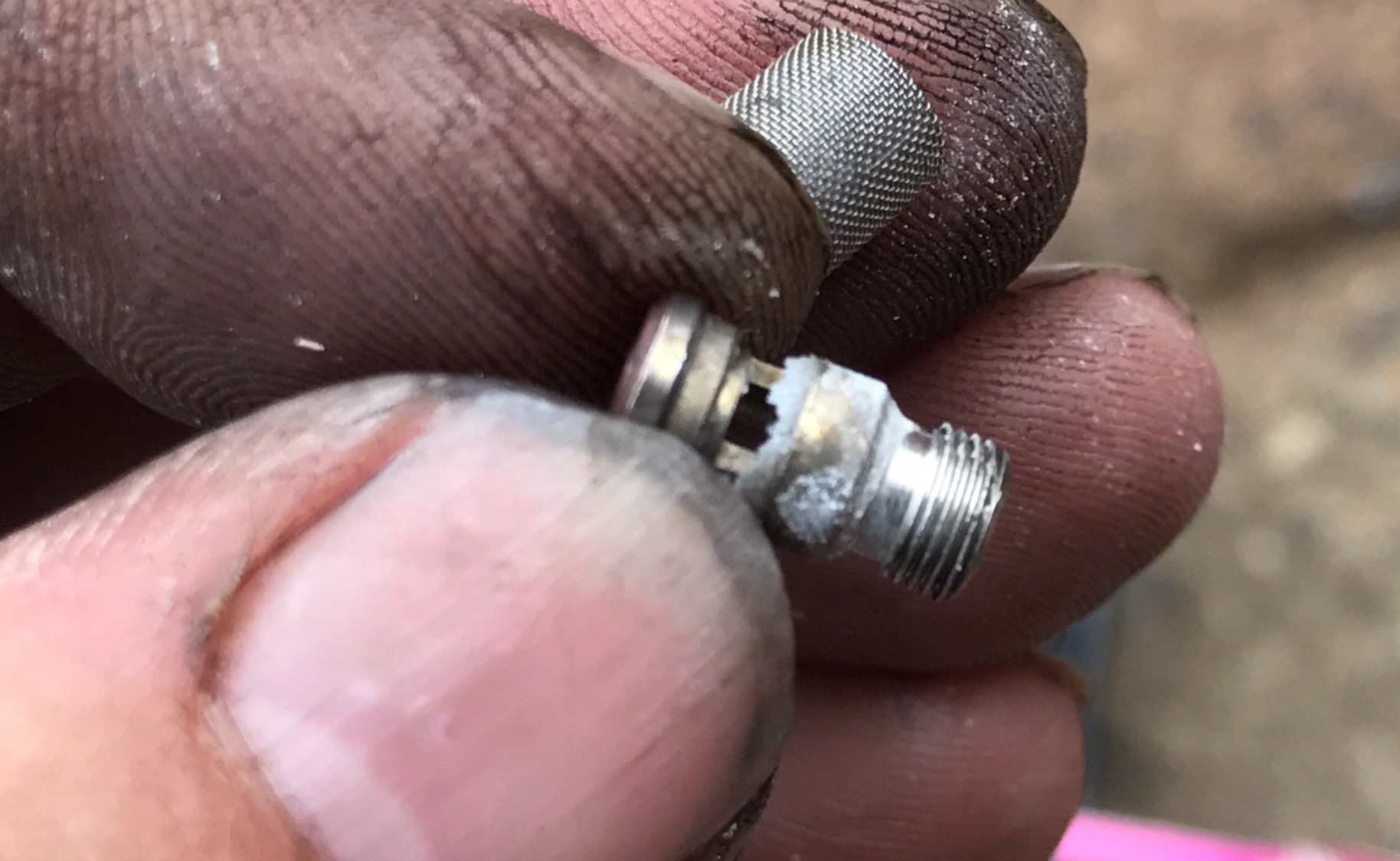 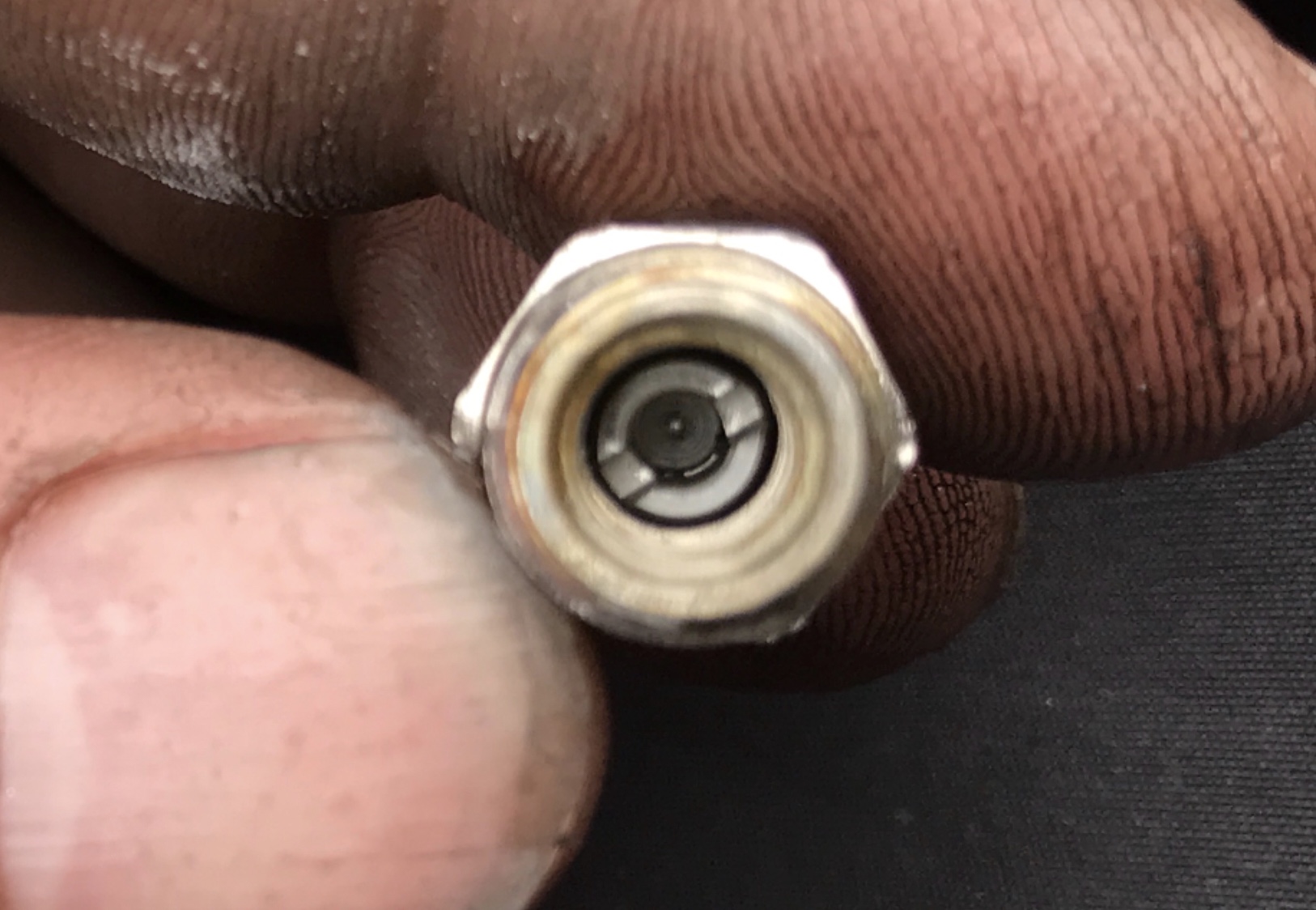 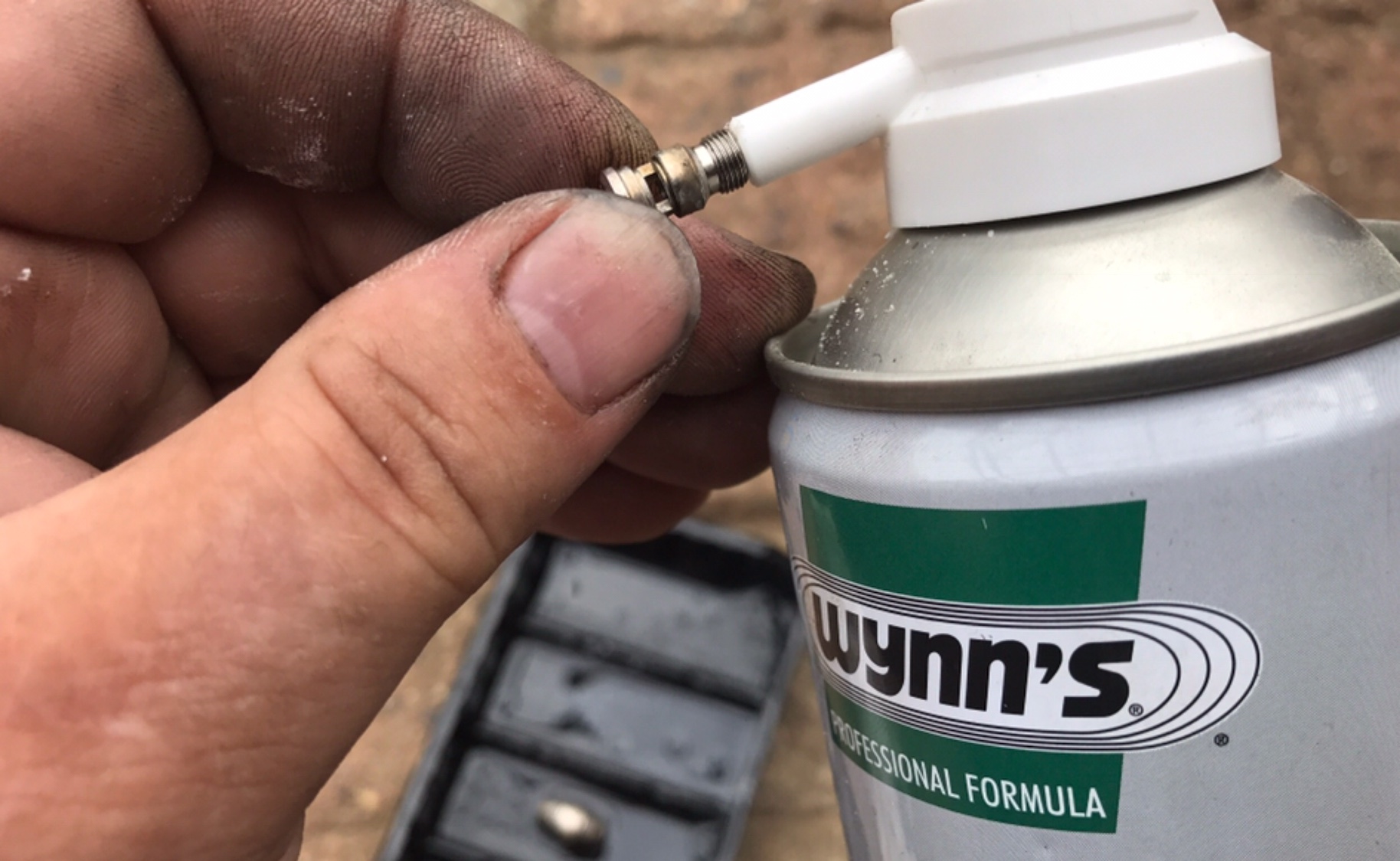 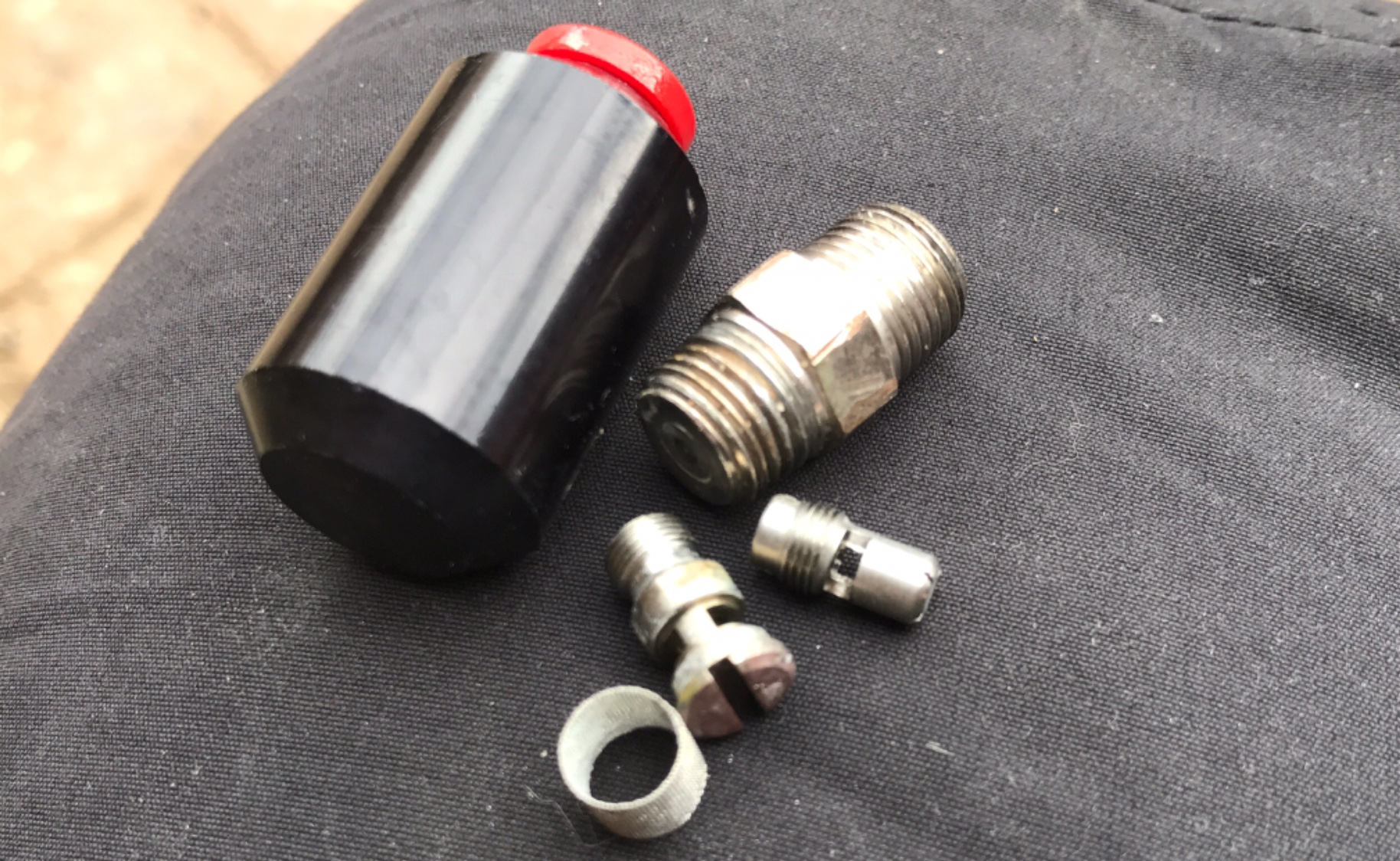 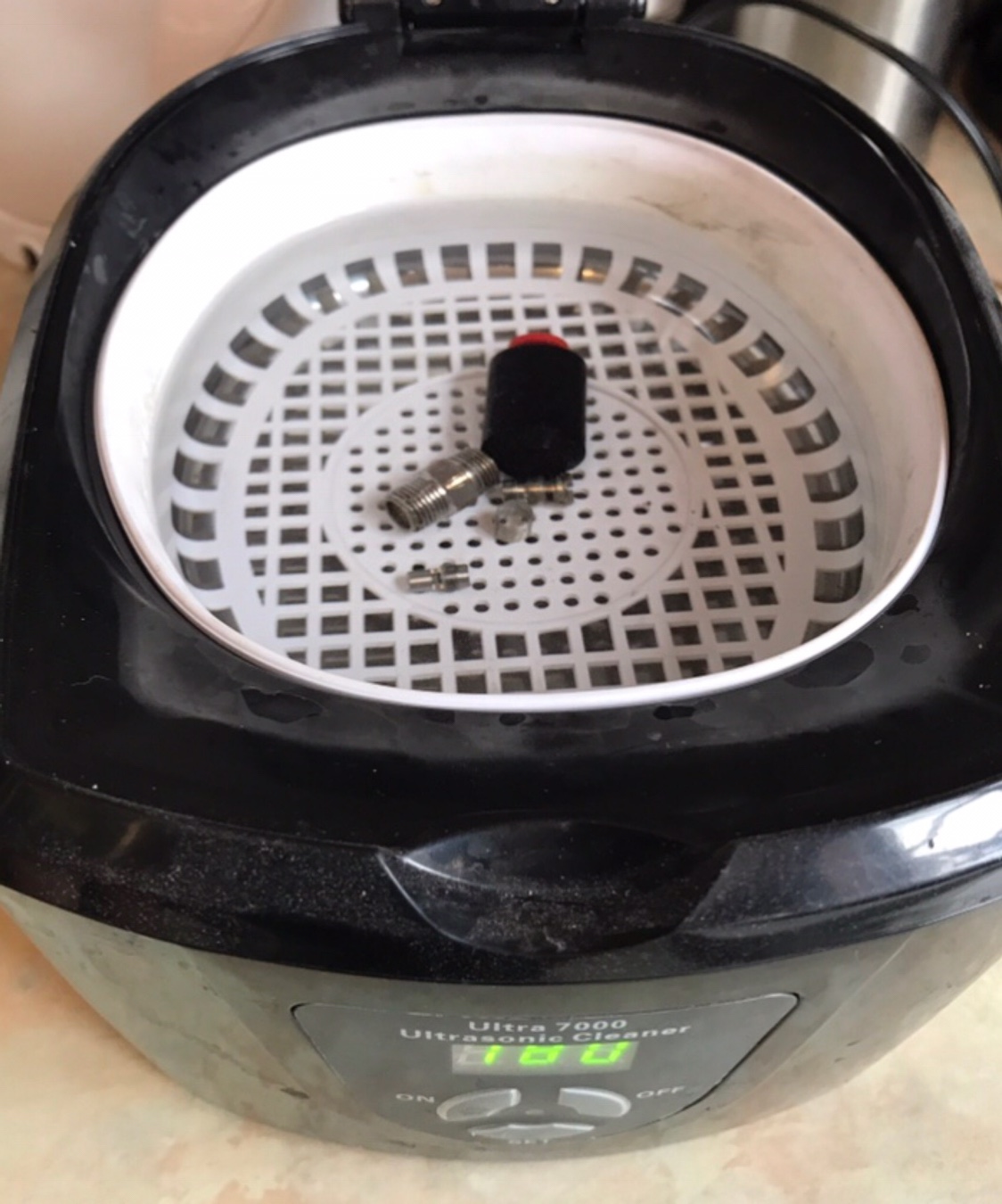 unlike my grubby fingers 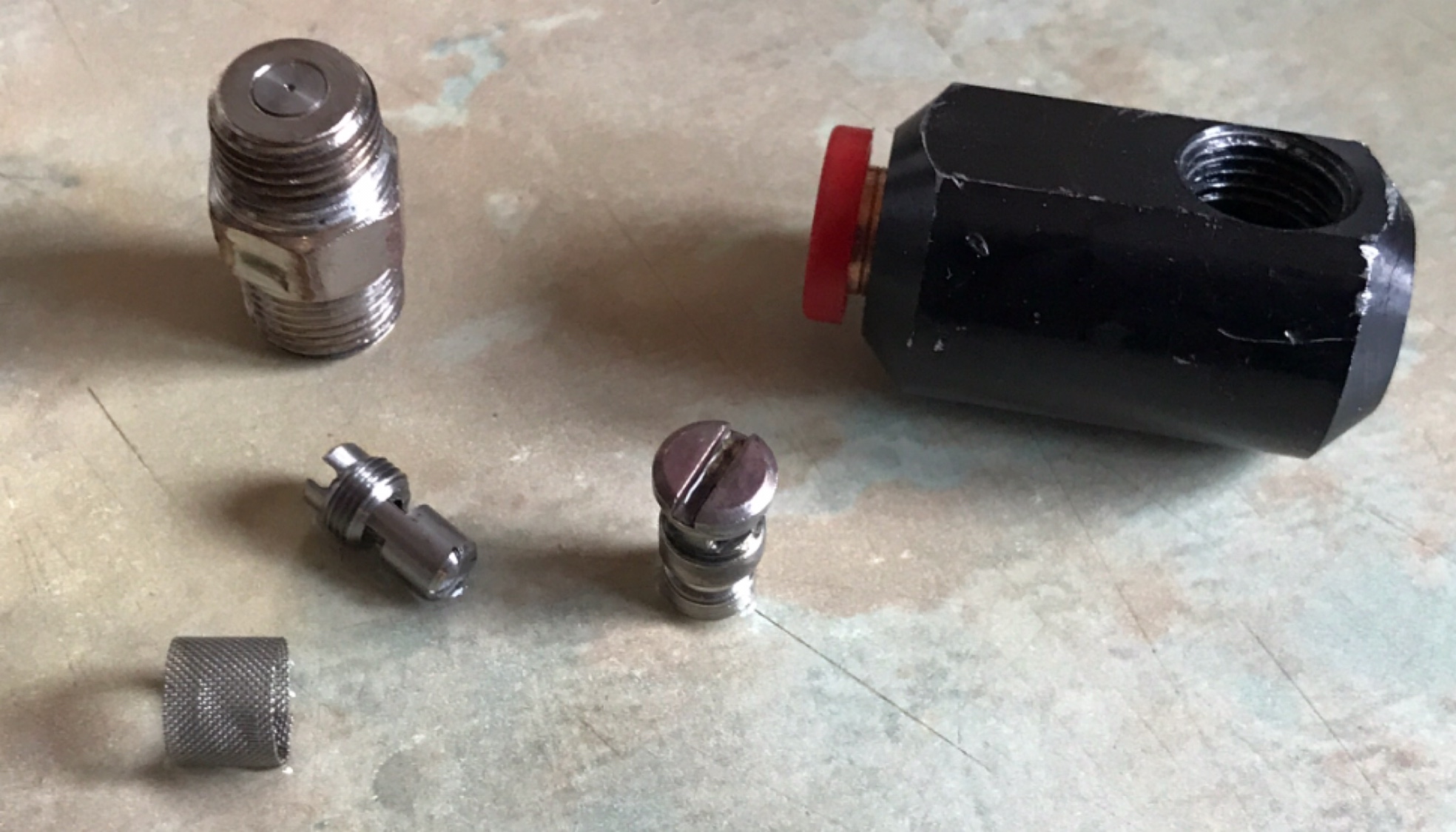 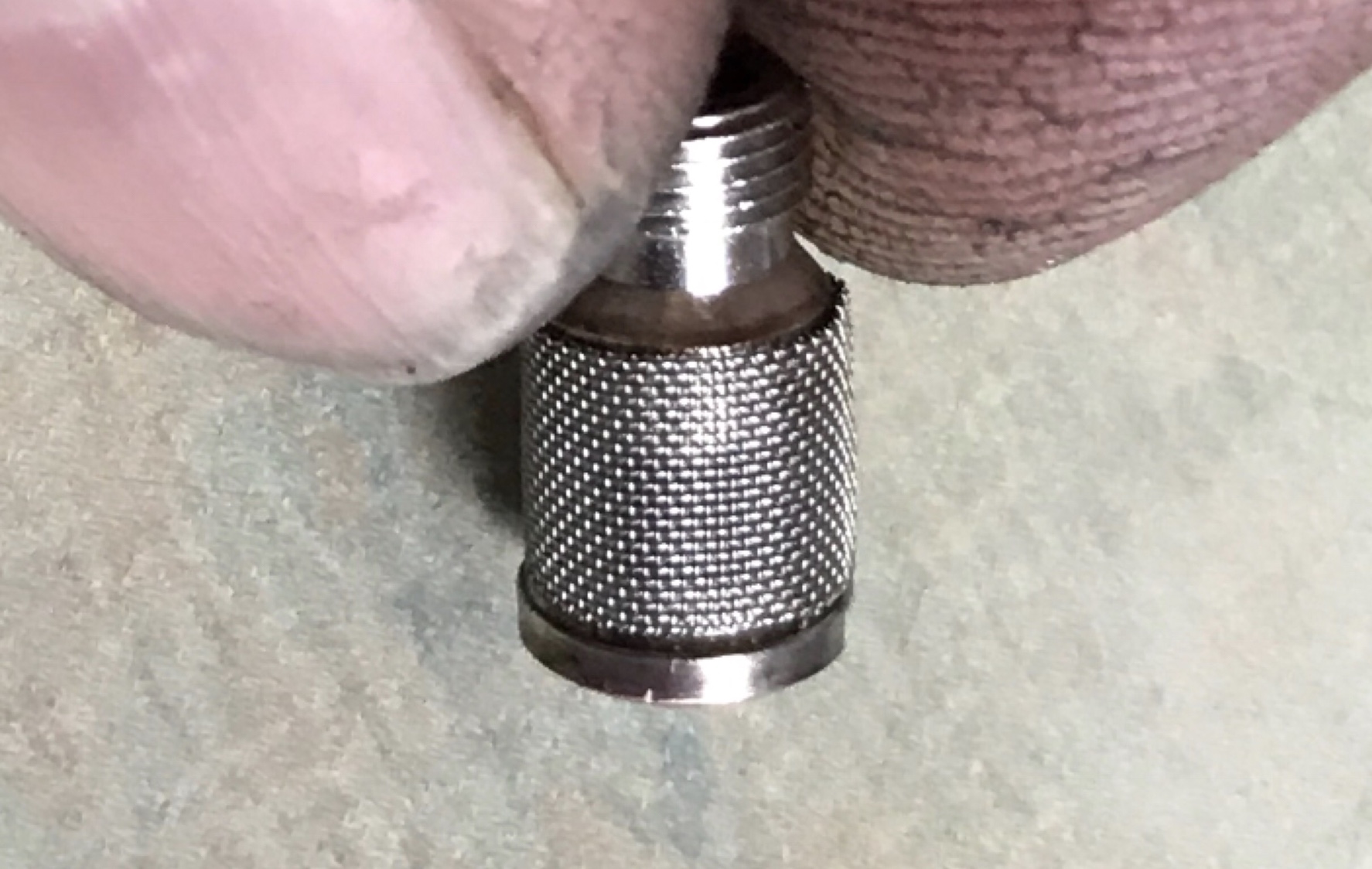 I just thought I’d share what I’d found, maybe everyone else cleans theirs regularly and I’m the only one who’s neglected to check them

lesson learned but I think I will begrudgingly invest in one of those expensive inline filters and check the nozzles every six months from now on
Badger5 built & tuned 2002 S3 8L, billet GT3076r with a few extra powers ​
https://www.audi-sport.net/xf/threads/my-s3-addiction.355233/
Instagram: s3_steve​

Badger 5 Edition...Its all about the flow...

<tuffty/> said:
I clean mine when I notice its not as affective or the meth tank isn't needing topping up lol

How frequent do you think that would be? I was amazed at the volume of sediment in there after around 12 months
Badger5 built & tuned 2002 S3 8L, billet GT3076r with a few extra powers ​
https://www.audi-sport.net/xf/threads/my-s3-addiction.355233/
Instagram: s3_steve​

Done mine a few times before and they were like yours, reminds me I need to check them again.

Badger 5 Edition...Its all about the flow...

S3 Hilife said:
How frequent do you think that would be? I was amazed at the volume of sediment in there after around 12 months
Click to expand...

No I use De-Ionised water, usually buy it from Halfords


Well at least it’s normal then lol. I’ve been using methanol on this car for ~3 years and I’ve had the nozzles out before but never noticed all the crap like this last time. These were both fitted new about 18 months ago (the pics are from 6 months ago)
Badger5 built & tuned 2002 S3 8L, billet GT3076r with a few extra powers ​
https://www.audi-sport.net/xf/threads/my-s3-addiction.355233/
Instagram: s3_steve​