Boost Issues | Do I have a remap? - Logs inside

Hi Gents, been a long time lurker of this forum and have always wanted to get around to do an intro thread. Unfortunately my S3 is a bit sick at the moment and I need your help, but I promise to do a proper intro soon

Problem(s)
- I bought this car completely standard (or so I think), but the ECU is requesting 20PSI of boost.
- Car has felt much more powerful than she does now. Boost feels as if it is coming in much slower than it has in the past (see logs below), but spikes at ± 22PSI
- MAF reading seems to be too high - peaking at 210 g/s


Mods
- Custom 76mm TIP
- 76mm downpipe and decat - stock catback
- HKS SSQV vented to atmosphere
- I bought the car completely standard and as far as I know it has a standard map - However according to the logs the ECU is requesting ± 20 PSI of boost, which is making me doubt whether it is a standard map after all.

Logs - (I've converted to psi in the charts for ease of reading, original logs also included) 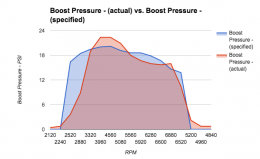 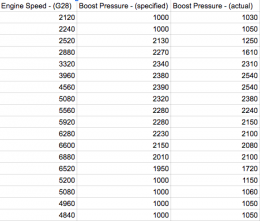 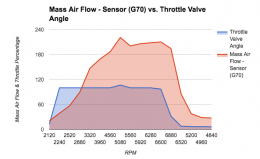 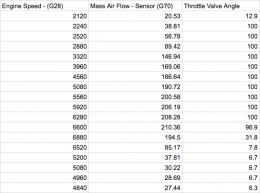 I highly doubt my car is pulling 210g/s or making anywhere near ±260hp with those mods, could this indicate a faulty MAF?

1. ECU seems to be asking for asking ±20PSI of boost, is this normal for a standard map?

2. Holding revs at 3,000 RPM at neutral gives me a maf reading of ±18g/s according to what I've read this should be closer 10g/s, once again at this indicate a faulty MAF?

3. I've also pulled fuel trims after resetting and doing the above logs, my STFTs were -2.3% and LTFTS were -7.8% From what I've read this may also indicate a boost leak, is it possible that this can cause incorrect MAF readings and increased turbo lag?

And a pic of my car for context. Any help will be greatly appreciated 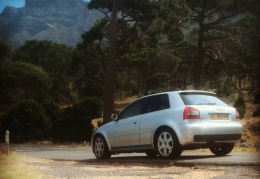 its not std map
**http://www.facebook.com/Badger5Ltd**

That confirms my suspicions... Im gonna do a boost leak test as I don't feel that 210g/s is correct, also pulling ± 18g/s at 3,000rpm seems quite far off from the 10g/s it should be pulling.

Am I right in thinking that if there is a boost leak, the turbo could be pulling in extra air to make up for the leak? Hence the higher MAF readings and negative LTFTs?

S
Anyone using aem boost gauge, I have issues.