The Audi e-tron prototype has been showing just how well it conducts itself – literally – in the cavernous high voltage test bay at electrification and automation specialist Siemens’ Berlin switchgear plant, where experts aimed a flashover voltage at the precursor to the forthcoming all-electric Audi SUV, causing what appear to be bolts of lightning to crackle millimetres above its roof.

The first ever fully electric Audi model may not be quite ready to harness elemental forces, but apart from the obvious connection with the ‘naturally occurring’ volts and amperes fuelling an electrical storm, the association with the speed and power of lightning is also apt as a means of highlighting the significant progress Audi has made in the pursuit of ultra-fast charging for its growing range of electric vehicles. This is reflected in the fact that the production version of the Audi e-tron prototype is expected to be one of the first cars on the market capable of recharging with up to 150 kW at high-output DC charging stations. Around 30 minutes after connection at one of these stations, the electric SUV is ready to set off on the next long stage of its journey. Its large lithium-ion battery provides for a range of more than 248 miles (400km) in the WLTP driving cycle.

Charging on the move: with up to 150 kW at high-power charging stations.

The key feature behind this high performance charging capability, which will be available at high-power charging stations using the European charging standard (Combined Charging System/CCS), such as those in the Ionity network, is the sophisticated thermal management system for the lithium-ion battery. Located in the vehicle floor, it stores 95 kWh of energy to provide a range of over 248 miles (400km) in the realistic WLTP test cycle. By the end of 2018, there will be nearly 200 of these high-power charging (HPC) stations in Europe, each housing six charging points, and there are plans to position them in a total of 400 locations at intervals of approximately 75 miles (120 kilometres) along highways and main transport routes by 2020.

In addition to fast charging with direct current, the electric SUV can also be charged on the move with alternating current at AC chargers, with up to 11 kW standard and optionally with 22 kW. In all, customers can use more than 65,000 public charging stations throughout Europe. Their number will increase significantly in the years ahead. At market launch, Audi will provide e-tron customers with simplified access to roughly 80 per cent of these charging stations with a proprietary charging service. Whether it’s AC or DC, 11 kW or 150 kW – just one card is all customers will need to start the charging process, following one-time registration and signature of an individual contract via the myAudi portal. Billing is automatic and requires no physical form of payment. The procedure will become even more convenient with the function Plug & Charge, which is set to debut in 2019. A card will no longer be needed – the car authorises itself and unlocks the charging station.

Longer trips can be planned either in the myAudi app or directly in the car. In both cases the customer is shown the appropriate route with the required charging points. The navigation system considers not only the battery’s charge but also the traffic situation and includes the required charging time in its arrival time calculation. DC charging stations and most AC chargers throughout Europe are included.

Charging at home: standard with 11 kW, optionally with 22 kW

Audi offers various solutions for charging at home. If desired, an electrician referred by the local Audi Centre will check which charging options are available in the customer’s garage and install the corresponding technology. The standard mobile charging system can be used in two ways: with a charging power of up to 2.3 kW when connected to a 230 volt household outlet and with up to 11 kW when connected to a 400 volt three-phase outlet. In the latter case, the battery can be fully recharged in roughly 8.5 hours. With the optional connect charging system, charging power doubles to 22 kW provided that the electric SUV is equipped with the required second charger.

Together with a home energy management system, the connect charging system also offers intelligent charging functions. For example, the Audi e-tron prototype can charge with the maximum output possible permitted by the home electrical system and the car while also considering the demand of other consumers in the household.

This prevents overloading of the home electrical system. Furthermore, customers can define their own personal priorities, such as charging when electricity is less expensive. If the home is equipped with a photovoltaic system, the car can be charged preferentially using the electricity generated by the system, and charging even considers forecast phases of sunshine.

The myAudi app provides for convenient operation from the comfort of an armchair. It can be used to plan, control and monitor the charging and pre-heating/-cooling of the electric SUV. Customers can set a departure time, for example, so that the Audi e-tron prototype is charged and/or heated/cooled at the desired time. The app also displays charging and driving data.

Additional information about the Audi e -tron prototype is available at www.e - tron.audi . 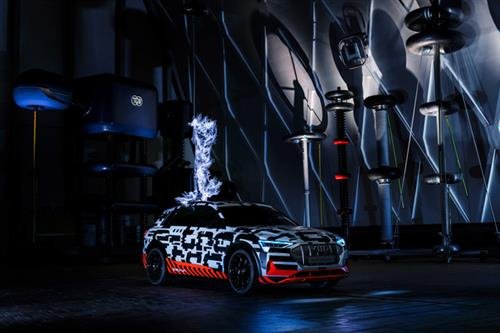 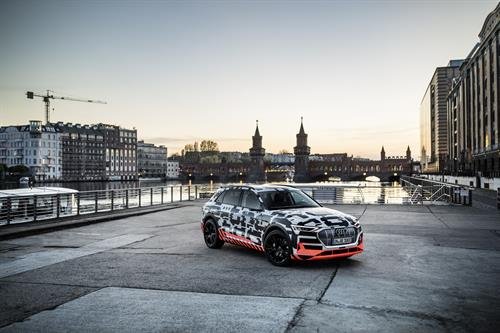 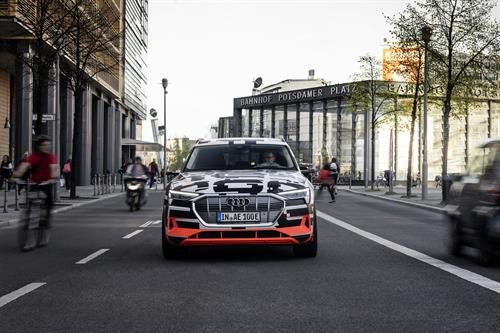 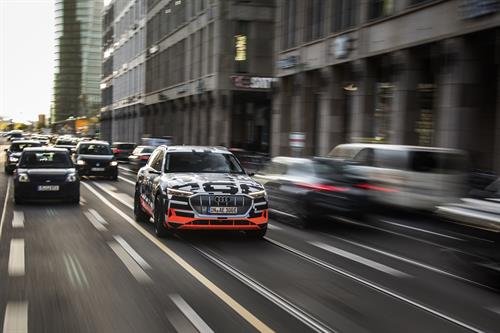 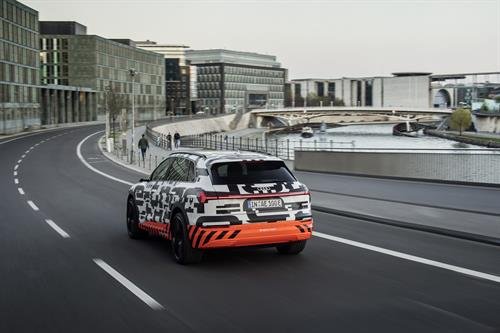 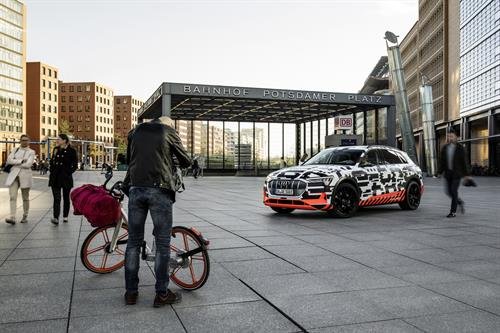 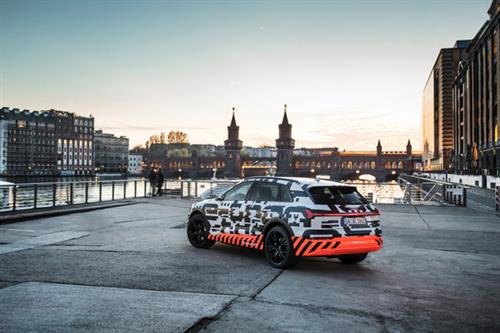