Has anyone else experienced the same?

checking Blackcircles nothing is there, and 0 on Kwik Fit
I

Slightly different to the summer size that you quote and he apparently uses from an earlier post - but looks an option?

Leebroath said:
Hi guys
I’m finding it hard to source an online website who cater fitting 255/40/R21 Winter Tyres
Has anyone else experienced the same?
checking Blackcircles nothing is there, and 0 on Kwik Fit
Click to expand...

isleaiw said:
It looks like @45btvc is using this size now 265/40 21 Continental TS860S winters
Slightly different to the summer size that you quote and he apparently uses from an earlier post - but looks an option?
Click to expand...

Done a few 'catapult' accelerations (6-inches of snow) evaluations too (local side-road - up our relatively steep and snowy side-road) and mega but mega impressed with acceleration 'grip' and braking and steering too, a superb winter tyre. 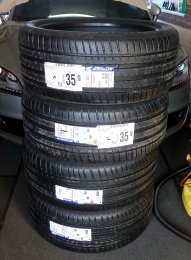 ​
- and the garage smelling wonderfully rubbery... 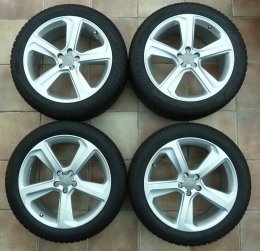 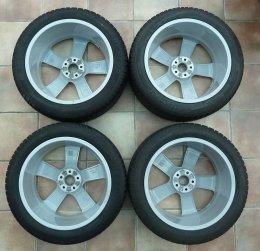 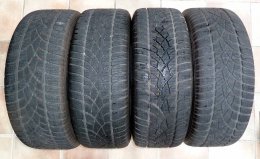 I bought a used set of 20" genuine alloys with as new Dunlop winters for less than a new set of winter tyres would cost. If you've got the storage this is the best option IMO, easier to swap wheels than tyres and keeps the 21" alloys and PS4s tip top for the summer.

Slightly off topic but could all season tyres be an option? I just put a set of Cross Climates on my old A4 cabby and tried them out yesterday in over 6" of snow, it managed surprisingly well. It is a quattro but being sline has less ground clearance than a racing snake so bellying out (and steaming exhausts) were the main issues, traction was much better than the previous PS4s.
08 plate B7 3.0tdi cabriolet quattro, sline, silver, final edition rs4 alloys, shark 270bhp map, leather, electric everything (even headrests) but no heated mirrors?
16 plate SQ5 plus, sepang blue with heated mirrors and other stuff.
E

Buy yourself a set of 20” replica wheels with winter tyres. That’s what I have done and found it cheaper than just buying the tyres in the larger size. Also winter tyres don’t like being repeatedly taken on and off and the sidewalls can go over the period of several seasons.

Another benefit of separate wheels is they can take the hammering in winter from the salt on the roads keeping your main wheels pristine.