Hi all, I'm new on here but have often scoured through posts from time to time.

I have an A4 cabby with roof issues, the roof lifts two inches.

The roof hasn't worked since buying the car and have put up with it for around 2 years, this past weekend I took the motor apart cleaned the comuntator and freed up the brushes (great!) seen this fix a lot of people's roof on here, not mine though my pump never used to make a noise until the weekend when I kind of fixed the motor?? Now it makes a whining noise asif it's pumping, the roof still lifts two inches but if you give it a helping hand it is able to hold how much you have pushed it up, although it cut out when the first section gets to a 45% angle, I have taken the pump apart again and it all looks well and good, only thing noticed is there are 3 round things all with two pin plugs on these get extremely hot! Please could someone shead some light thanks Peter 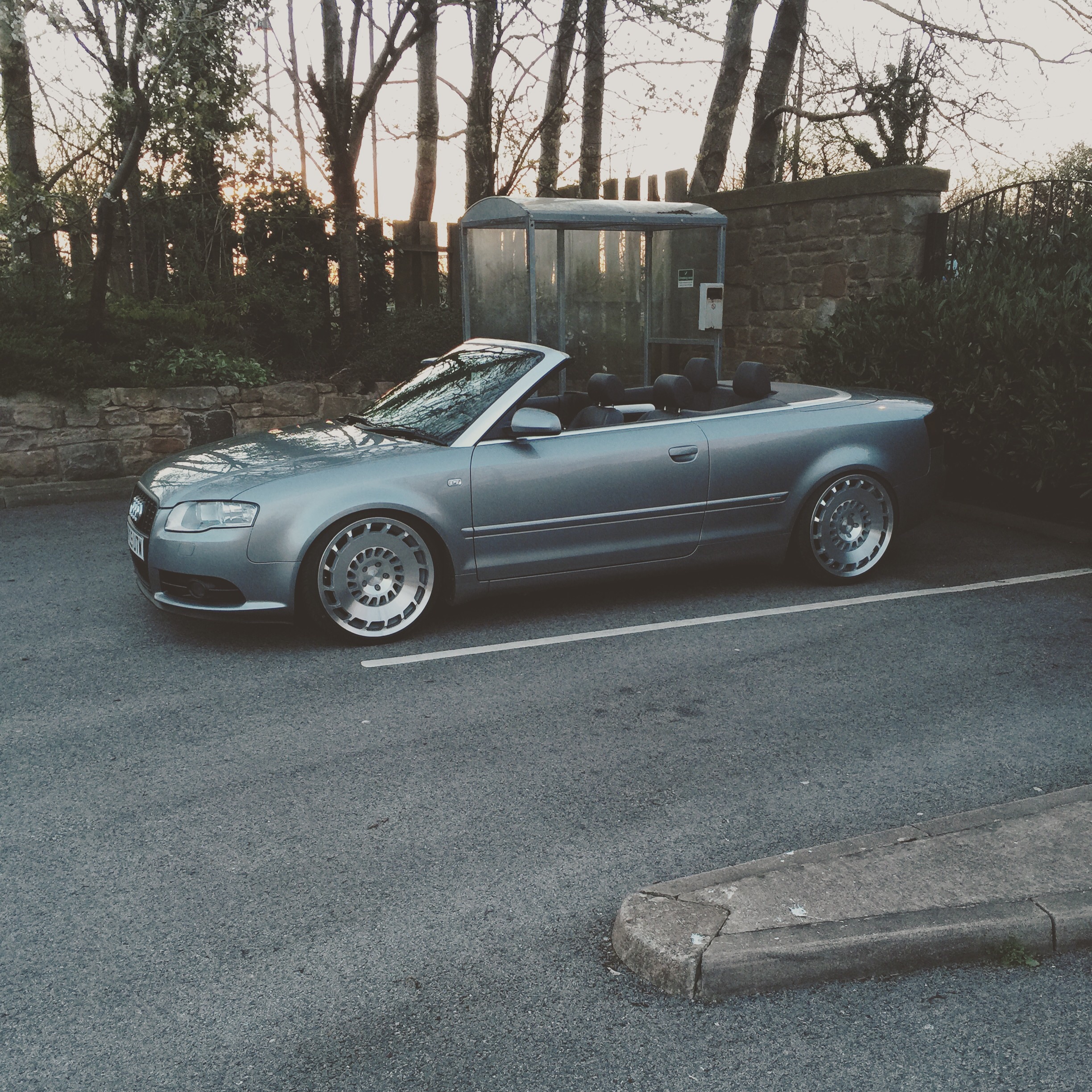 hi and sorry to hear you're having issues with your nice cab, I probably cant be a great help as i'm not really up on these models.
I assume its an hydraulic motor you have, if so and it part opens that would suggest to me that it is motor or hydraulic issue.
if you are sure the motor is working normally then the next point of call would be the hydraulics, if they are not producing enough pressure then the roof wont lift, maybe there is a small pressure leak in the system or you may possibly have an air lock in it.
anyway, there are a lot of very helpful peeps on here that will be sure to assist you in resolving the problem, and be along quite soon.
good luck with it.
Enhanced Brilliant Black Avant quattro 2.0tfsi Special Edition 270bhp
On a Mission for some extra performance from the old bus.

Look for vagpro, he is a member and a genius with roofs. He is also a really nice guy to deal with.

have you checked out this thread, it is in the main section of this forum but here is the link, it may help or direct you to a possible solution to your problem, have a read through it and go from there.
rgds
rob

Thanks for the fast reply, I'm an electrician by trade the motor sounds as though it's working, maybe when cleaning the comuntator I had the pump at a funny angle so the pick up for the fluid was not getting sucked in whilst turning the shaft, creating a air lock, when I first put turn the ignition the roof light flashed around 10 times, thanks again Peter

Another vote for Vagpro! He sorted my roof, superbly knowledgable on Audi roofs and very reasonably priced.

Where abouts in the UK is vagpro? I don't mind traveling to get it sorted. Peter

He's based in Leicester.

Well worth the trip as it'll save you a fortune compared to a dealer.

Shunteruk said:
He's based in Leicester.

Well worth the trip as it'll save you a fortune compared to a dealer.

Only 3 hours away I will give him a message
8

quick question... have you lowered it? and are they 19s?

It's lowered on kw coilovers.

Front is as high as it goes with with the progressively wound spring compressed 8cm so it doesn't rub when going over bumps on full lock, the ride is let's say slightly hard up front

Arches are rolled and pulled front and rear and all liners are cut or modified to suit.

Just and update on the roof situation

I'm going to VagPro on the 23rd

Hope it's sorted there and then

Thanks everyone for your help and suggestions.

If anyone is going to Cumbria Vag I will see you there.

Glad you'll get it sorted. He's obviously king when it comes to this.

Just before you go, I would try a full manual reset to see if it helps at all.

You never know, it may reset faults somewhere.

If never tried do it..it will be a good learning exercise of how it works any way
Stage 3 Q u a t t r o Cabriolet 1.8 T

DrStrange said:
Glad you'll get it sorted. He's obviously king when it comes to this.

Just before you go, I would try a full manual reset to see if it helps at all.

You never know, it may reset faults somewhere.

If never tried do it..it will be a good learning exercise of how it works any way
Click to expand...

Late up date but the roof was sorted by vag pro a few weeks ago, only took 20 mins, easy when you know how, turned out it was my doing! I connected two of the two pin plugs the wrong way around! Couldn't believe it. Thanks again for everyone's help and pointing me in the right direction.

If anyone is any good with glow plugs I could really do with some advice, my glow plug on cylinder one was saying electrical malfunction on vag com, I replaced it, cleared the codes, scanned it all clear, after two to three days the code came back up, I took the cap off the plug reconnected it, cleared the codes and scanned again, now two or three days later my check engine lights back on with the exact same code, it a ngk plug may I add not a cheap copy, I will check the resistance of it tomorrow for 1meg, it's just a pain someone suggested to me that it may be the glow plug relay, my engine is BPW 2.0tdi 140, I have just replaced a lot of sensors (map, DPF, n75) they all look to be working fine, does anyone know the measuring block for the DPF sensor, when I was with vag pro he brought it up and the sensor was previously reading in negative pressure, I did the adaptation though vag com but don't know how access the measuring block.

A
A4 Cabriolet B7 Roof Remote Key

A
A4 Cabriolet B7 Roof Remote Key