Hi all,
car was in the dealers today ( see date ) for a basic interim service.

Whilst there I was advised of an issue with my "Inlet manifold actuator".......stuck / not working or similar and needs replacing.

I'll get round to doing some more intensive research, but in the meantime can anyone offer any help on this?

What is it exactly and where is it fitted on the engine ( Inlet manifold obviously ) before anyone pipes up....lol
Any pics of it? And location?
Prices expect to pay? Audi are around £15 but the labour to fit will make it around £280 all in

I'll probably go with Aud to be fair, but still like to do my research for future reference.

Thanks to anyone with any assistance on this

Ok, so had the car back in at Audi today as this juddering / violent shaking at certain times is concerning.

I've also thought I noticed an increase in fuel consumption too, enough to make sure I get to the root of the cause. Just as an add on I feel sure that the car is under powered from where it would be normally, just a little but definitely there......

Audi tech came for a road test today after I had explained the issuesm then the car was put onto diagnostics and the Intake manifoldactuator again came back as faulty and needing replacing. As already discussed the part itself is around £12 but fitting requires the removal ofthe EGR valve and then the intake manifold, so around 1.2 - 2 hours is allocated and hence a price of £266

I've just decided to bite the bullet and get this done ASAP, and the car's booked in for next Friday morning.........It's a lot of money for what it is, especially at this time, but if it resolves the issue I'll be happy enough.

Of course I'll report back when its done.

I feel I've noted a significant increase in fuel consumption from where I would normally be.
I refuelled today with DIS showing 35 miles till empty and spent £91.00 filling with 61.95 litres of Shell VPower diesel with miles travelled of 469.6

As stated the car is always serviced regularly, has had sometimes 2 oil changes per year, new air filter, new fuel filter in July, was Terracleaned as well as cleaning my EGR valve too.

After all that the mpg was good for sometime, yet recently has begun to drop IMO.

I have also had issues with the car getting to temp I believe so have had my thermostat changed a few weeks ago.

The only thing outstanding is this Inlet Manifold Actuator which will be replaced on Friday at which point I'll monitor it again. Depending on the results I guess I'll be looking at the MAF / MAP sensor ( need to check ) and go from there.

As stated I'm hopeful that the IMA wil resolve my issue.....If not I guess the MAF will be next.
Any helpful comments / suggestions are welcome as always

I'm a little bit confused about what's going on here... I recently had the intake side of mine to bits (it's an 06 with BRE engine), and I'm just trying to work out which part you've had faulty...

There's a vacuum actuator on the inlet itself - there are two ports per pot on the manifold, and this actuator just opens-up flaps over the second on each cylinder. I've not checked ETKA but I expect that'd be about £15; and I suppose the labour for that would be about right because (I wasn't taking too much notice while mine was off) I guess it probably requires the manifold off to replace (just by the nature of the function it performs and how it's likely attached to do so), but I'm fairly confused about how hooking the car up to diagnostics has diagnosed that this is the fault.

For starters there's not an electrical connector anywhere near it, which means it has no self-diagnosis - it'd surely have to be something physically checked and/or detected by something measurable elsewhere - but since it only governs the amount of air/pressure allowed into the manifold, and that isn't referenced immediately before and after the actuator's done its thing, I can't see how measuring air at MAP (if we've even got them - verification with mark one eyeball on intercooler is still on my list) would indicate the actuator isn't opening the extra ports. If there's too little/low pressure air at MAP, surely it could just be a leak of air *somewhere* between the MAF and MAP?

It's probably worth having a poke about at the actuator yourself anyway... it's easy enough to get at - pull the large cover off the top of the engine, and it's on the end of the intake nearest to you - just pull the pipe off [EDIT: well, carefully wiggle/slide the pipe out of the rubber termination on the actuator] and shove the arm back and forth (there's a decent amount of resistance on it - just be careful to apply force to a metal part of the linkage) - with your finger over the pipe connection you should feel the pressure differential if it's suitably airtight.

Just while you're thinking about other sensors... Coolant temperature sender is probably a potential point of failure worth considering for this type of issue too - they're notoriously tempremental, and a hell of a lot cheaper than a MAF (or paying for 2hrs labour to change the actuator again on evidence which might not be all that watertight)...

Just found these on my point & shoot... Thought they might be worth posting if you do decide to see what the actuator feels like.

With the main engine cover removed, you can see the actuator sitting between the alternator and the upper cam belt cover: 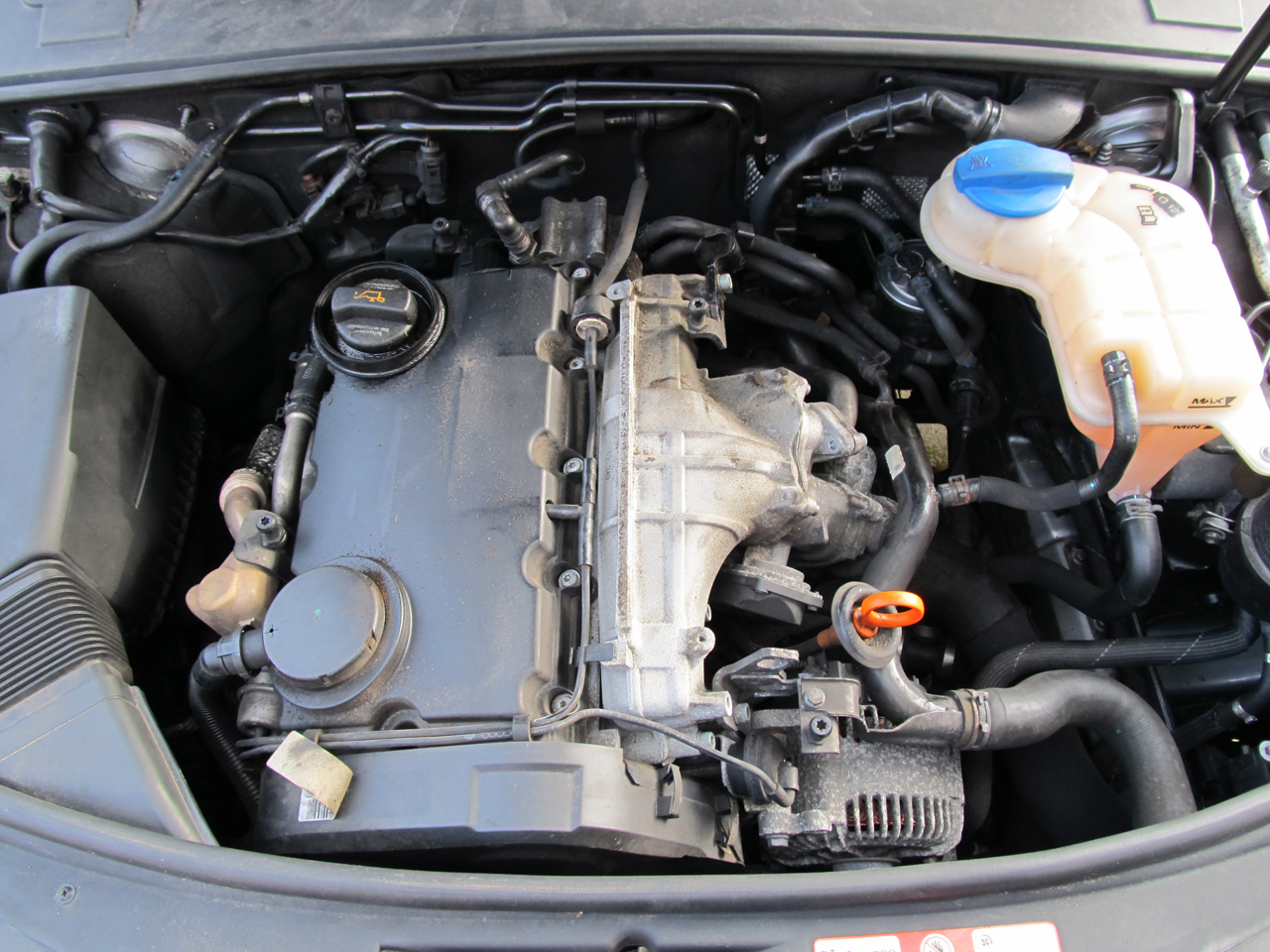 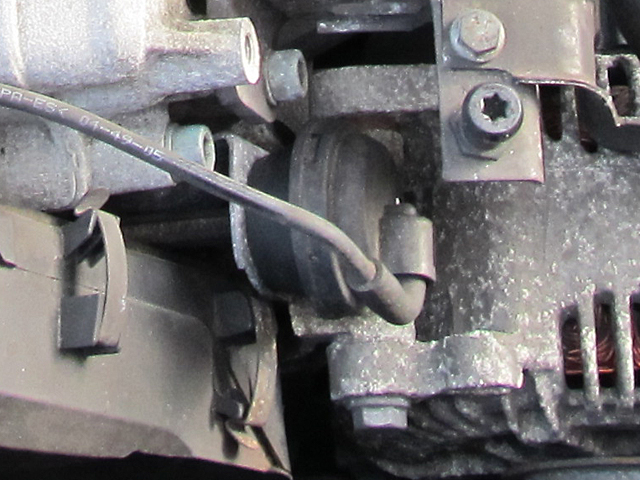 I reckon your best chance is to get in with a flashlight underneath it at something like the 4 to 6 o'clock position relative to its end in this picture - as you can see, the adjacent bracket for radiator top hose is easy enough to release to gain a little bit more wiggle-room: 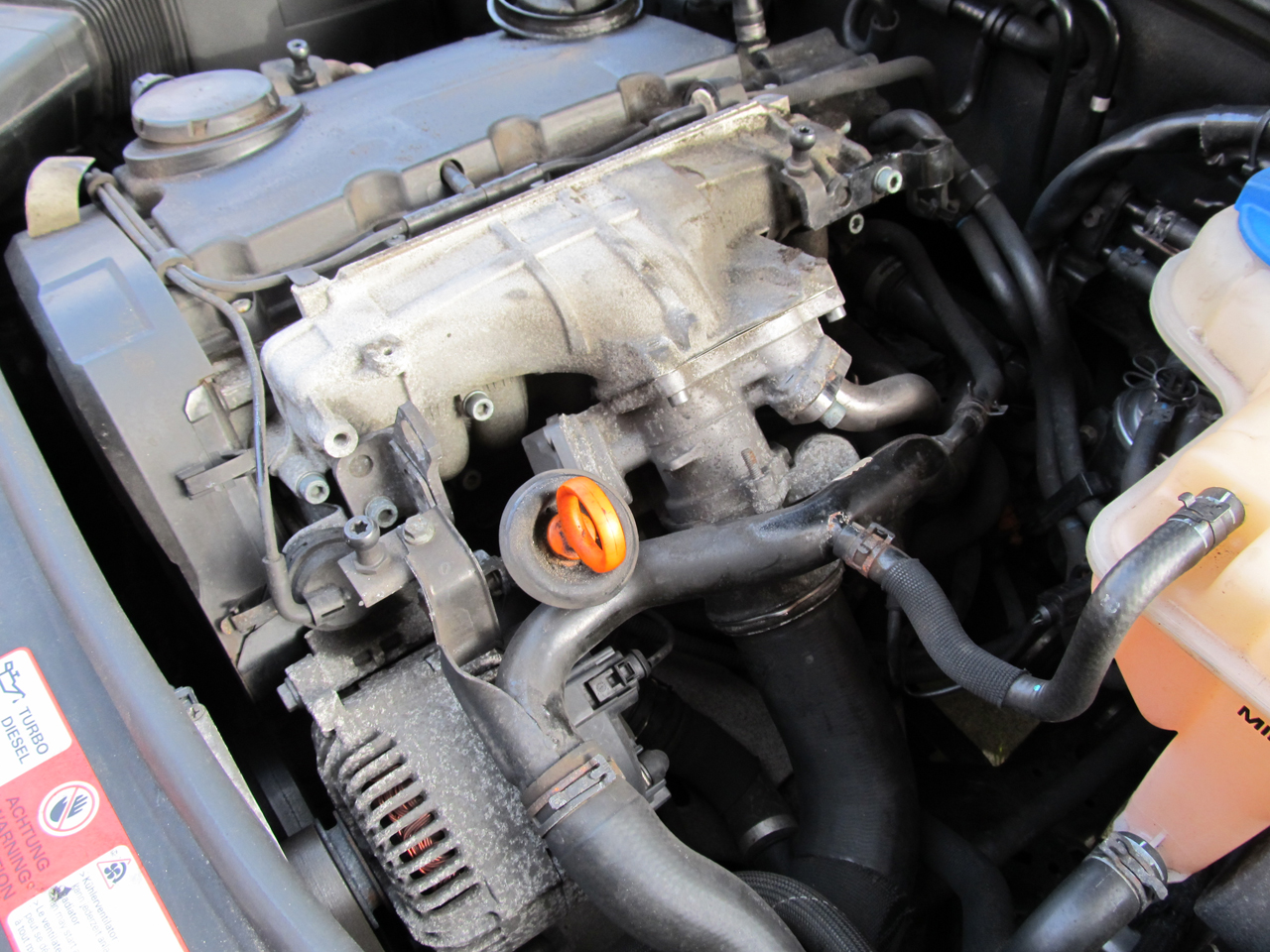 [Just some words to help people who might be searching for photos in future: 2006 A6 C6 2.0 TDI BRE ENGINE BAY OVERVIEW INTAKE SIDE]
[My other car is full of falcon poop]

Hey Fraction one, sorry I've just saw your response as above, thanks.

I've had the intake manifold actuator replaced and the shuddering seems to have been resolved as far as I can tell.......however and as mentioned the car seems to be using wayyy too much fuel and is underpowered compared to normal.
The air filter is relatively new as is the fuel filter ( fuel filter checked by Audi and A ok seemingly ) so all I can think of is MAF issues or split intercooler / leak from hoses somewhere or perhaps fuel pump issue??

I'm hoping it has been narrowed down sufficiently to track it down and resolve now........The problem is no codes showing / no light on the dash making it harder to trace.

Been told I have to replace the inlet manifold for €1000

Been told I have to replace the inlet manifold for €1000