Hi guys, just recently bought a 2009 Audi A3 Sportback Black Edition and loving it at the moment. Drives great, look great and am well pleased. However, I'd love to be able to stream music via Bluetooth from my phone to be played trough the car's system. The car itself has integrated Bluetooth but as far as i know, it's only for calls. I also have a iPod connector in the glove box and tried cheekily to plug a Bluetooth receiver into the 30 pin dock however, although the receiver lights up, no music can be played. I have the standard Audi concert head unit.

Can anyone advise on the most cost effective way to integrate bluetooth without changing the unit. I was also contemplating getting a RNS headunit, mainly for how complete it makes the cabin look but AFAIK that doesn't come with Bluetooth either?

VCDS Map User
Have a look at this if you are thinking of replacing the HU - http://xtrons.co.uk/pb76aa3arp-7-hd...car-dvd-player-custom-fit-for-audi-a3-s3.html

I had one of the really old versions of this and loved it. Comes with BT streaming, among other features, plus it's plug and play. Search Android RNSE on this forum and you'll find plenty of details on them.

Multiple options available with various levels of trade off and budget.

1. Use a Bluetooth FM transmitter
Cheapest option, but a fiddly. Use something like https://m.gearbest.com/car-charger/pp_366802.html

2. Use a dedicated gateway device
For example http://www.dension.com/automotive/products/car-multimedia-solutions/gateway-lite-bt. Hooks up via wires to your stereo, impersonating the CD changer. A more expensive model will even show track information on DIS

3. Use an Android HU like suggested above. Not sure how good the sound quality will be like

4. Use an Apple CarPlay/Android Auto compatible HU like https://www.pioneer-car.eu/eur/products/SPH-DA230DAB

You could go for RNS-E but apart from looks you'll inherit old tech and it will be challenging to find a new unit at a price close to any of the above and not to mention you'll have to install BT separately (£70 or so for a second hand unit on eBay) etc.
2005 A3 8P S-Line Sportback

Best cheap option is definitely Viseeo tune2air, its a bluetooth music streaming device that connects to the iPod connector in the glovebox, sound quality is pretty much identical to CD.

If you go the Viseeo route you’ll need the WMA1000 which connects to the Apple 30pin plug.

Thanks for the replies guys

The thing with other aftermarket HUs imo is that they dont look as good once fitted as the RNS. I like the functionality of the pioneer headsets however, I've seen how they look once fitted and find them a bit weird looking.

I think for now, i'll use a Viseeo or something similar until I can afford the RNS. Came across this on ebay and looks similar to it but do these things actually work?

samuelh_888 said:
It will work but make sure your car has that particular connector. If you’ve get the iPhone dock you may need a 30pin connector. I can’t remember if you have both (thinking back to my 09 A3).
Click to expand...

Just checked. I only have the ipod connector and not the AMI port.

I take it ill need a connector that plugs into tbe ipod connector with a ami port?
C

Hi guys, new to this forum and hoping you can help?
Just bought a 2011 S3 and need to know how to stream from phone. Did a fair amount of research and thought i gaf bought the right bit of kit.....wrong!
It is the same as the one SA95 posted earlier but with a power lead that plums in to cig lighter, but i can't get it to work with the Sat nav plus system.
Pleeeease help.

Cooleeo said:
Hi guys, new to this forum and hoping you can help?
Just bought a 2011 S3 and need to know how to stream from phone. Did a fair amount of research and thought i gaf bought the right bit of kit.....wrong!
It is the same as the one SA95 posted earlier but with a power lead that plums in to cig lighter, but i can't get it to work with the Sat nav plus system.
Pleeeease help.
Click to expand...

samuelh_888 said:
Do you have the ipod connector in the glovebox? If so, that’s enough that run your iPod. What are you plugging into the lighter?
Click to expand...

I have the AMI or MMI? whichever in the glovebox and a 30 pin ipod connector.
I want to stream Spotify from either an android phone or iphone 5SE. I thought the blutooth adaptor with power supply would do this but no success!
Last edited: Apr 22, 2018
C 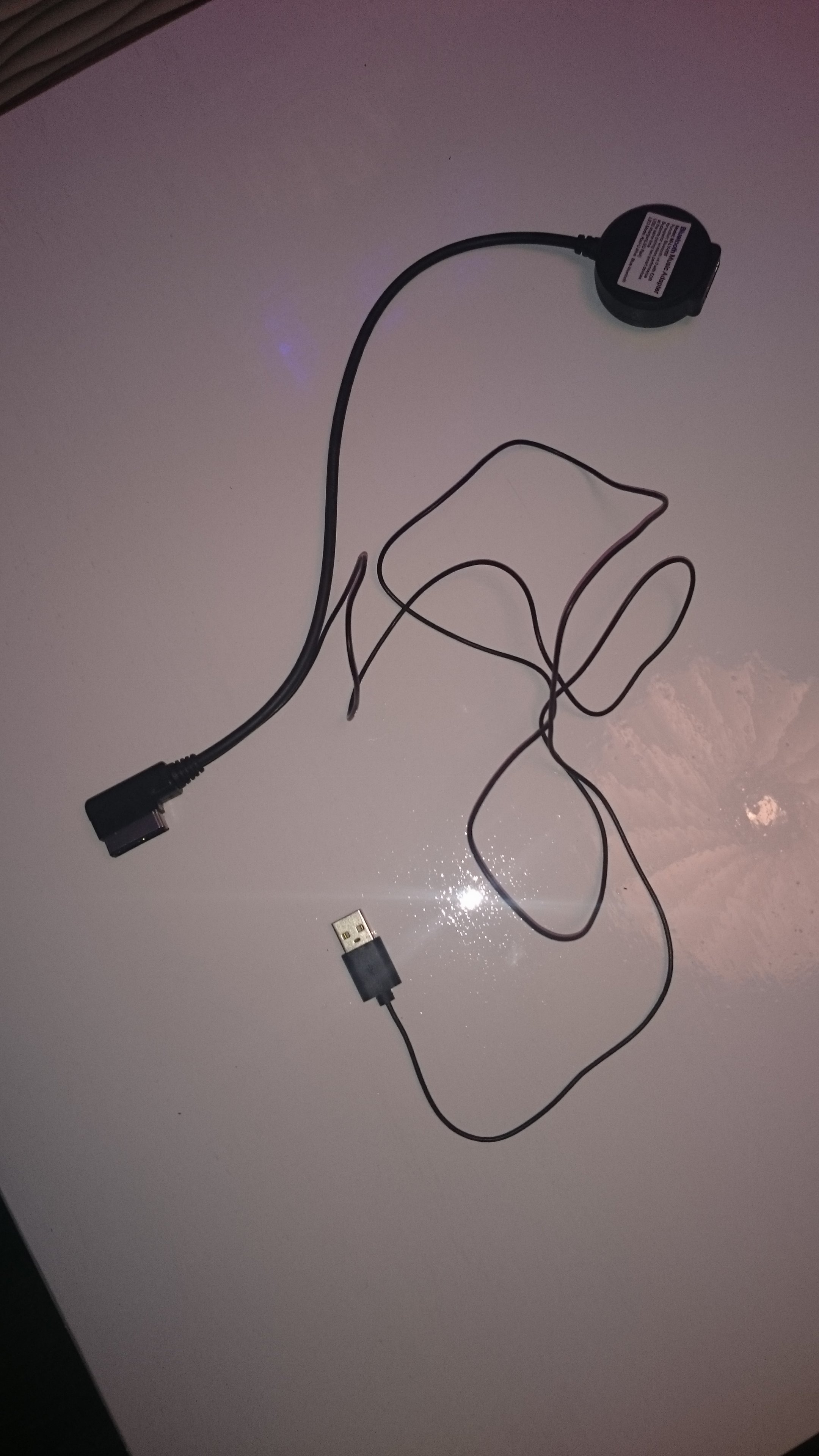 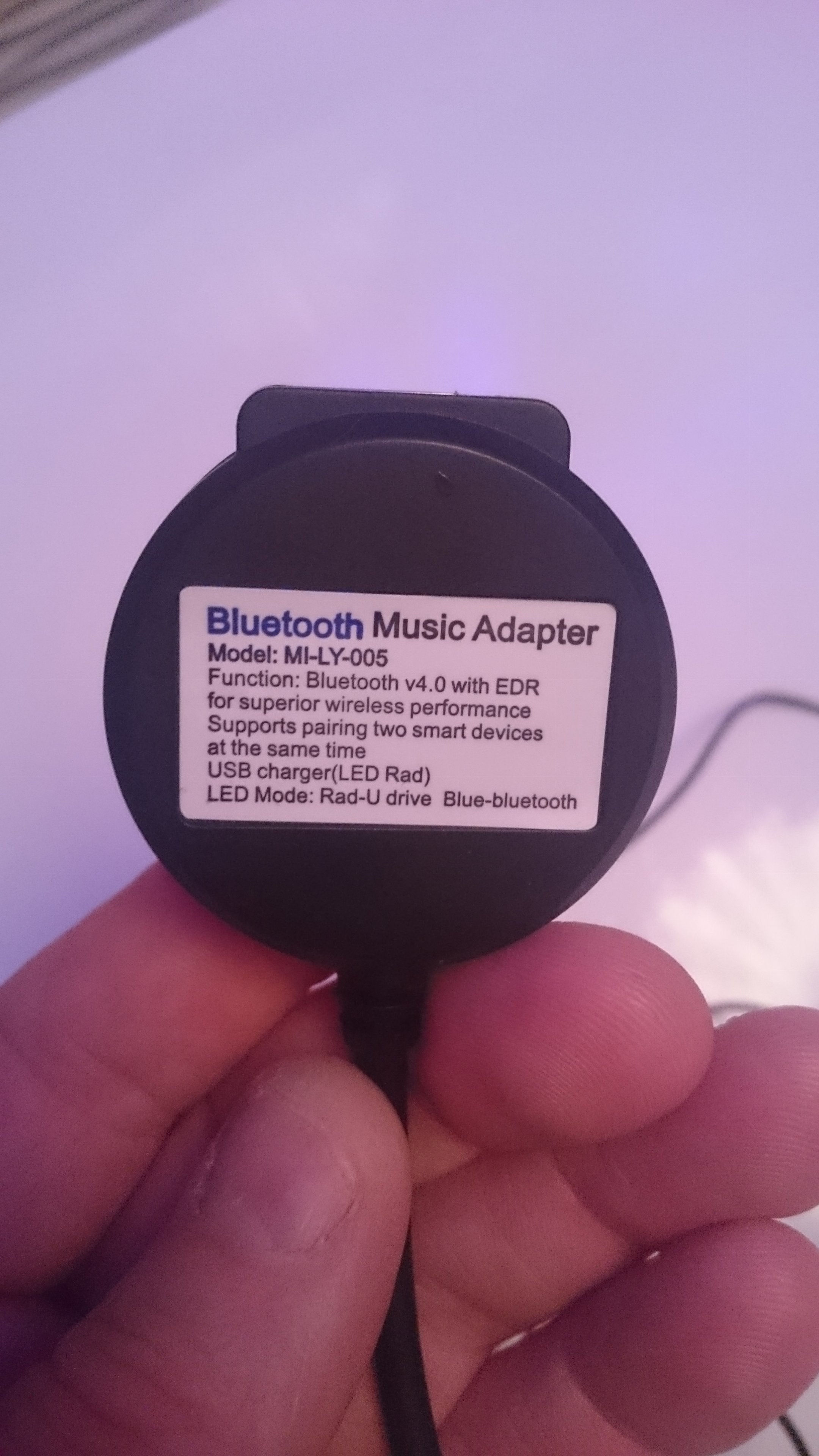 Cool, never seen this Bluetooth connector before but no reason why it shouldn’t work.

On my MMI, I use the Viseeo WMA3000 which is fine but I need to turn the volume right up on the RNS-E before any sound comes out.

I currently just used a cheap and cheerful Bluetooth to FM lightersocket gadget. Cost about £9. Works alright but i does struggle sometimes and can sound "muddy", but i only find this on a few songs so guess it can't quite translate the data fast/well enough..or signal gets saturated from so many instrument layers?

I am looking to get an xtrons HU soon through as it looks oem and can have deezer and waze side by side. Eliminating the phone (except for maybe wifi access)
NULL

Bluetooth for calls and music streaming

B
Audi A3 Sport 2011 Bluetooth Streaming